You are here: Home / Community / Siblings sold toys to support hospital foundation as thanks for helping their mom

After watching their mom go in and out of Huntsville Hospital for medical treatments, Fleming siblings Paisley, 7, and Oliver, 4, wanted to help make a difference by selling their toys at a yard sale and giving the funds to the hospital.

Amanda Fleming has struggled with ulcerative colitis for most of her life and is very passionate about parenting with a chronic illness, something she advocates for on her Instagram feed @muskokamamabird.

After arriving home from one of her largest surgeries to date, Amanda was faced with some serious complications that resulted in a stay at the South Muskoka Memorial Hospital site for an additional three weeks—part of which extended into Ontario’s first COVID state of emergency.

“I felt very lucky to have the quality of care I received close to home. All of my doctors in Muskoka have made a huge impact on my recovery and continue to do so,” said Amanda. “Dr. Jessica Reid oversaw my case after surgery, she was so down to earth, and really made the kids feel seen and included.”

Early in the pandemic in 2020, Amanda and her kids were doing some spring cleaning when the idea for a toy sale formed.

Amanda had only been home a few weeks and talk of healthcare workers was fresh in the kids’ minds.

Paisley and Oliver thought that instead of donating toys they no longer used, they would sell them and donate the money to Huntsville District Memorial Hospital.

“I wanted to help all the people working there,” said Oliver.

“The hospital has helped my mom so much, and that’s why we wanted to give them the money we raised to say thank you,” said Paisley. “And for taking care of her and everyone else, too.”

In May 2020 they held a yard sale at their house and sold ride-on toys, puzzles, chairs, bikes, movies, and baby items, making a total of $50 to donate.

They delivered their donation to the Huntsville Hospital Foundation last week.

Amanda has been at the infusion clinic at Huntsville Hospital countless times, so the kids’ donation will be directed there.

“We’re incredibly proud of these kids that we’re so lucky to call ours,” said Amanda. “What they did might just seem like a simple good deed, which it is, but It’s also so much more than that. It means that they see how hard people have been working around the world, and right in our own community to look after each other. 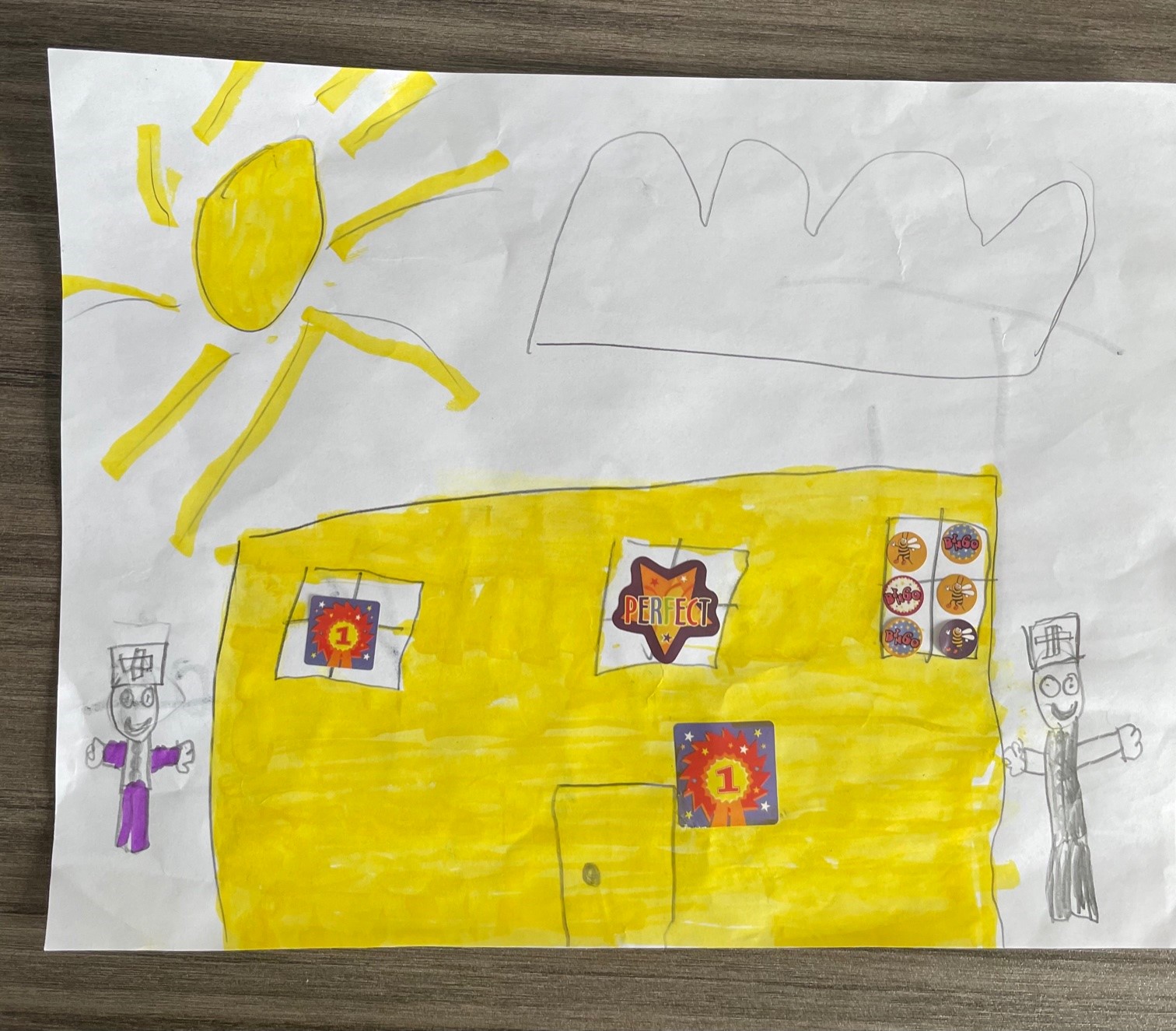 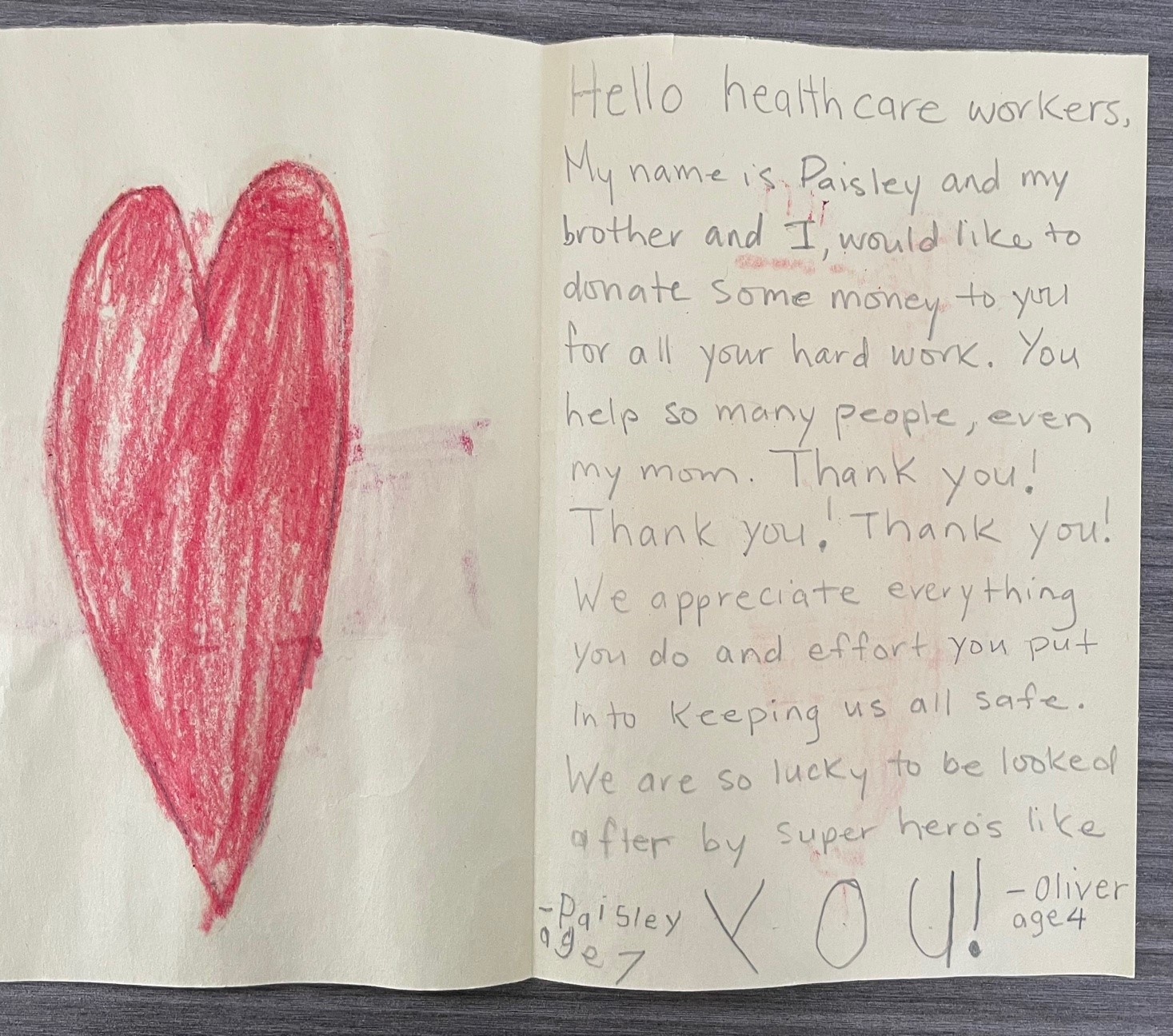 Although she is just seven, Paisley is not new to acts of kindness. For her birthday last year, she asked that people bring donations for the Muskoka OSPCA and Muskoka Lakes Public Library instead of gifts. She was able to donate cat and dog food, treats, towels, and necessities to the shelter, as well as books and more than $100 to the library.

“It was so fantastic to see how it built her up, and filled her heart. It raised the bar to bigger and better expectations of herself,” said Amanda.

Paisley and Oliver said they can’t wait to continue to be involved in initiatives like these in the future to help their community.