You are here: Home / About Doppler

Doppler was created to connect our community with issues that matter.  Today people expect more from their news source.  We will provide it. READ LOCAL.

Doppler – Digging deeper to bring you stories that matter

We saw a need in our community, a need in fact that exists in communities across the country, to bring back local news.

We strive to be the primary news source for people wanting to know what is happening in their community. We provide local news that is relevant and timely, with an emphasis on stories that dig deeper. We give the readers stories that matter. Our mantra is local.

We are interested in what you are doing: what your kids are doing. We are the go-to site for everything happening in Huntsville and the extended local community. From beautiful photography, to news and sports coverage, to strong and provocative opinion pieces, to bus cancellations, we are working hard for you. We are also providing an easy way for you to interact with Doppler and we encourage you to participate. We value your opinions.

Today people expect more from their news source. We provide it. 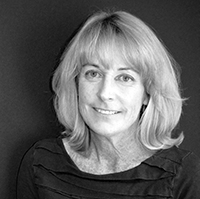 Elizabeth Rice has an extensive background in publishing. She was a long-time publisher of the Huntsville Forester and co-publisher of the District Weekend and the Muskoka Advance. During her time with the Forester, the newspaper won many editorial and advertising awards, often being named Best Newspaper in its circulation class. Elizabeth was honoured to serve two terms on the Ontario Press Council. She has been involved in many committee projects and committees, most notably the establishment of Chrysalis Women’s Shelter in Huntsville and the building of the Algonquin Theatre.
Hugh Mackenzie
Chairman 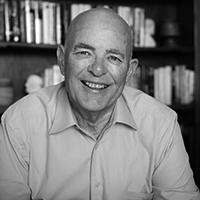 Hugh Mackenzie has extensive experience in communications and strategic planning, most notably in broadcasting and print media, and as founding CEO of Enterprise Canada, a national communications and public affairs firm. He served as a Trustee on the Muskoka Board of Education, as Chairman of the District of Muskoka, and for two terms as the Mayor of Huntsville. He has also served as Chief of Staff to an Ontario Premier, has been a member of a number of Provincial and National Boards, including Chair of the Ontario Health Disciplines Board, and has been an executive Board member of The National Theatre School of Canada and Roy Thomson Hall.
Matthew Mackenzie
Vice President, Corporate Affairs 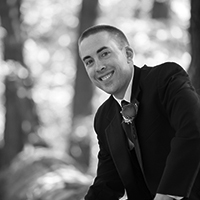 Matthew Mackenzie is a Government Relations and Strategic Communications professional with a background spanning industry associations, private sector consulting, publicly-traded corporations, and post-secondary sectors. He has worked in federal government relations with the Canadian Bankers Association and was a Communications Consultant and Manager of Government Relations for one of Canada’s leading Government Relations and Public Affairs consulting firms. ‎Following that, Matthew took on a role for Canadian Tire Corporation Ltd. where he was responsible for government relations for Ontario, Manitoba, Saskatchewan, Alberta, and British Columbia for the Canadian Tire Family of Companies (CTFOC), including the Canadian Tire Bank, Canadian Tire Gas+, Mark’s,  FGL Sports (which includes Sport Chek and Atmosphere), and their national Jumpstart charity. Matthew is currently working in a government relations role at one of Canada’s newest universities – The University of Ontario Institute of Technology (UOIT).
Ben Boucher
Vice President, Operations 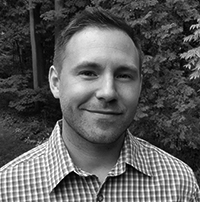 Ben Boucher has been an educator at the secondary level in the Waterloo Region District School Board since 2007. Specifically, his teachables include history, politics and geography. His teaching philosophy places emphasis on authentic learning and the role of technology in the classroom. In addition to his role as an educator, Ben has been involved in a variety of different programs within his school board. Among his current initiatives are his role in his school’s Assessment, Evaluation and Reporting Implementation Team, District Support Planning Committee, and with the WRDSB Geography Digital Learning Project.