You are here: Home / Uncategorised / A Sponsored Profile / What should be the future of Huntsville’s Town Hall? Have your say!

Beautiful as it is, solid as it seems, Huntsville’s historic Town Hall is showing its age—its foundation leaks and is in need of repair, it’s woefully inefficient compared to modern construction,  and it struggles to meet the current standards for accessibility.

It has also become too small for the growing municipality it supports—when Town Hall was built in 1926, it served a population of about 3,000, a number that today exceeds 20,000 year-round residents and thousands more seasonal ones. In some departments, three staff members share an office built for one. Council Chambers are often packed to the rafters for public meetings.

Town Hall has been renovated a few times over the years. There was once an auditorium where Club 55 is today. A caretaker’s apartment occupied what is now Council Chambers. In 2006, an addition was built to house the Algonquin Theatre. And it is in need of a revamp once again. 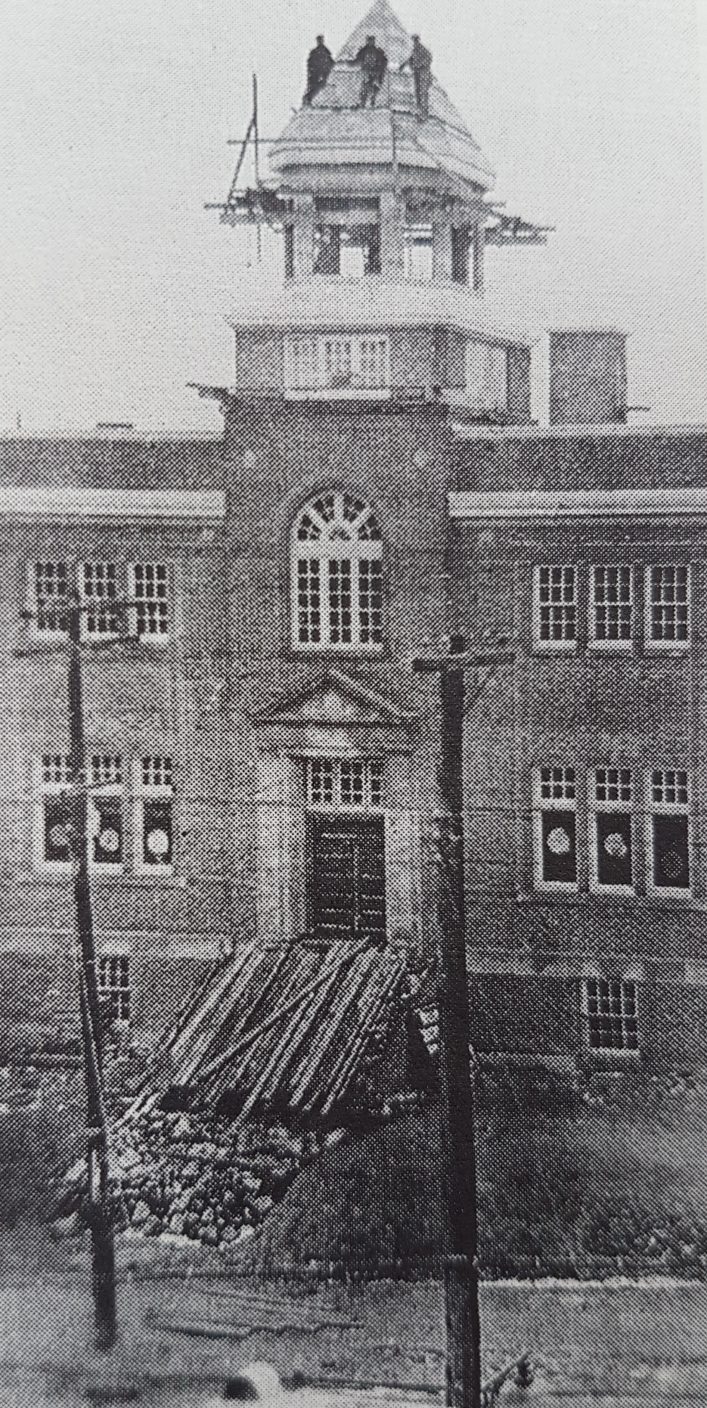 Huntsville’s Town Hall during construction in 1926 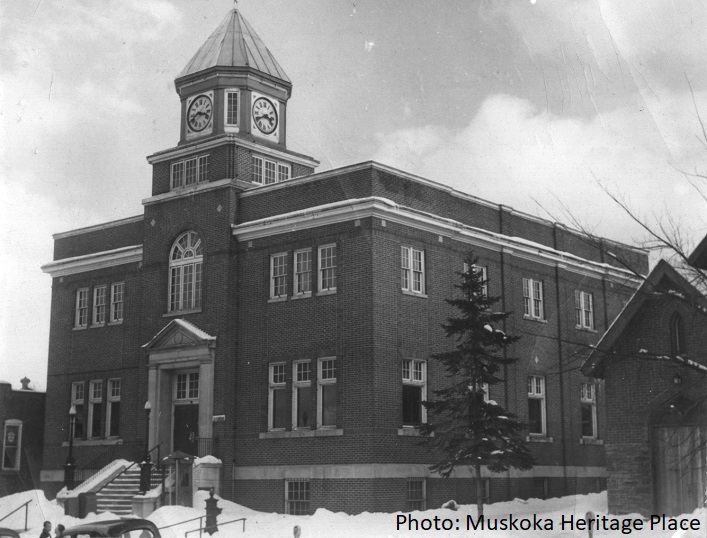 “I think council agrees that it’s important for our municipal office to continue to be somewhere in the downtown core. And we think that the building itself is certainly one of the most architecturally interesting buildings in our core and worth preserving,” said Mayor Aitchison. “We started the working group to identify some of the challenges that we have, identify the real positives and strengths of the building, and also look into the future a little bit to see what our needs as a community will be 10 or 20 years from now. And we want to engage the community in the whole issue as well.”

The municipality will be hosting two open houses to give residents a behind-the-scenes tour of Town Hall and provide information about the history of the building and its current challenges. Anyone interested in providing input into the future of Town Hall can complete an online survey.

“We want people to think boldly about it, and I think council needs to be open to other ideas,” said Aitchison. “Maybe it’s not the municipal office anymore. Maybe the whole facility becomes a cultural hub and a new municipal office is built nearby. What makes sense for our growing community? That’s what we’d like people’s ideas on.”

He encourages everyone to participate in the process. “This is their Town Hall, this is their Main Street, this is their town, and it’s their own money. Whatever we do, money is going to be spent on it. This is a pretty engaged community, and I’m pretty sure we’ll get lots of comment and lots of input. But I want people to make sure they have their say, and we’re making sure they have lots of opportunity to give it.”

The Town Hall open houses will be held on Saturday, August 17 and Saturday, September 14 between 10 a.m. and 12 p.m. You can complete the Town Hall survey online any time at myhuntsville.ca.