Sarah Shaw’s passion is to bring peace and comfort to the people of Muskoka, her adopted home — she’s originally from Scotland — and the place she describes as “truly magical”.

Sarah spent most of her adult career in the corporate world, running a multi-million dollar company. But that life took a toll: her mental health suffered due to the stress of running such a large company and an alcohol dependency. She realized that it was time for a major life change.

“I was really, really struggling and deeply unhappy,” said Sarah. “My business involved me travelling to developing countries and the more I saw, the more I battled with the suffering that I witnessed which led me to question the purpose of my own life.”

While living in Toronto, she began to incorporate meditation and yoga into her life. It was a start, but it wasn’t enough. She needed a bigger change.

After committing to doing yoga for 13 days straight, Sarah realized that her yoga practice and meditation was bringing her more comfort and healing than years of over-drinking and therapy ever had. Without a second thought she signed up for yoga teacher training, not really sure where it would lead her but she needed to understand why it helped her when so many other things had not.

“This was when I felt the universe take over,” she said. “I knew I was meant to do something with meditation and do some good in my world. But first I needed to heal too.”

In 2016, Sarah moved to Muskoka with her husband, where he was originally from. Over the next few years, she began practicing heart-based meditation and became a certified Ayurveda Practitioner and Spiritual Counselor. These ancient healing modalities helped heal her from years of stress and anxiety, and more than that offered her a way of ‘being’ in a world that is far from perfect. She discovered how to access a place of calm and peace and joy — a very new and welcome experience for Sarah. It was such a transformation that she knew she had to share what she had learned with others.

In May 2018 she opened Veda Yoga in Bracebridge and in June 2019 she opened a second location in Huntsville.

“People are often told to try out yoga by their friends or doctors for the physical benefits of the practice but end up getting so much more out of it than they expected,” said Sarah. “My passion is to help people who are stressed, lost or suffering to find peace and bliss — even when life is not going our way.” She adds that she and her team are there to create a culture of love and compassion for their clients.  Everyone is welcome. 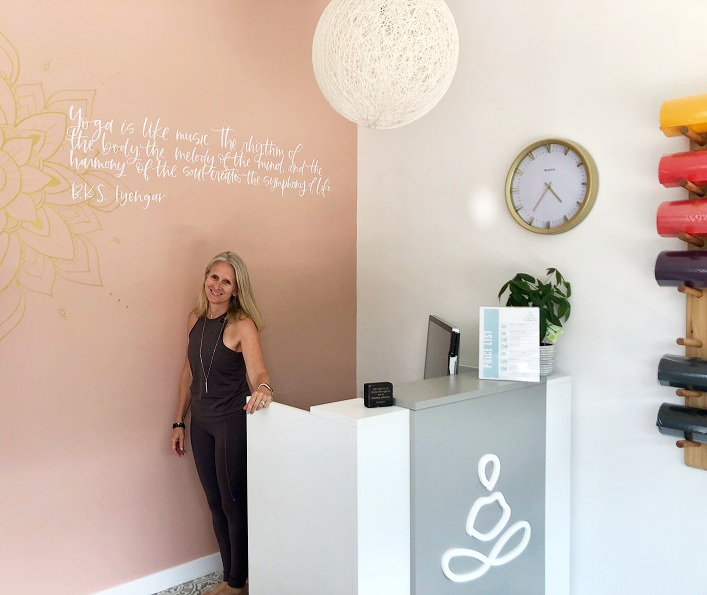 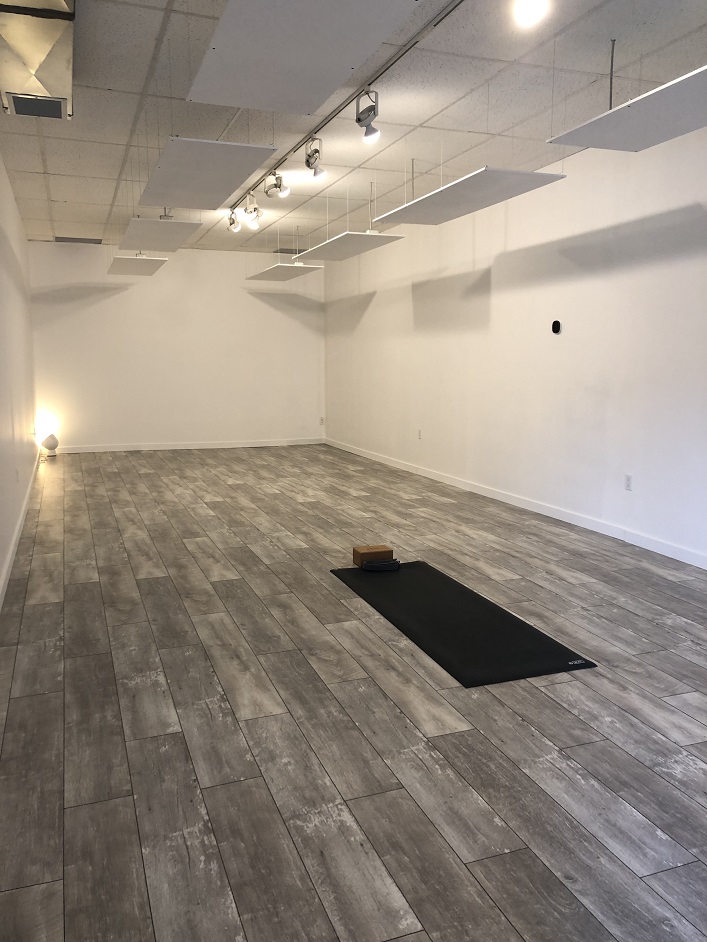 Between the two studios, a team of 14 teachers teach everything from light yoga (called Veda Light) which is suitable for beginners and those with aches and pains, to Shred, HIIT, and Barre classes which are designed to add a fitness element to your yoga practice. Most of the classes are heated using far-infrared heating for its therapeutic benefits.

Mom and Baby classes will start in the fall.

Sarah also offers free heart-based meditation training and classes, her way of giving back to the community.

“I wanted to offer a space of love and healing for those looking to meditate in a community,” she said. “It could be for anyone who just needs to wind down or is struggling with mental health issues. If you even just want to come and lie there and listen that’s more than fine with me.”

Join Sarah and other members of the Veda Yoga team for the Huntsville grand opening on Sunday, July 21 from 11 a.m. to 2 p.m. The celebration will be in conjunction with her neighbouring business ORBIS Barbershop and Salon, owned by Stacey Thornton. There will be information sessions, a ribbon-cutting ceremony with Mayor Scott Aitchison, goodie bags, door prizes and more.

This is a sponsored story paid for by the featured advertiser.