You are here: Home / Uncategorised / A Sponsored Profile / Summer is made for outdoor groovin’

Print
CONCERTS ON THE DOCK
Where: Town Docks
When: Wednesdays in July and August, starting at 7 pm
What to bring: a toonie (or more!) for the musicians, a lawn chair if desired, and a friend

“The very talented Gina Horswood will be kicking off the series, fresh off her cross-Canada tour,” he says. “Then we’ve got some new additions to the line-up plus some crowd-pleasing favourites returning this year.”

New to Concerts on the Dock are Big East on July 13, Grady Kelnick on August 24 and, to wrap up the series, Concious on August 31. Juan Barbosa, a new addition in 2015, will once again rock the docks on August 3.

The ever-popular Northern Lights Steel Drum Orchestra (July 20) and The Cameron of Lochiel Pipes and Drums (August 17) are back for repeat performances, as are classical and folk favourites the Muskoka Concert Band (July 27) and the Fern Glen Fiddleheads (August 10).

“There’s amazing variety to please just about everyone,” says Huddlestone. “All of the musicians are local and all of the money collected at the performance goes straight to them. We’re happy to support our talented local musicians this way.”

Concerts on the Dock are exactly what the title says: an open air concert on the Town Docks every Wednesday in July and August. Natural seating is provided by the stone rows in the park and, with the Muskoka River as the backdrop, the setting can’t get much more Muskokan.

“Some people arrive by water and choose to stay in their boat for the show,” says Huddlestone. “Others will enjoy the performance from On the Docks Pub or they can even listen in across the street at Café Wilgress.”

Admission is by donations collected during the show – a toonie is the suggested minimum with many audience members donating more in support of the musicians. Concerts begin at 7:00 pm at the Town Docks. Bring a lawn chair and a friend! 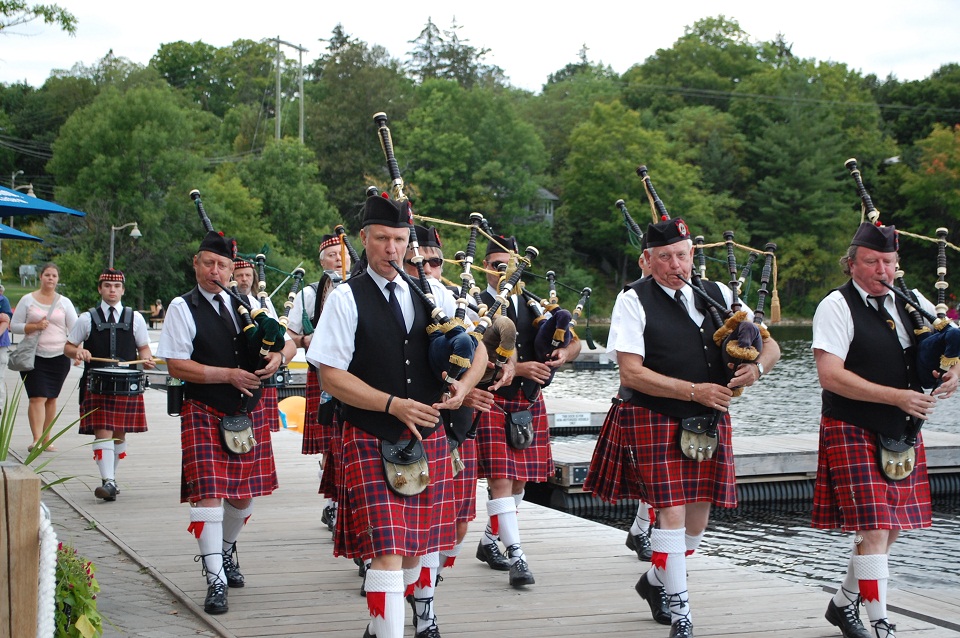 The series will remain at the docks – a location that’s had rave reviews since the switch there three years ago. The new River Mill Park bandshell will be used for other community performances throughout the summer.

Meanwhile, at the Algonquin Theatre this summer, there’s a wide range of performances including teen-pop sensation Tyler Shaw, Hey Rosetta! and Bruce Cockburn. Check algonquintheatre.ca for shows and tickets.