You are here: Home / Business / Opening a business during a pandemic

Starting a new business can be a challenging and daunting experience on its own, but throw in a global pandemic that shuts the world down and brings an economy to its knees and it creates a new and unique situation.

That was exactly the scenario for Cheryl Wilson, who had originally planned to celebrate the opening of her new store, The Friendly Fox, on Huntsville’s Main Street on March 13, 2020.

However, COVID-19 made that impossible.

While the virus may have delayed the store’s opening, it did provide a silver lining for Wilson: her daughter, Jewel Keeter, a.k.a. singer-songwriter Stevie Jewel of Nashville fame, was quarantined on the Canadian side of the border and has been able to assist Wilson and her sister Vanessa Jones in the development of the store.

While Keeter said she had always been part of the creation of the store, she hadn’t intended to be this involved. “At this particular time I am here because of COVID,” she said.

“In January I was in Nashville and at that time we had no idea what this [COVID-19]  was going to turn into. I came back in mid-February and had a trip planned to go back to the U.S. in March, which was cancelled.”

Wilson and her daughters make a formidable team when it comes to creating a unique store.

Wilson is the owner of multiple businesses including Muskoka Millwrighting and Machining (MMM), Jones and her husband own and operate Up North Games, and Keeter brings her social media talents to the table, as well as her expertise in purchasing.

The creation of The Friendly Fox sprang from Wilson’s desire to showcase the artistic side of MMM which is an industrial business of metal design and implementation, Keeter said. They’d had the idea for the store for a few years, but the timing was never right.

But then the ideal storefront location became available, and Wilson began to set up.

Keeter said if someone has an idea in mind, MMM can make it come to life. The spiral staircase in the store is a good example, one that highlights the uniqueness of the metal work. “Each step has its own design and the railing features dragonflies,” Keeter said.

In addition to the metal work, they wanted to include unique items from across Canada, with a special focus on local talent.

They have brought in bath teas from British Columbia and bracelets by Matilida August from Nova Scotia, Keeter said, as well as Serendipity Candles from Collingwood and local craftspeople like Muskoka Twig and Baggy Pants. 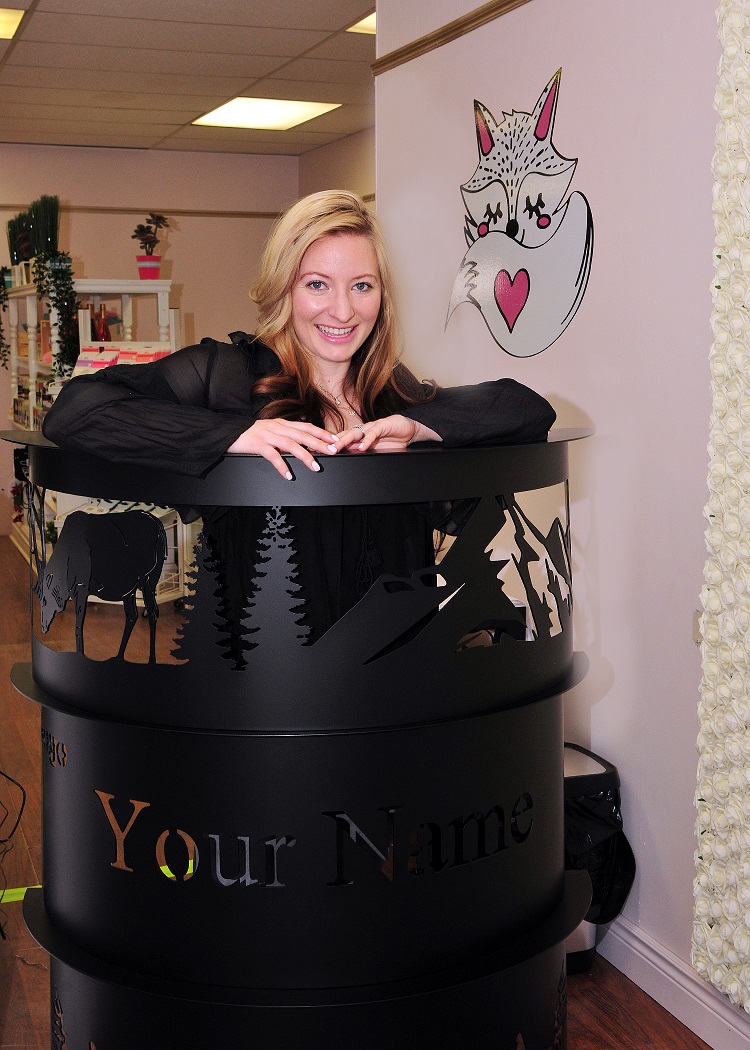 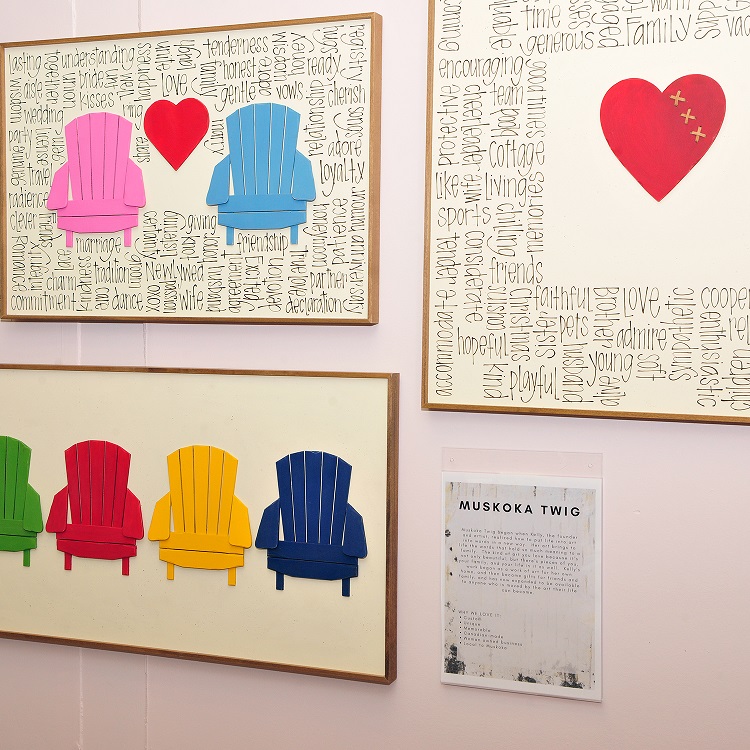 The Friendly Fox features metal work by Muskoka Millwrighting and Machining (above left) as well as other artisans, both local and from across Canada, like Muskoka Twig (above right) (Heather Douglas)

“We very much like to feature local as much as possible but we want variety as well and to introduce products that are unique,” Keeter said.

If there is a type of product that they would like to feature, they start searching the local market and if they can’t find what they are looking for, Keeter will expand the search throughout the province and then the country. “I really enjoy research and shopping,” she said. “That is my hidden talent.”

She stresses they are looking for new and different products and have no desire to sell the same merchandise that is offered in other local stores. “The store is the brainchild of my mom and sister. They brought me in to assist as a curated shopper,” Keeter said. “I know what other stores have, I am a very observant shopper and I have no interest in carrying the same product.”

When it became obvious that the store opening would have to be delayed, Keeter turned to her social media talents to promote the store and their products. “I have a background in social media and am able to engage people and showcase our products,” she said. “And we were able to do curbside pick up and no-contact sales. People still had Easter and Mother’s Day to shop for.”

Since Premier Doug Ford’s announcement that phase one of reopening the province would begin on May 19, Keeter said they have opened the store following the diligent rules, such as social distancing and directional arrows to control the flow of traffic, as well as limiting the number of customers in the store to six.

“It was quite a different way to open,” she said.

Because of all their social media promotion, Keeter said the store has been busy.

“We had a few customers actually reference the Instagram videos they had seen online and wanted to come in and see the store,” she said. “And some people have come in because they have cabin fever after two months.”