Welcome to Wayback Wednesday sponsored by Cavalcade Color Lab! Every week, we’ll be sharing a vintage photo and asking our readers to chime in with anything you can recall about the photo, other related memories, or even a funny caption. Have some vintage photos of your own? Send them to [email protected] and we may share them with our readers!

In this week’s photo, it’s a sweet time of year! Do you recognize any of these students (or their teacher) or know what event has them so intrigued? (Check back next week to see if you got it right!) 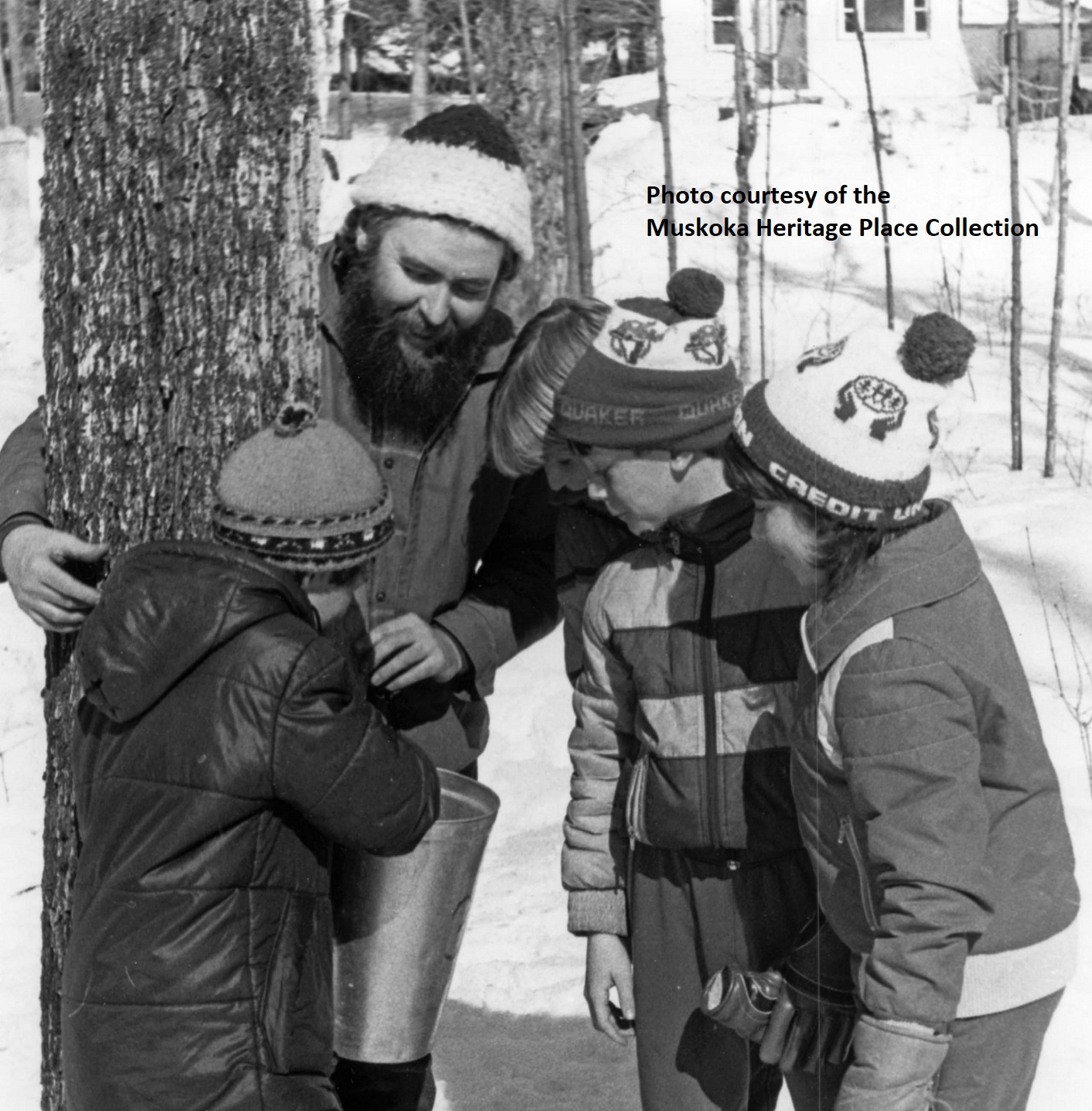 It didn’t take Doppler readers long to tell us what they knew about this photo:

Laurie Hutcheson: Dotty’s Lake, Olympia Sports Camp (present day) and the men could be some of the Norwegian pilots who were trained at that location (according to my husband Ted).

Bob Barnhart: I believe that is the swim platform on Dotty Lake with Camp Olympia in the background. So those are probably Norwegian pilots in training during the 2nd world war.

Jay Faulkner: Yes Bob you are right! Vesle Skaugum was the name. Interlocken was the area all named by the 2nd owner Mr. Gordon Hill in the 1930s prior the RNAF taking it over. 1st owner was Mr. Peelar who was an area pioneer farmer. Vesle Skaugum means a home or place in the woods in Norwegian. The pic is actually taken from the Oxbow side!

This is indeed Vesle Skaugum. The World War II era photo comes from Muskoka Digital Archives, which shares these details, including research done by the Muskoka Pioneer Village:

From Huntsville Lake of Bays, Pictures From the Past, by the Research Committee of the Muskoka Pioneer Village, c1986

From available records it is believed that Frank Peelar was the first settler on this land and at least one of his original buildings still stands. Peelar carved out his little farm on thirty-three acres, receiving his patent on August 30, 1912.

Gordon Hill, proprietor of Limberlost Lodge, was the next owner, acquiring the property in the late 1920s or early 30s. He had several log buildings built, which he used as an outpost camp for his riding guests, many of whom were convinced that an overnight stay at Interlocken was the highlight of their vacation. It was Gordon who gave it the name Interlocken.

In 1941 the Royal Norwegian Air Force took over the property and renamed it “Vesle Skaugum” (“a home or clearing in the woods”), so named in honour of Crown Prince Olav’s summer home in Norway. A new log building was erected patterned on the same plan as Olav’s summer home. The Norwegians used Vesle Skaugum as a rest and training camp for their young flyers who had escaped from their war torn country.

The setting was ideal. A level field served admirably for standard drill and sports, while the surrounding wooded country was perfect for hiking, survival training and cross-country skiing in winter. Part of the training included a thirty-seven kilometre cross-country ski race with full packs.

Following the end of World War II, in September 1945, the Kiwanis Clubs of Toronto purchased the property and operated it for many years as a summer camp for underprivileged children.

In 1979 the present owners purchased Interlocken and currently operate Olympia Sports Camp there. Over the fireplace in the main building is the inscription “MERKJE-DET-STEND-UM-MANNE-HAN-STUPE,” which translates into English as “The mark of men will stand though man may fall.”

Prince Olav and Princess Martha visited the camp in January 1942 and invited the mayor of Huntsville, R. Arthur Hutcheson, to dinner. The Muskoka atmosphere apparently appealed to the Norwegians, who moved their air base from Toronto to Muskoka. Crown Prince Olav officially opened the base at the Muskoka Airport on May 4, 1942.