It may be a small school, but its community has a lot of heart.

Time and again, when Irwin Memorial Public School in Dwight puts a call out for help with a new initiative, its network of parents, service groups and local businesses step up in a big way. So its no surprise that when the school decided to install a disc golf course for use by both students and the larger community, the response was “positive from the get-go,” says teacher Peter Yungblut.

He had brought the idea to the school’s parent council, and they immediately jumped on board with support for the project.

“I’ve played a little bit before with my own kids,” says Yungblut. “It was fun, it was free, and we have this big piece of land and the forest [at the school].”

Research led them to Innova Disc Golf, and with the concept in hand Yungblut started seeking financial support for the project from local organizations. The Dwight and Dorset Lions clubs donated $700 apiece, H.O.L.D. (Hillside, Oxtongue Lake, Dwight) contributed $2,000, and the Township of Lake of Bays committed $1,000.

Irwin’s parent council has been “phenomenal times a million”, says Yungblut, contributing $1,500 as well as a whole lot of work to see the project through to completion for a total contribution equivalent to about $11,000.

Over two weekends in early June, the course was cleared and in the process gave the school another two trails —the disc golf trail and a short connector trail that leads to a previous trail at the school.

“We had a small army helping out,” says Yungblut. “Now we have a multipurpose trail for snowshoeing, for primary students for running, for disc golf, which is kind of neat.” 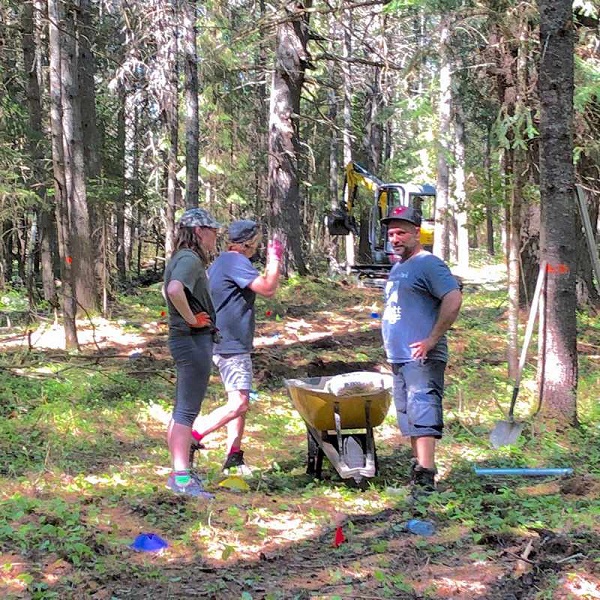 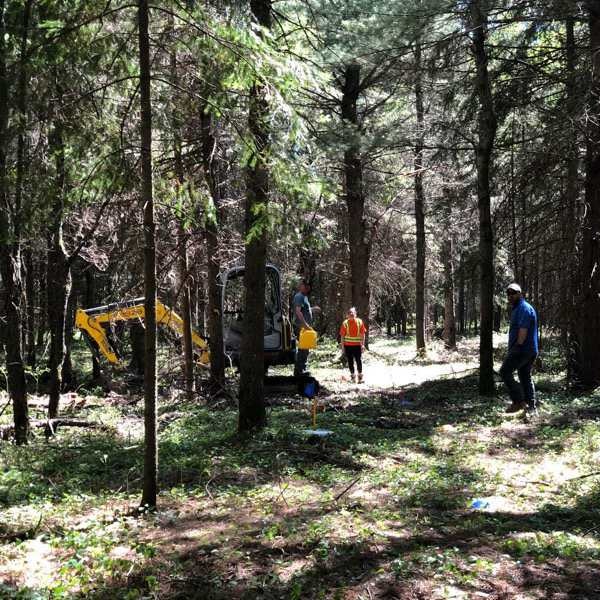 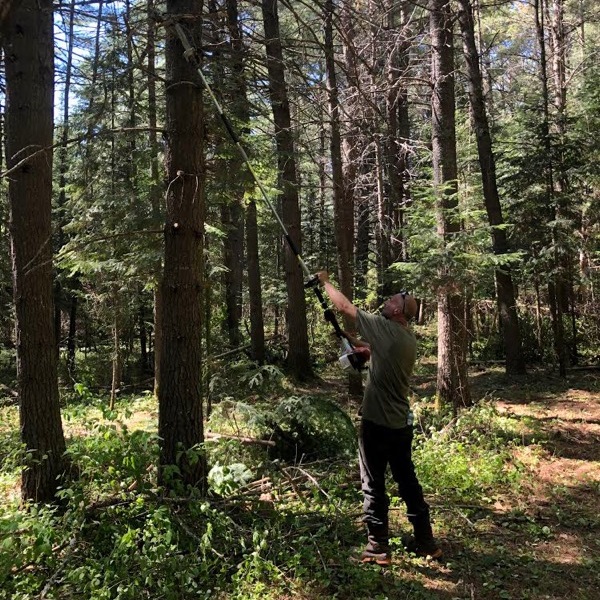 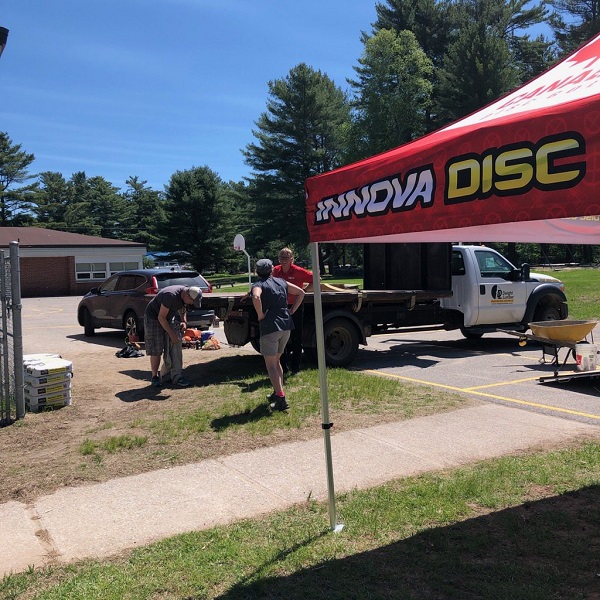 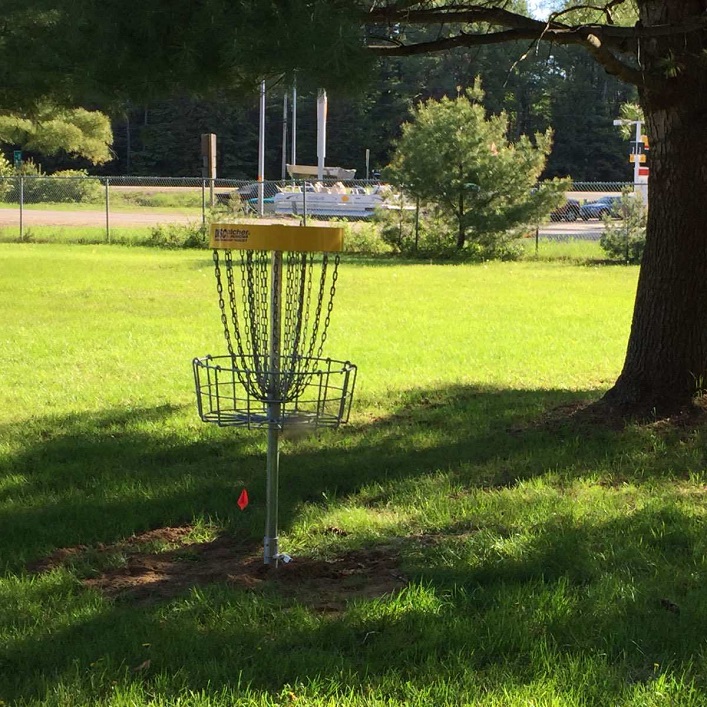 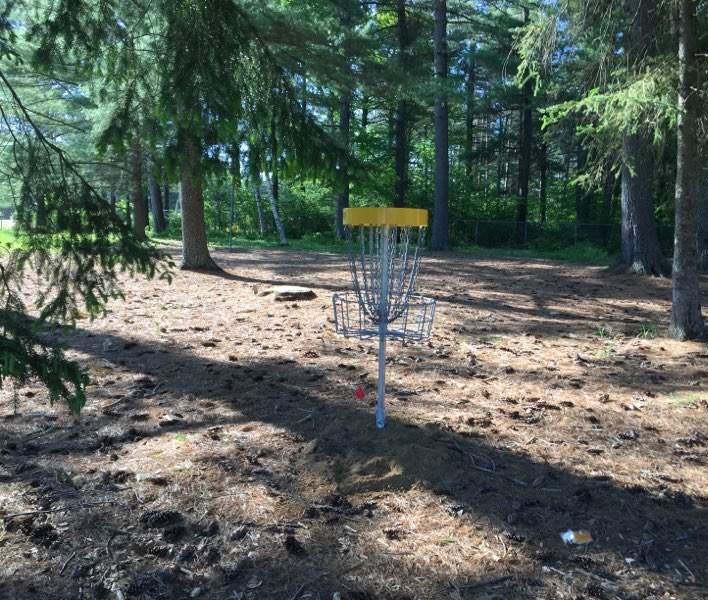 The course has 11 baskets—four on the school property and another seven in the adjacent forest.
To play a total of 18 holes, disc golfers could repeat the forest holes a second time.

There’s still work and fundraising to be done—they need about another $2,000 to finish the project. This summer, tee pads will be installed and signage still needs to be posted. But the baskets are in place and are usable.

The school will hold a grand opening in September, and staff from Innova will visit to teach the students how to play. They hope to have a fall colours tournament, and then in the spring they want to have a disc day for local schools. “I believe we are the only school in the board that has its own disc golf course,” says Yungblut.

The course is free for public use outside of school hours (after 3:00 p.m. on weekdays during the school year, and any time on weekends or in July and August) and has already garnered interest from avid disc golfers.

“It’s really a neat, fun thing,” says Yungblut. “Anyone can do it. You can play if you’re a young child, you can do it if you’re older, and even on the school ground it would be basically accessible because it’s pretty flat.”