You are here: Home / Entertainment / Huntsville native Alexis Taylor is making a name for herself in Nashville

Alexis Taylor has been surrounded by music ever since she was born.

Her parents are both musicians and “whether I was singing along to the radio, listening to my parents sing at home, or performing on stage at church, I was listening to music or singing every chance I could get,” she said.

Today, she is making a name for herself in Nashville, where she now lives, and has released two country singles in addition to touring in both Europe and North America.

After practicing and writing songs throughout her childhood, Taylor left Muskoka to attend university in Virginia. It wasn’t until a road trip to Nashville during school with her best friend that she fell in love with the city.

“Though it took a lot of planning, and convincing my parents, I finally moved to Nashville in 2015. There was just something about the people and the music that made me feel at home. I couldn’t imagine living anywhere else!” said Taylor. 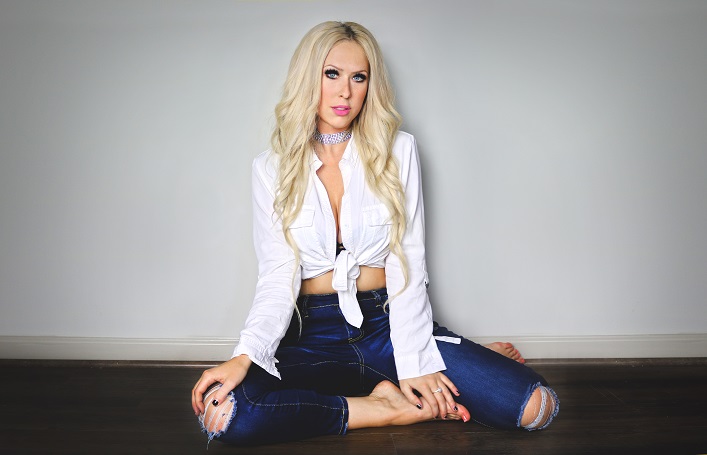 Taylor said that one person who has helped shape her to become the musician she is today is country music artist Doug Seegers. Three summers ago Seegers brought Taylor on tour with him through Scandinavia and helped coach her on what the life of a musician on the road would be like.

“Doug still continues to believe in my music, and me as an artist. It is such a huge compliment to have someone so talented and knowledgeable in the music industry continue to be such an encouragement in my life,” she said.

Since touring Norway and Sweden with Seegers, Taylor has gone on numerous tours performing in places across North America such as Calgary, Seattle, California, and Mexico. She also plans to book a USA/Canada tour for sometime in 2019.

So far Taylor has released two singles—”Blame The Whiskey” and “How Do You Sleep”. She is currently in the process of picking her next single and will be going into the studio within the next few weeks to record.

Her best accomplishment so far, she said, was winning Best Female Vocalist of the Year for 2018 at the Tennessee Music Awards. “Getting nominated would have been an accomplishment in and of itself, but to win was completely shocking and such an amazing award to receive,” she said.

Taylor has many goals and dreams for the future and is extremely motivated to write music and continue to tour as much as possible. “I want to be able to touch people with the music that I write, and by releasing more music and going on tour I am another step closer to making that happen,” she said.

To follow her journey and to hear her music, you’ll find her online here: iTunes, Spotify, Facebook, and alexistaylormusic.com.