You are here: Home / Sports / Athlete of the week: Jeff Allen

Jeff Allen, a.k.a  Judo Jeff, has won not one, not two but four gold medals in his most recent competitions.

Allen and his family travelled across the U.S  for 18 days in early March for three separate competitions.

First up was the 2019 Arnold Battle of Columbus Martial Arts Festival on March 2 in Columbus, Ohio.

Judo Jeff’s first fight was the +100kg Senior Division. “I had three other competitors in my division. I fought three fights winning all three by Ippon, [which is]  when you beat your opponent with throws, hold downs or submission,” explained Jeff.

He then went on to fight in the +100kg Masters Division where he again competed against three opponents, winning all three by Ippon while mixing up throws and hold downs to beat his competitors.

Judo Jeff’s two gold medal wins earned him the ‘Best of the Best’ title as he was the only Judo athlete to win two golds in the competition.

With a few days of rest and travel time, Jeff and his family, including his son, Lucas, who also is a Judo athlete, and his six-month-old daughter, Ayla, made their way to Daytona Beach where Judo Jeff was scheduled to compete in the LeLeo Code Championships on March 9.

“Unfortunately, due to some fighters fall outs, my divisions were cancelled and I had no one to complete against,” he said. “Very disappointing.” 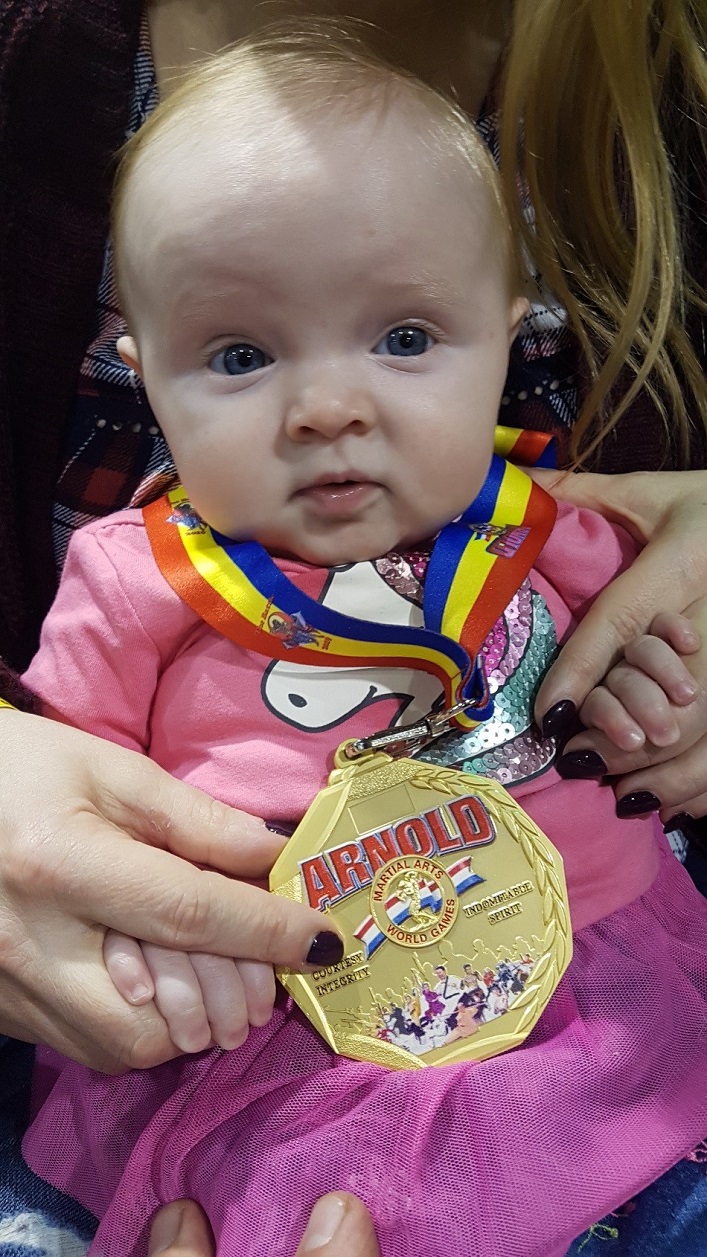 Ayla shows off one of her dad’s gold medals (supplied) 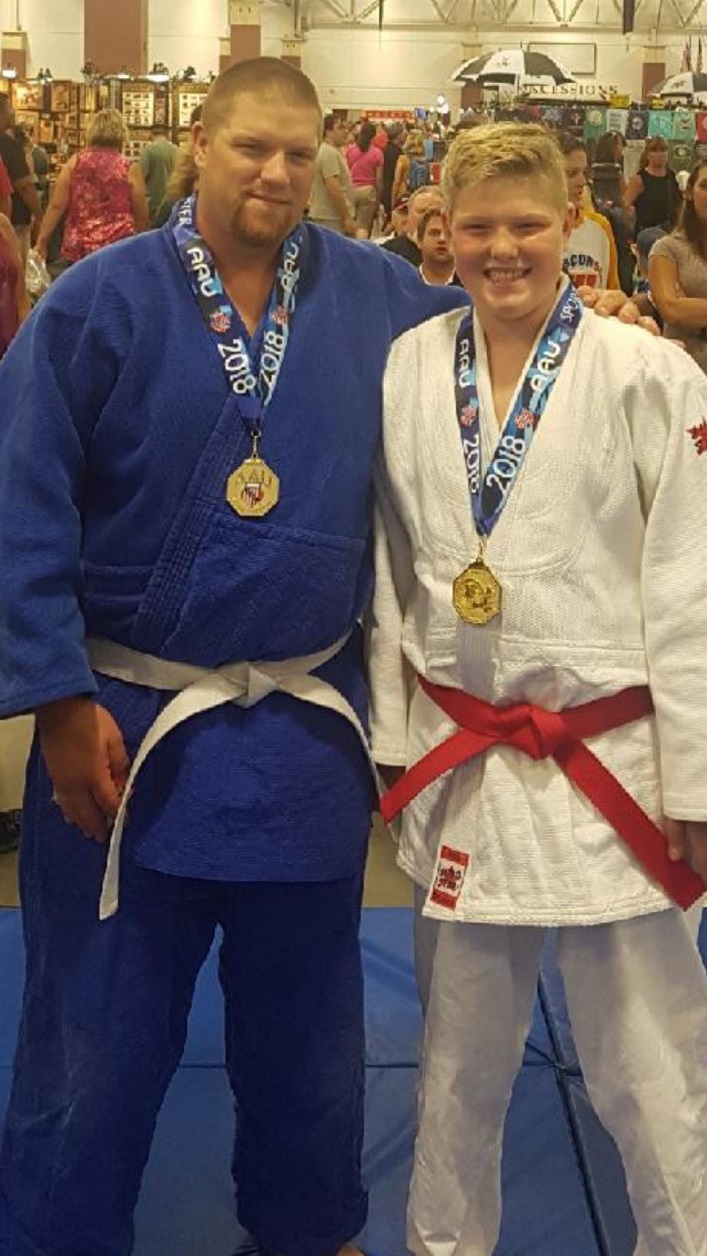 Jeff and Lucas Allen at an earlier competition (supplied)

(Above left) Ayla shows off one of her dad’s gold medals; (right) Jeff and Lucas Allen at an earlier competition (supplied)

Rather than wasting their time in Daytona Beach, Judo Jeff continued to train for the third and final competition by sparing with Lucas, lifting weights and swimming in the hotel facility to keep in tip-top shape.

Owenton, Kentucky was the location of Judo Jeff’s final competition on March 16 where he competed in the 2019 Rebel Judo Invitational.

Those four golds in March followed a bronze medal that Jeff won in January at the Elite 8 of Canada competition. It was then that he began training harder with the goal to bring home

After Judo Jeff won the Bronze medal at the Elite 8 of Canada in January 2019, he began training harder with the goal to bring home a medal in the Master, Senior and Newaza (ground submission fighting) divisions at the Canadian National Open Judo Championships in Edmonton, May 16-19, 2019. He has been training at his hometown club, the Huntsville Judo Club, as well as taking his training on the road to the Crown Hill Martial Arts in Barrie and the Hayabusa Judo Club in Toronto. He is two-thirds of the way to accomplishing his future goal.

“I feel very motivated and strong headed going into the next competition,” he said.

Judo Jeff thanks his sponsors Hidden Valley Resort, Rolston Home Hardware, Hypervision Signs, Hope’s Foodland, Sun of Muskoka, Festing Toyota, and Muskoka Custom Insulation for all their help and support in his pursuit of the gold.