You are here: Home / Commentary / An American perspective on the US election | Commentary

Hugh Mackenzie asked me to comment on the US election and aftermath from “an American point of view.” It is an American point of view, not the American point of view, since there is no consensus in the US as to the meaning and implications of this election. One thing that is clear is the massive fissure running through the American body politic. With 97 percent of the vote in, Biden had 50.8 per cent of the national popular vote to Trump’s 47.4, a difference of 3.4 percent. According to the “Progressive” cable networks (MSNBC, CNN, ABC, etc.), the divide pits urban, college-educated voters and reliably Democratic minorities against rural, high school-educated and blue collar Americans. Considering the percentage of voters who voted against Trump’s personality, the slim philosophical majority could be the opposite of what it appears.

The touted “Blue Wave” that would sweep Biden into the White House, expand Democrat dominance in the House of Representatives, and give the Democrats a solid majority in the Senate did not occur. Instead the Republicans made respectable gains in the House leaving the Democrats with the smallest majority in that chamber since 1919, and Republicans appear headed to keep control of the Senate by a very slim margin. What this shows is that the Republican state candidates on the ballot did better than Trump, and that Trump’s personality, not Republican policies, was his downfall. The better showing by Republican congressional and senatorial candidates compared to Trump reflect ballot splitting and indicates that many voters actually considered the issues and the candidates’ stands on them and voted for the Democrat in the national presidential race, but for the Republican in the state races. In other words, the “Progressive” shift of the Democratic Party was not embraced by the electorate and the Democrats do not have an overwhelming mandate to enact it.

As the President-Elect indicated in his victory speech, the first and greatest task of the Biden Administration must be to somehow bring America back to a state of civil discourse rather than yelling past each other, and to return to government by compromise rather than all or nothing total war. Given the personalities of the legislative leaders and the fact that the next generation has learned their trade under these people, this is a dubious undertaking. Legislative leadership aside, it is a tall order with the general populace so evenly divided, so committed to their respective camps, and primarily receiving the “news” through platforms run by algorithms designed to reinforce attitudes by feeding the viewer content they like rather than neutral reporting.

Toward the end of the campaign a new and major obstacle to a national dialogue arose. For the first time in US history, Freedom of Speech, guaranteed to the American people by the First Amendment to the Constitution, effectively was being suppressed. Efforts to suppress free expression go back to the beginnings of European settlement, but never before has the mechanism existed to actually silence certain views. Discourse today is via social media, which is controlled by a few private individuals. Under the guise of “fact checking” the cable networks from MSNBC to FOX have stopped broadcasts in midsentence and social media platforms including Facebook and Twitter have frozen accounts on the grounds that posts were incendiary or inaccurate in the opinions of these private parties.

Western Democracy is premised upon the free expression of ideas, right or wrong, so that public debate can grind toward consensus. Today’s truths can become tomorrow’s anathemas. Social media has become what the Supreme Court terms a “public forum.” Under this doctrine, once a medium of expression such as a public notice board in a university commons or a location such as Hyde Park Corner is opened to the public to express political or social opinions, it is open to all opinions, not just those acceptable to the entity, public or private, that controls the medium or location. Facebook, Twitter, etc. seem to have become such public forums and thus have no right to prevent expression by blocking or suspending accounts, or interrupting broadcasts. Prior restraint of expression in a public forum is unconstitutional, except in circumstances of imminent danger to public health and safety, such as yelling “Fire!” in a crowded theater. It will take a decision of the Supreme Court to apply the Public Forum Doctrine to social media. Such a ruling is necessary if America is to rebuild its political center and make and accept the compromises necessary to reunite the body politic.

President Trump’s recent firing of the Secretary of Defense and other changes in top personnel at the Pentagon have spawned rumors of military action to keep him in the presidency. This is highly unlikely. As a retired Colonel of Marines I have taken the oath of enlistment numerous times to, “support and defend the Constitution of the United States against all enemies, foreign and domestic….” The oath is to defend the Constitution, not a geographic area, not a population, but the Constitution, a system of checks and balance, of procedures, of limits upon the exercise of power intended to constrain government, to prevent a momentary majority of society from tyrannizing a minority holding different opinions, and opening to those in the minority the possibility that through public discourse they may become the majority. The oath goes on to say, “I will obey the orders of the President of the United States … according to regulations and the Uniform Code of Military Justice.” Articles 90, 91, and 92 of the UCMJ clarify that only lawful orders are to be obeyed. Any order to maintain President Trump in office after his term expires on January 20, 2021 would be contrary to the Constitution and an unlawful order. Such an order would be refused with distain.

In summary, America is deeply divided about who we are and what we want to be. Trump is out, but his policies were acceptable to roughly half of the electorate. It is imperative that Americans come together, but the nature of our communications as well as the intensity of our beliefs will make this difficult to achieve. Difficult is not impossible. The US has been through some highly divisive times before and through combinations of political exhaustion and new challenges America has survived to advance to new strengths. Bet is: “These United States” will do it again. 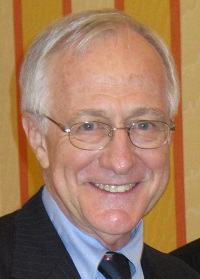 Hibberd V. B. Kline, III holds a history degree from Harvard College and a law degree from the University of Virginia. Hibberd served on a US Senate staff and has been active in state and local politics. As an officer in the US Marine Corps Reserve, Colonel Kline’s career began with Vietnam and ended with the Gulf War. A retired lawyer, he has authored several books on the American Civil War. He lives in Kansas City, Missouri with his Canadian wife, Christine.