You are here: Home / Sports / Another successful year for the Algonquin Outfitters Muskoka River X

The fourth annual Algonquin Outfitters Muskoka River X got off to a wetter than usual start Saturday morning (September 17) with 89 canoes, kayaks and stand up paddleboards jostling for position as they headed under Huntsville’s swing bridge and down the Muskoka River. Some were attempting the 130km MRX Classic, some were on day two of the 220km Coureur des Bois and some were trying out the new 80km MRX Sprint.

There were cheers from assembled family, friends and supporters as both heats – one for solo paddlers and one for tandem teams – left Huntsville’s Town Docks just after 7:00 a.m. The route heads east through Fairy and Peninsula Lakes, south through Lake of Bays to Baysville, across to Bracebridge, through Port Sydney’s Mary Lake and back to the Town Docks with 20 different portages connecting the various waterways. 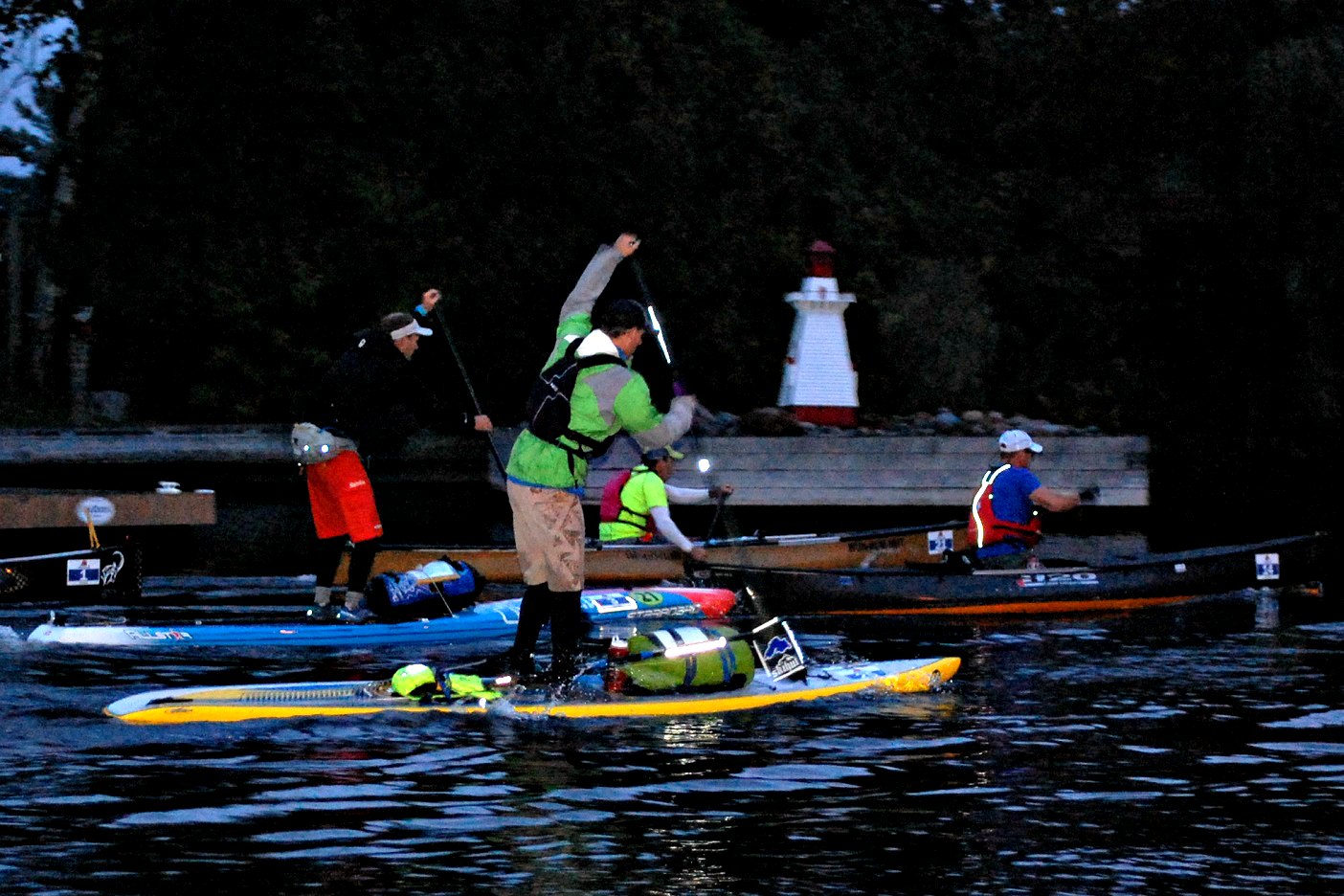 And they’re off! The solo paddlers make their way under Huntsville’s swing bridge 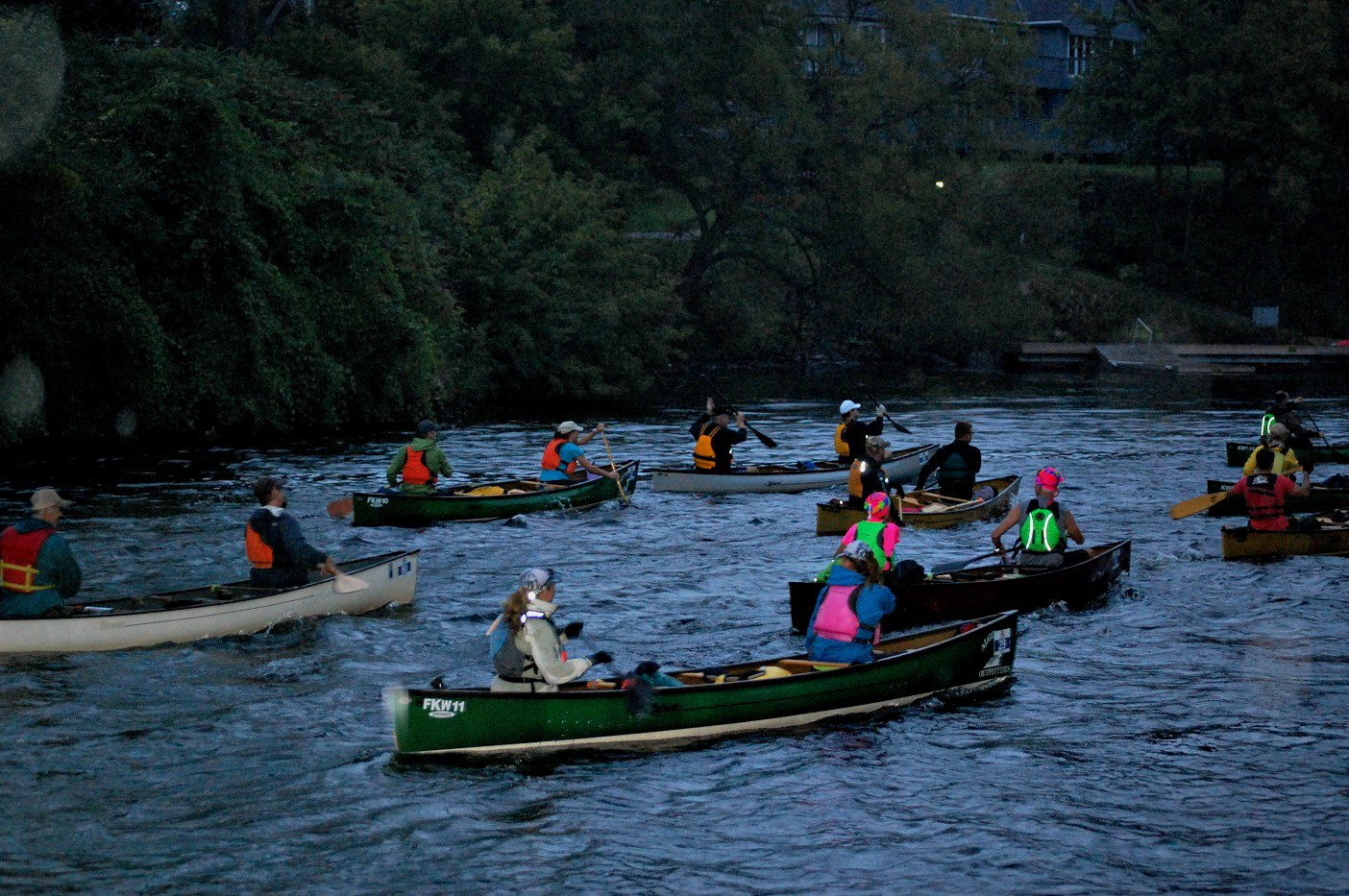 A group of tandem paddlers make their way down the Muskoka River beyond Huntsville’s swing bridge (Photo: Kalei Huddlestone)

The portages are part of what make the race particularly gruelling – there are more than 4 kilometres of portages on the Classic MRX route. Add another 4.8 kilometers to that total for the Coureur des Bois paddlers. 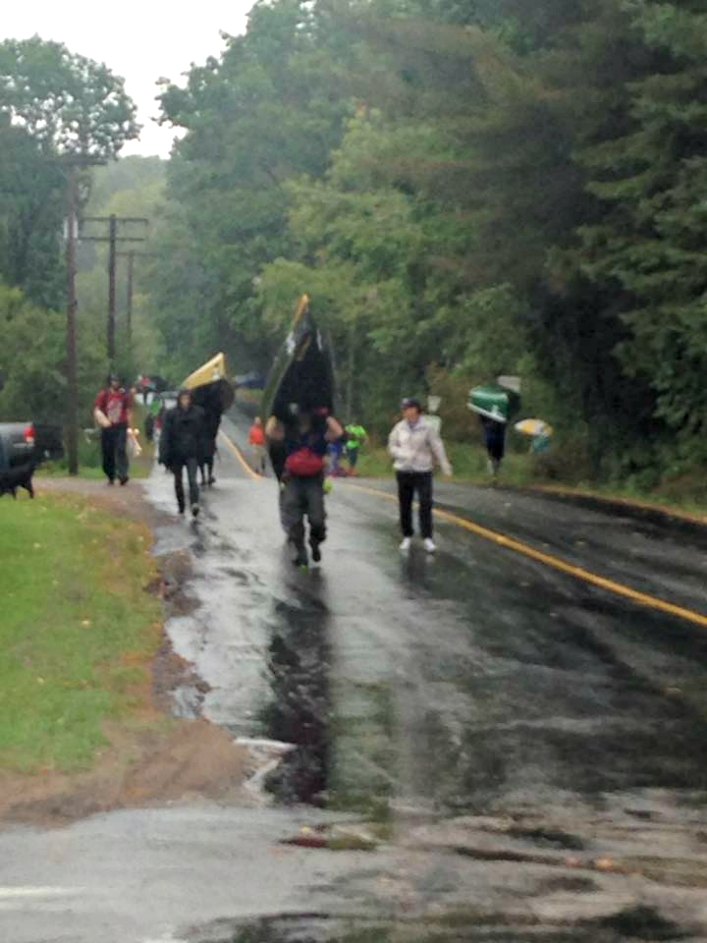 The portage from Peninsula Lake’s Wolf Bay to Lake of Bays is 1.7km (Submitted photo) 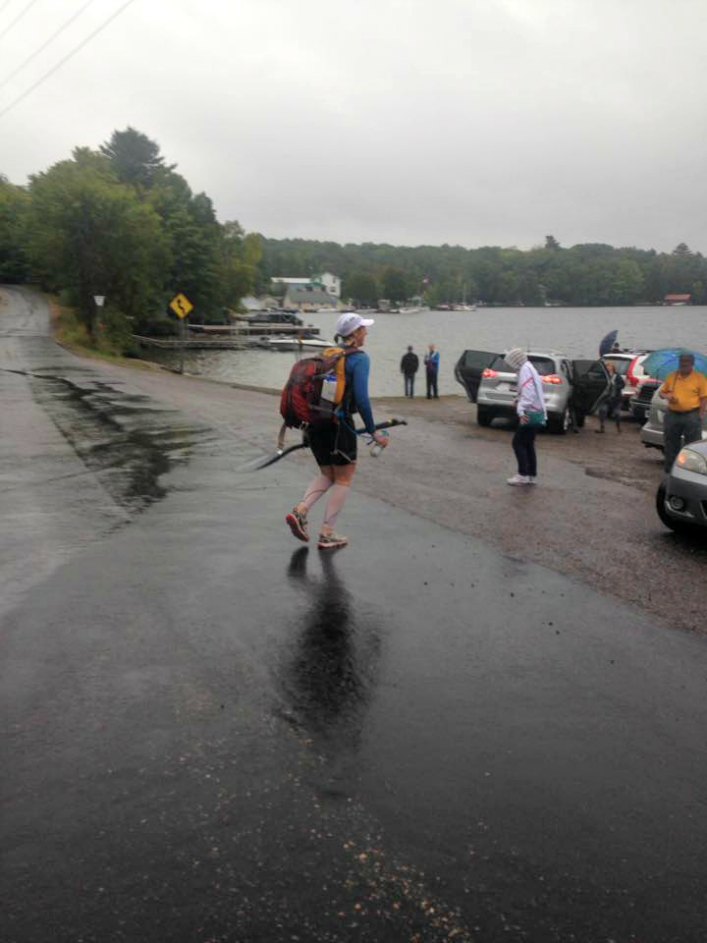 Family, friends and supporters can wait at portages and checkpoints to cheer on the paddlers (Submitted photo) 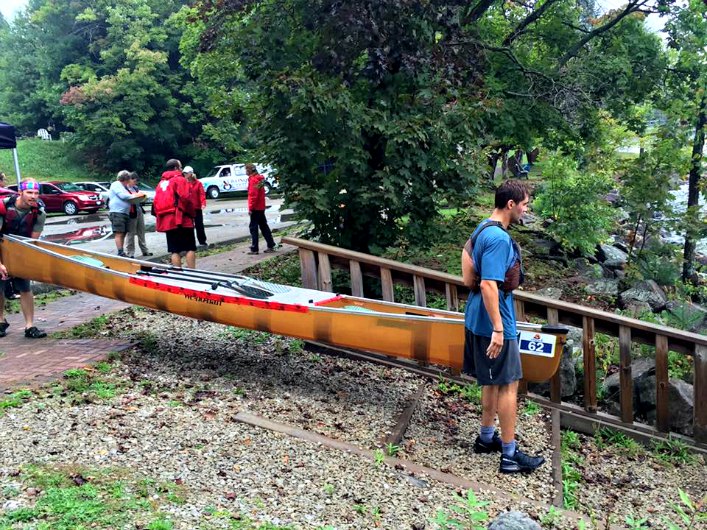 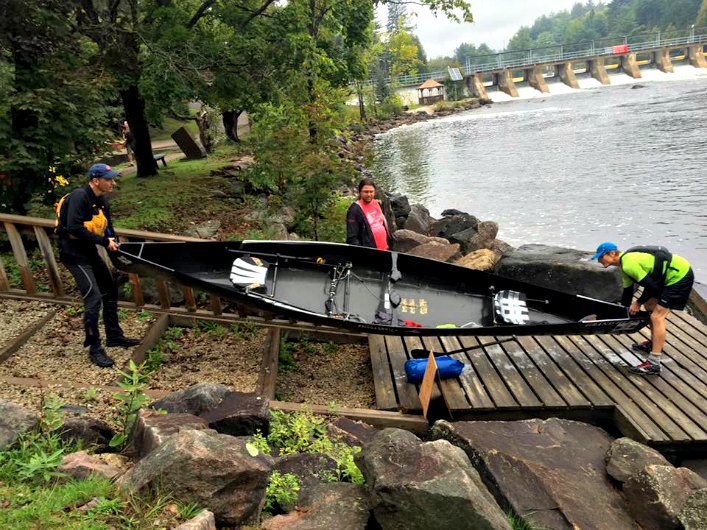 Every second counts on the portages (Photo: Rob Horton) 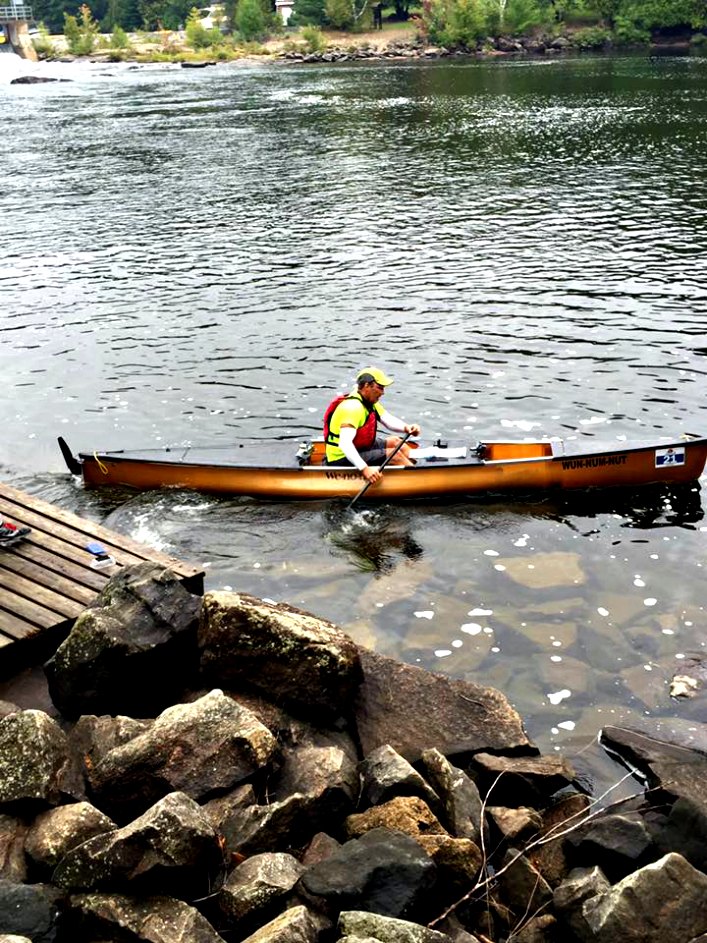 The paddlers who are fastest at getting back in the water are more likely to make it to the next checkpoint before the cut-off. (Photo: Rob Horton)

Even more difficult is the final leg of the race which, although not as demanding as other stages, teams often don’t reach until nightfall and have to navigate by compass and map. In past races, some paddlers have become disoriented and found themselves back at a previous checkpoint after paddling for kilometres in the wrong direction.

Paddlers came from across Canada and around the world to compete in the Algonquin Outfitters Muskoka River X, billed as the longest single-day paddling expedition race in the world, along with the event’s longer, two-day Coureur des Bois which begins in Algonquin Park, and the shorter MRX Sprint which ends in Bracebridge rather than returning to Huntsville. Among them were former Olympic rowers turned marathon canoers Pat and Tim Turner (read about them on Doppler here) in their second successful bid for a first-place finish in the Coureur des Bois, Olympic triathlete Simon Whitfield paddling a SUP (stand up paddleboard) in the 80km Sprint, and pro Canadian paddlers Fiona and Mike Vincent (Mike was part of the fastest team to complete the Classic course in a time of 13 hours and 17 minutes).

At the end, here’s how the top paddlers finished: 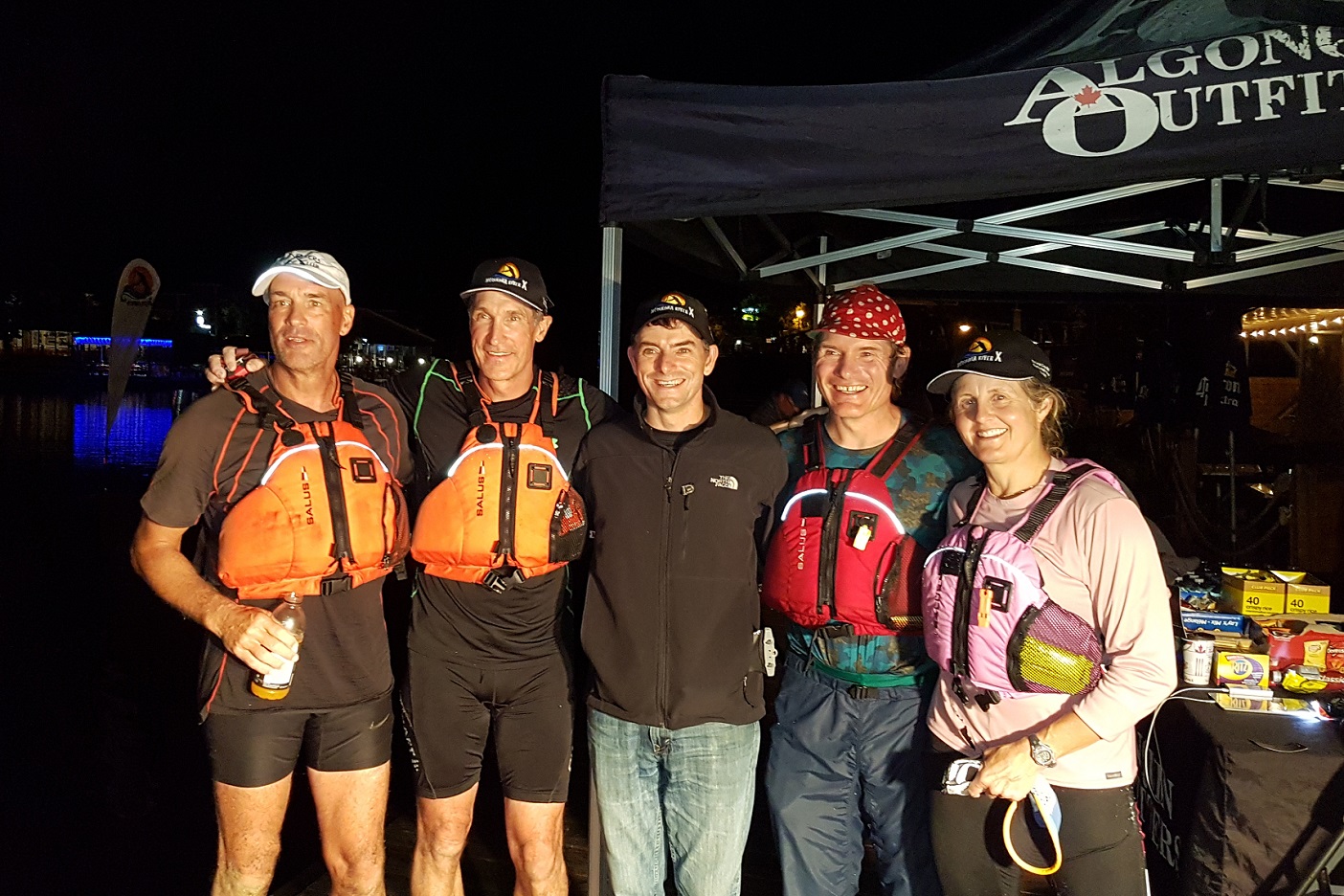 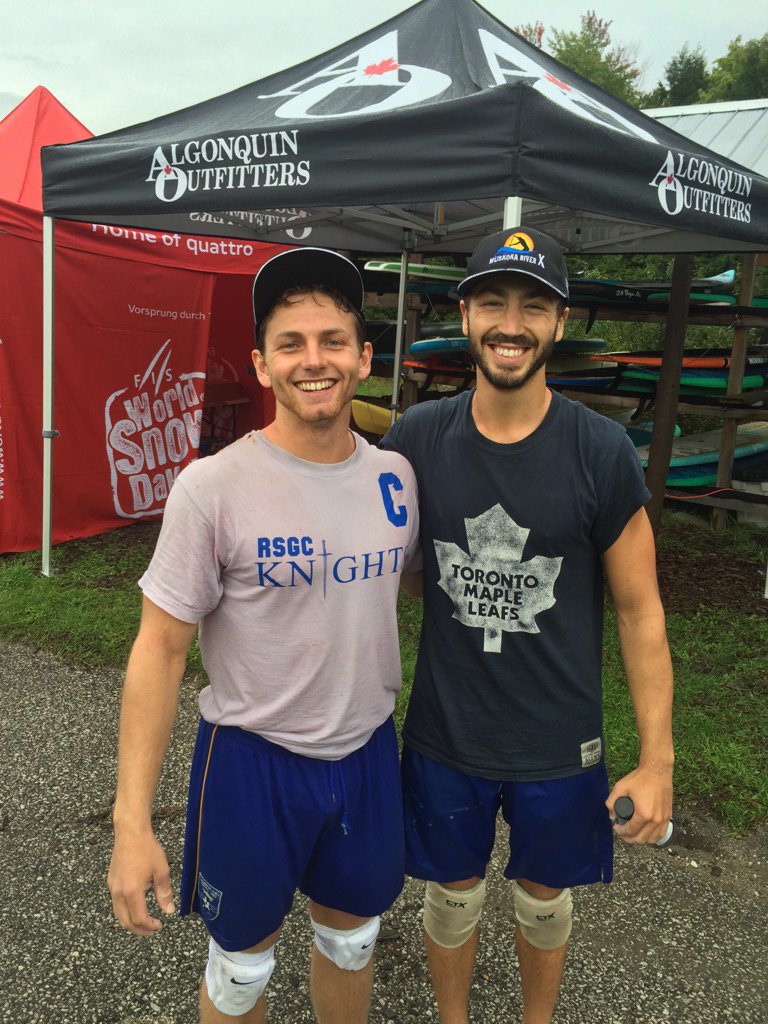 Get the full results here.