Welcome to Wayback Wednesday sponsored by Cavalcade Color Lab! Every week, we’ll be sharing a vintage photo and asking our readers to chime in with anything you can recall about the photo, other related memories, or even a funny caption. Have some vintage photos of your own? Send them to [email protected] and we may share them with our readers!

Do you recognize any faces in this photo of the then-Huntsville and Burk’s Falls Ambulance Service? Can you guess the approximate year it was taken? (Photo courtesy of Muskoka Ambulance Communication Service Manager, Judy Moore) 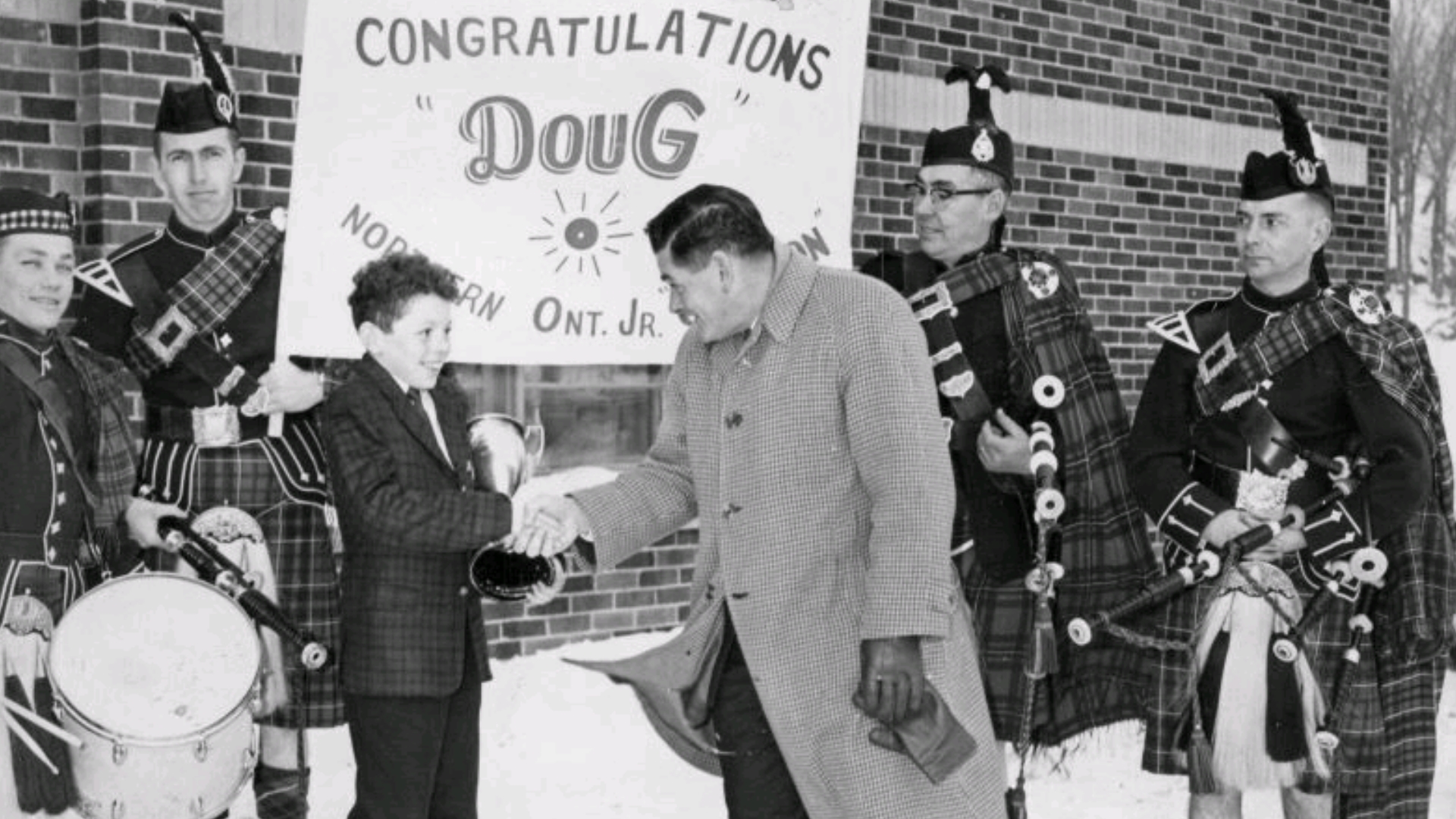 Readers also told us that Doug was receiving congratulations for winning the Northern Ontario Junior Figure Skating Championship in the early 1960s.

After retiring from competition, Doug would go on to coach Canadian figure skating greats Brian Orser and Elvis Stojko, among others.

Thanks to all who chimed in with details!