By Ross Maund and Dave Wilkin

In this part two of our pandemic article we share our top ten learnings from the pandemic thus far and provide some observations on changes post-COVID-19.

With more surprises yet to come, many things are becoming clearer and herein is our list of the top ten learnings: 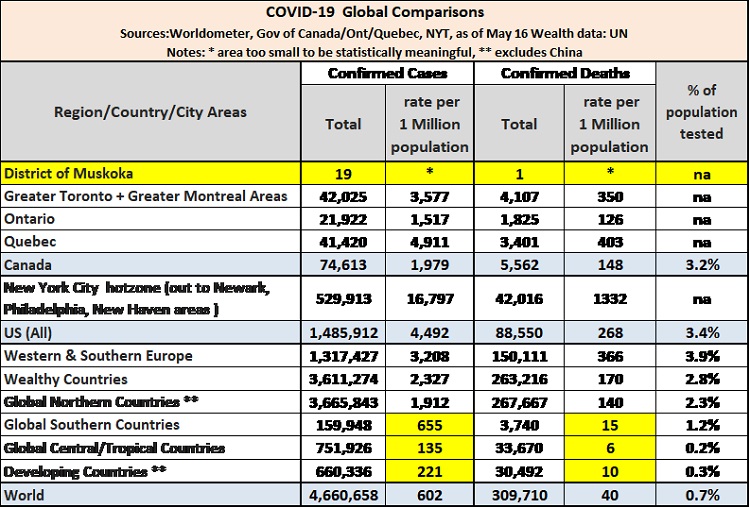 9. China’s untrustworthy reporting: They hid the truth on the risks from the very beginning. China was not publicly forthright, silencing doctors and citizens, destroying records, and exclusively communicating only through state-run media and social media propaganda. While China shuttered huge numbers of residents in their homes, they appear to have deliberately manipulated facts and under-reported statistics, allowing the virus to spread beyond Wuhan and became global. Not only did China manipulate reporting but they also vacuumed up vast amounts of PPE (including tragically 16 tons shipped from Canada in February) and exported many faulty medical products, further risking lives around the world.

Demonstrated uncalled for support of China, largely praising them and not working objectively and more independently in assessing the early COVID-19 cases. They followed China’s insistence of low risk beyond China far too long. The WHO Director-General Tedros Adhanom Ghebreyesus praised and defended China, even suggesting the Taiwanese were anti-China racists. Failures included: ignoring the obvious person-to-person transmission early on, discouraged border actions, down-played facemasks value for citizens, delayed announcing a global emergency and slow to acknowledge a pandemic – all of which facilitated the virus’s spread world-wide.

7. Lack of preparedness: Despite past pandemics/epidemics (SARS, H1N1, Ebola), developed countries were unprepared for this pandemic. Caught by insufficient emergency medical/equipment stockpiles in tandem with incomplete and inconsistent government emergency protocols and structures in place, hampering a timely and effective response. Strategically, developed countries learned too late that much of their medical supply sector was China-centric.

6. Government leadership (Dr. Tam included) surrounded by controversy:  Not questioning the WHO’s faulty directives and lack of independence led to crucial delays and missteps, ultimately leading to increased illness, suffering and deaths. Tragically the most vulnerable community found in long-term care were left highly exposed, despite the many early indicators emerging from Europe’s worst-hit countries’ struggle with COVID-19. Canada too should have been more independent of preconceived influences of China and the WHO.

5. A crisis not void of partisanship: Canada’s federal government initially attempted early power grab (emergency powers bill, side-stepping democratic parliamentary oversight through unprecedented powers extending late into 2021) was inappropriate, appearing as a big legislative overstep. The marketing-styled announcements of hundreds of billions of dollars in spending through daily orchestrated media events were distinctly opposite to the more credible 2007/8 financial crisis federal management response by Carney, Harper and Flaherty. Some partisanship seems pretty obvious, such as the $2.45 billion oil and gas federal grants and loans tied directly to orphan oil well cleanup and sector emissions reductions. This response was amazingly inadequate for a sector as important to Canada as the oil and gas industry—a sector in deep crisis which generates $160B of economic impact and supports over half-a-million Canadian jobs.

4. Businesses and workers suffer: Certainly a few business sectors have done well during this pandemic—online services/sellers, healthcare equipment suppliers, couriers and freight businesses, but most sectors will emerge far leaner and will suffer significant economic challenges of a longer standing nature. Despite the rosy projections by some about a reopened economy, employment dislocation, capital constraints, and significant business mortality rates are going to ultimately surprise many Canadians. We need to be prepared for businesses and governments to become far more resilient.

3. Media hysteria is making things worse: While the mainstream media (the ‘fifth estate’) should be providing Canadians with full transparency on topics of importance impacting Canadians, their unrelenting focus on COVID-19 created public frenzy and panic. All deaths are tragic, and we all mourn the losses and feel a great compassion for the many families impacted. However, this pandemic’s media obsessiveness is unprecedented, particularly when compared to other very deadly global tragedies, like cancer, drug addiction, obesity/diabetes, poverty/hunger, wars, and, yes, even some past pandemics like AIDS, H1N1, Ebola.

2. The frontline workers are heroes: Without doubt, healthcare workers and emergency responders (especially in the high COVID-impacted areas) are heroes and we greatly appreciate their service. But every one of us who has shopped in a grocery store or received other retail services needs to recognize the importance and dedication of those employees. The Tim Horton’s workers, the CTC curbside employees, the convenience store employees, and many other service providers—all of these folks are heroes. Often underappreciated and underpaid, these people stepped up to continue serving the community. Thank you to our heroes.

1. Canadians stepped up: We are social beings and love our mobility. Social distancing and self-isolation are not within our norm, yet Canadians did gracefully accept and generally comply with various authority directives quickly and consistently. However, the strains of isolation, fears and worries about the economic damage to come are taking a toll.

Emergencies can lead to experts, bureaucrats and politicians leaving their hands on the throttle of unprecedented control too long, and in so doing can aggravate the scale of economic and social fallout to come. Caution and judiciousness is important in opening up our economy. But it is critical to keep in perspective that delaying too long will have consequential negative impacts on almost everyone. Opening regionally and by sector as the data supports, should also be an imperative.

Learnings from our COVID-19 experience so far tells us that decision makers need to be accountable for better preparedness for the next public safety emergency. We must get it absolutely right going forward and be ready for the next time.

Our next article will lay out some big picture factors shaping the global & Canadian economic future post-pandemic.