You are here: Home / Lifestyle / Photos / The Great Vine is 25 years young and still growing

For Catherine and Ken Cole, it’s always been about the people. So what better way to celebrate the 25th anniversary of their store, The Great Vine, than by gathering family, friends and supporters close for a party?

On Friday night, dozens of people packed onto the boardwalk next to their building to offer their good wishes to the couple who have become familiar and beloved faces on Huntsville’s Main Street.

“We feel like we are a team and we are at the centre of our town and we love being here,” said Ken to the crowd. “Some days are tough, especially in February and some days you don’t even have time to look and see what’s around you in the middle of July and August. But it’s such a beautiful place that we live in and such beautiful people that are here. We are blessed for these last 25 years and we thank you all for coming out.”

Catherine gave thanks to all of the people who have supported them or worked for them over the years, right from the store’s original owner, Jessica Reaske, “who had the crazy idea that a health food store could make it in Muskoka,” to the staff who have come and gone but many of whom they still keep in touch with, and to their adjacent tenants Totem Juice Company and The Hudson Hair Salon and Spa. “They made us so much more hip and it’s wonderful, bridging this generation gap.”

“Most especially I want to thank our family who have lived and breathed being in retail. Jesse lived in a snuggly for the first 18 months of our lives in that store until he started stealing everything off the shelves and it was time for daycare.”

Thank you for trusting us. I never thought I would be in retail, and I’ve spent 25 years at it because every single day we have meaningful exchanges and moments and they are precious to me. Most importantly I would like to thank my husband for being my partner in crime and health, for standing behind us every day. We’ve survived a lot and we are blessed.
Catherine Cole 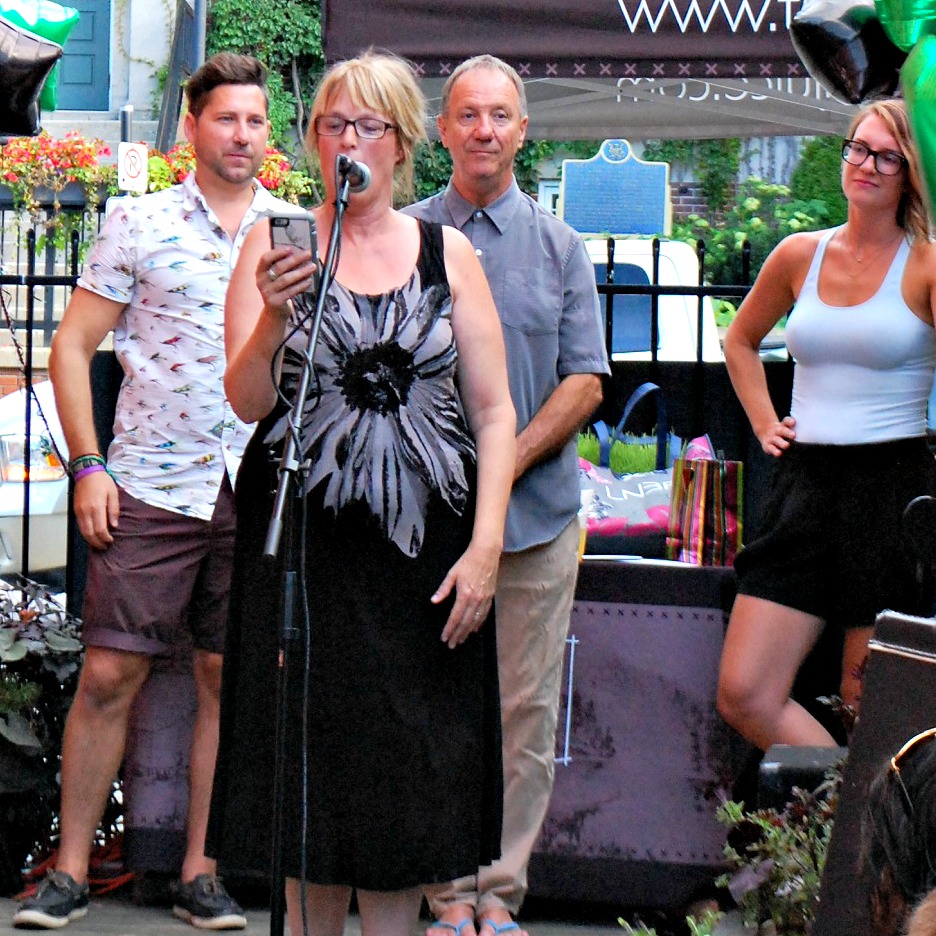 Catherine Cole thanks The Great Vine supporters as (back from left) Brent Ellerson, Ken Cole and Rebecca Ellerson listen 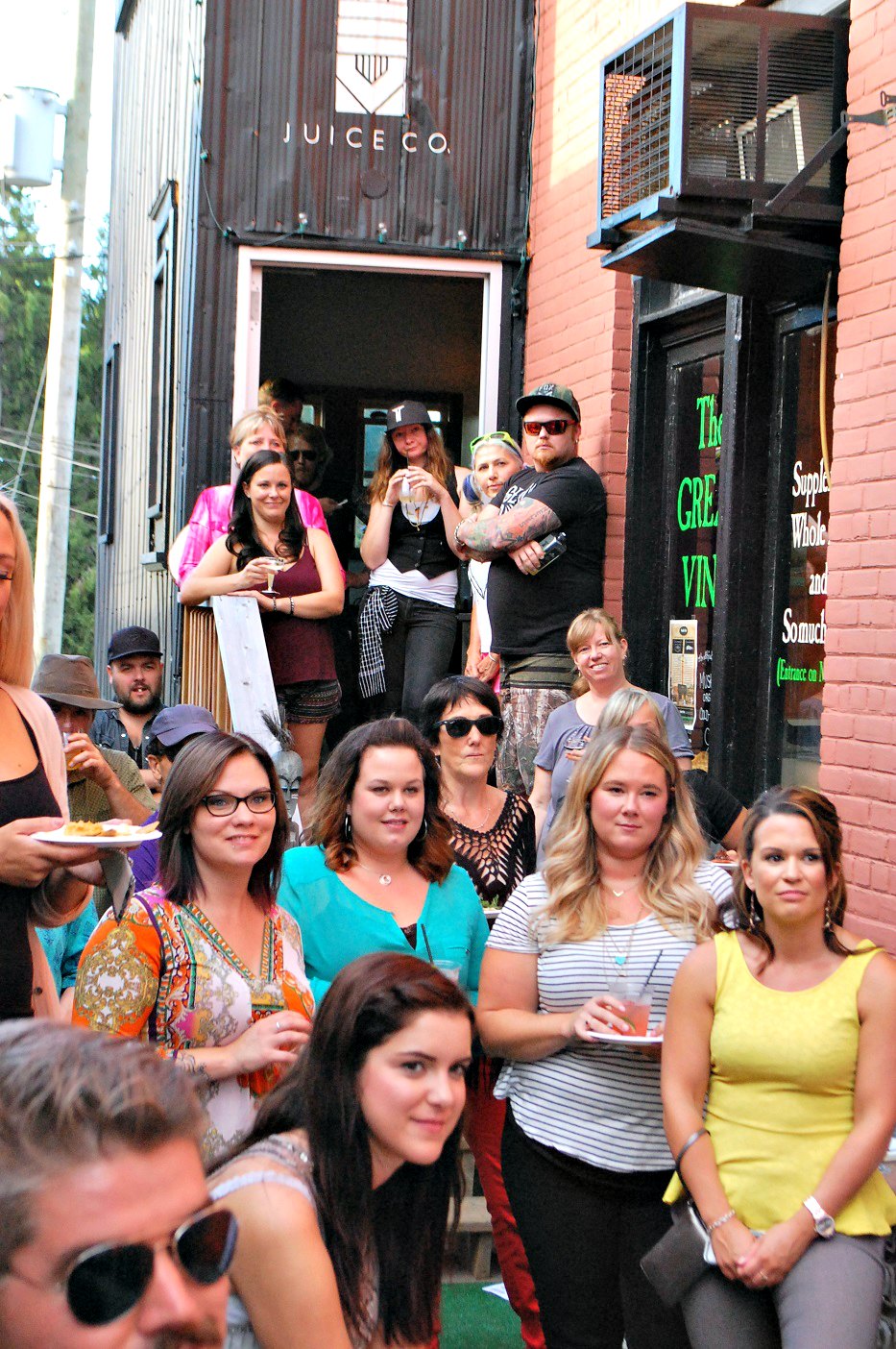 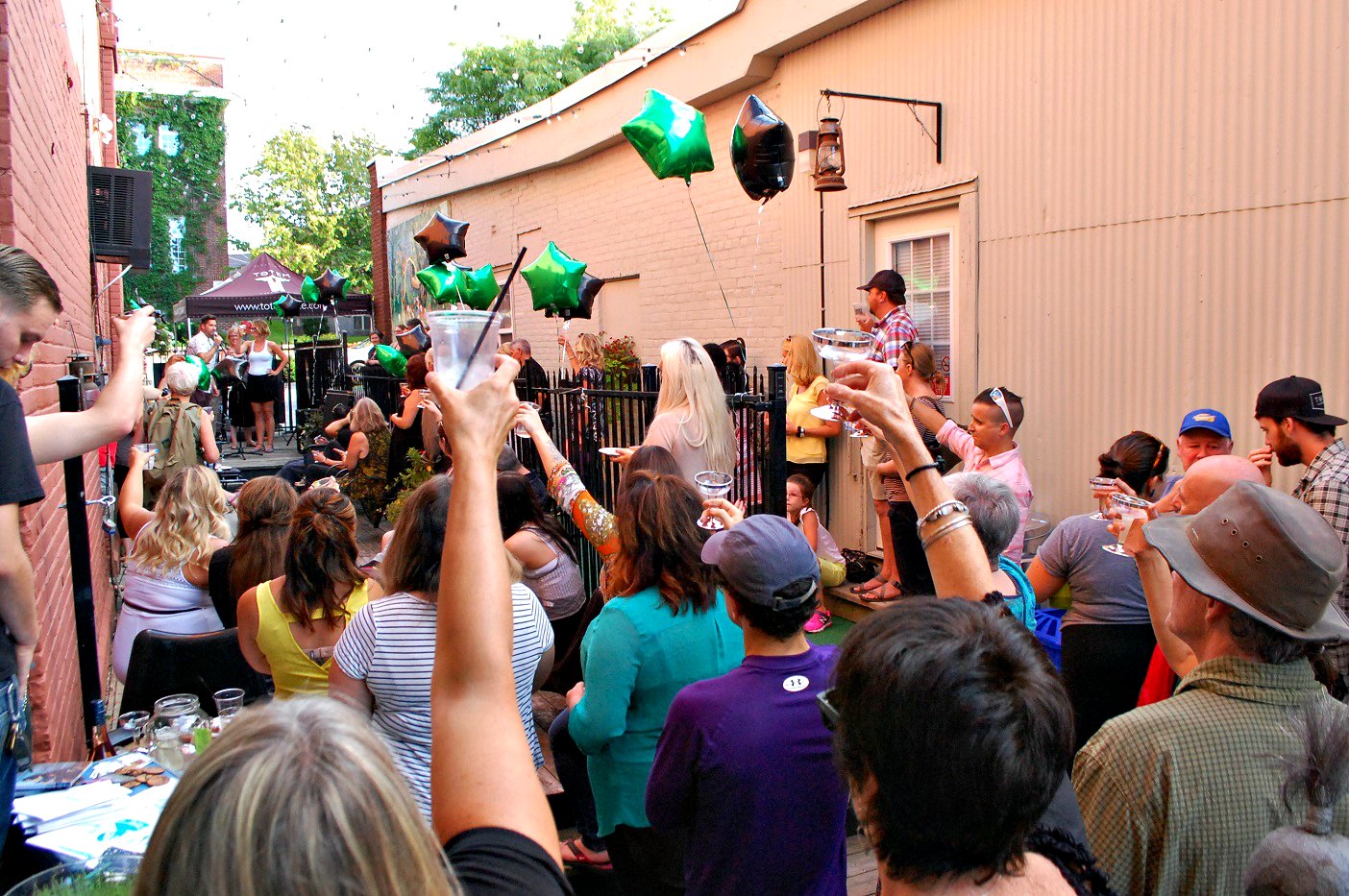 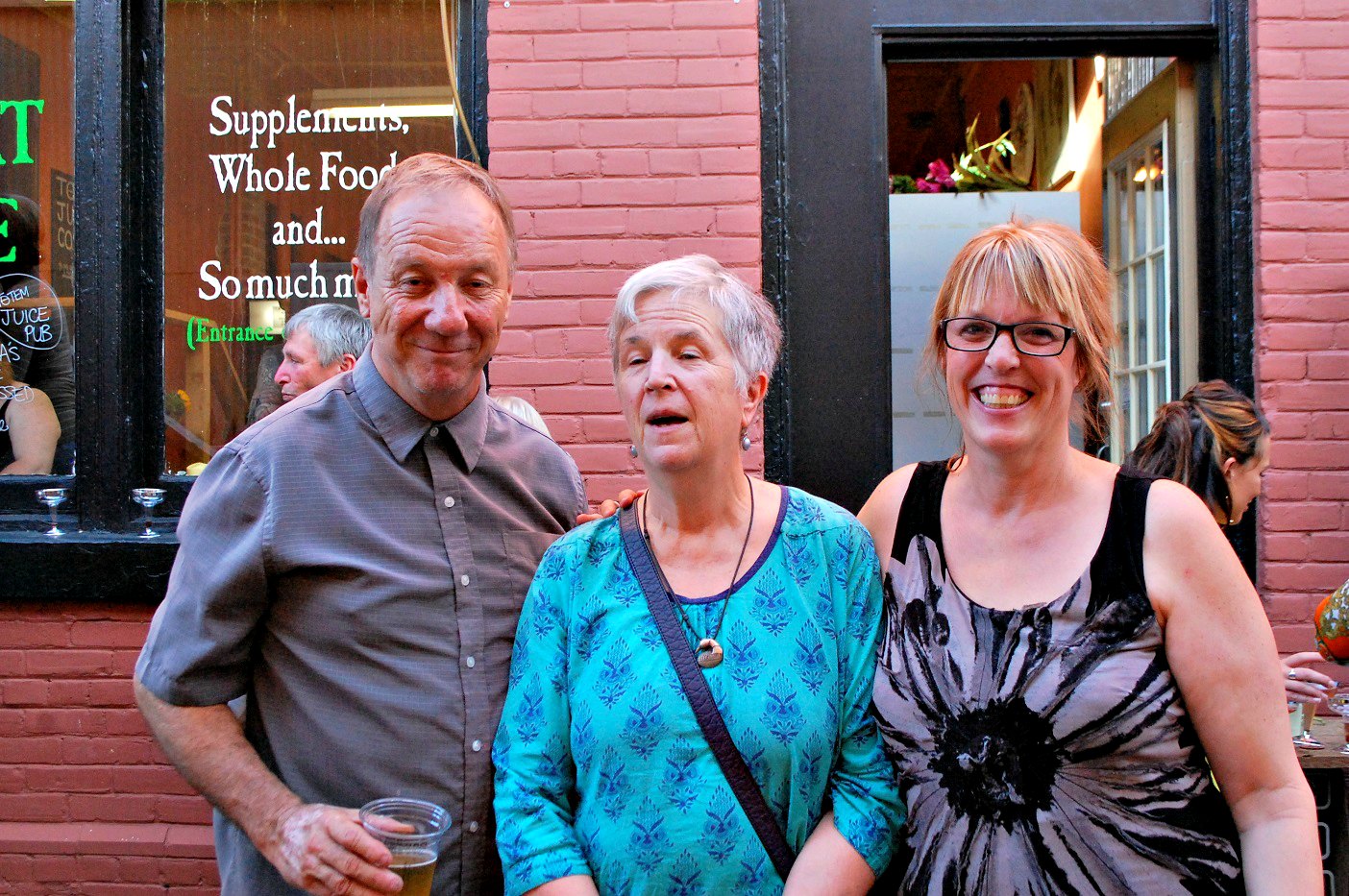 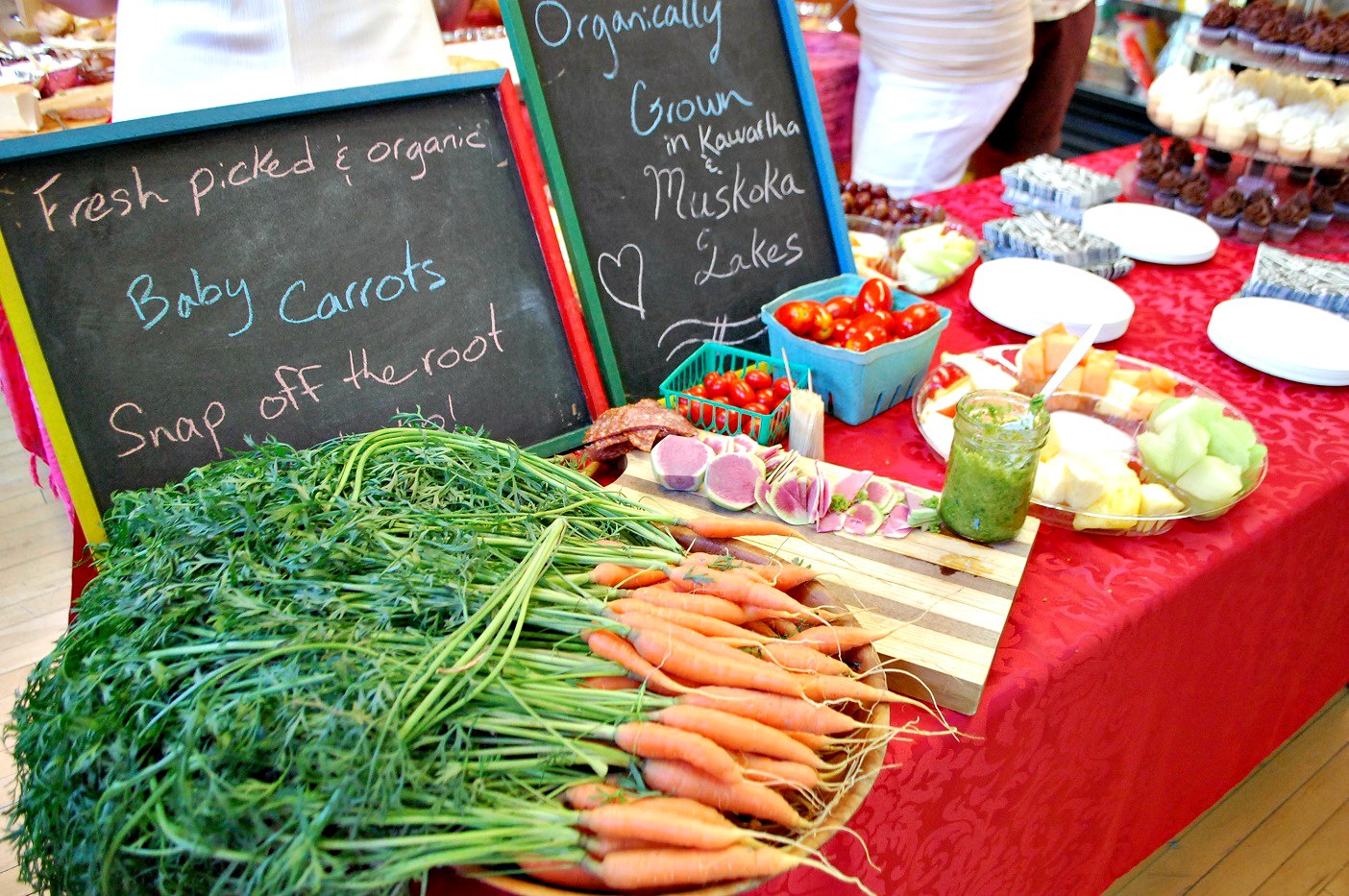 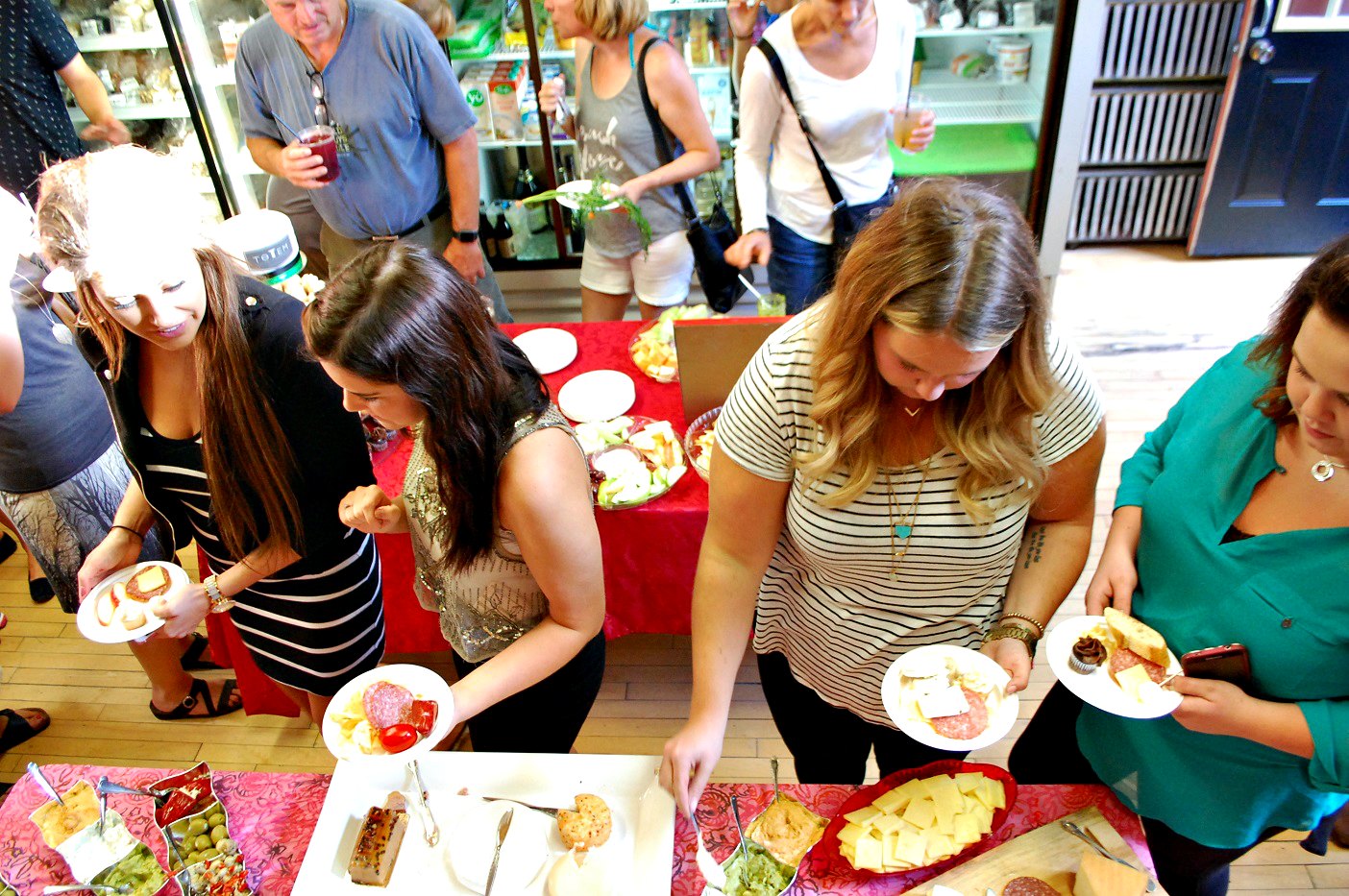 The delicious snacks were a hit… 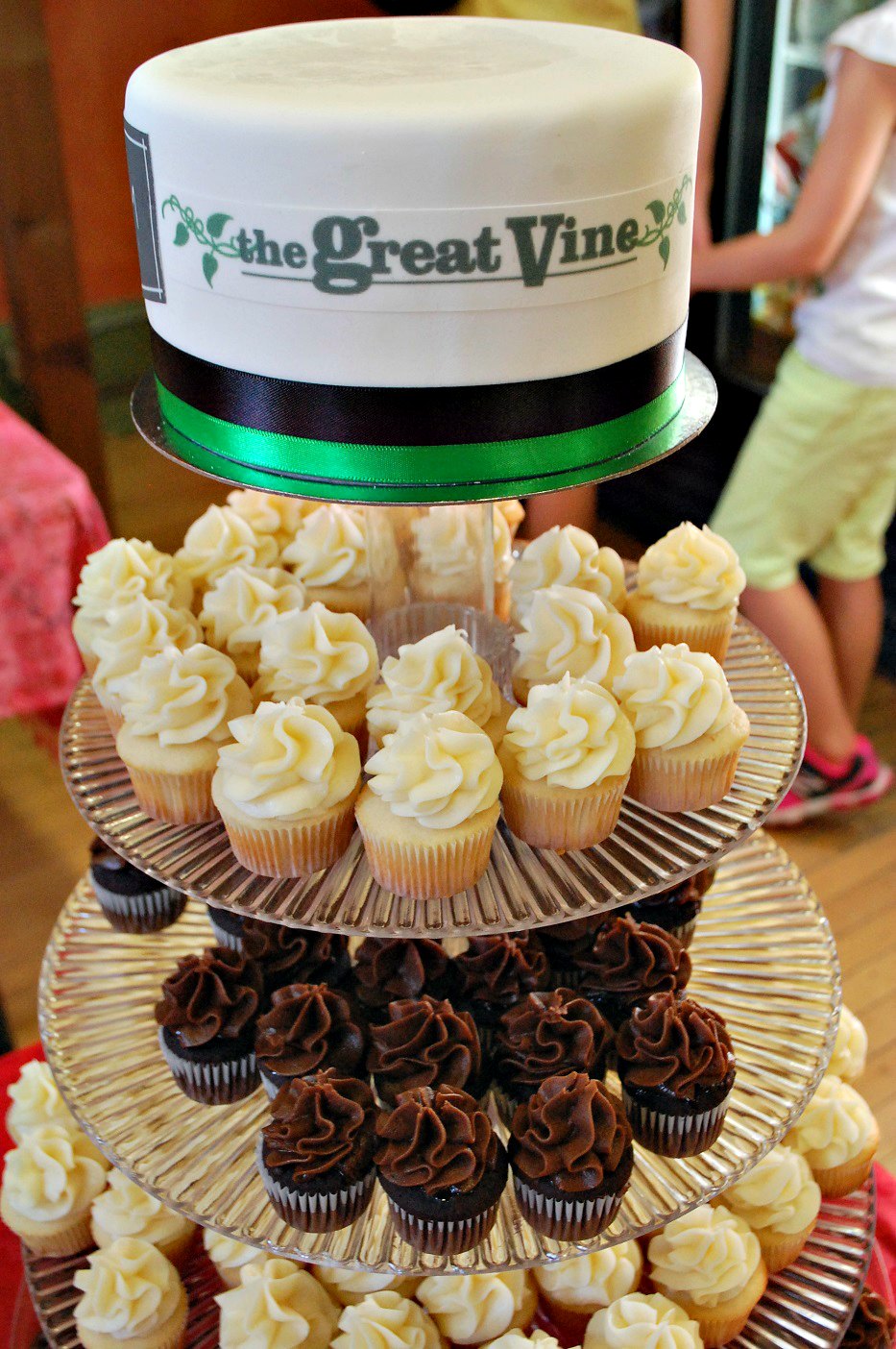 …and so were the cupcakes from Whimsical Bakery 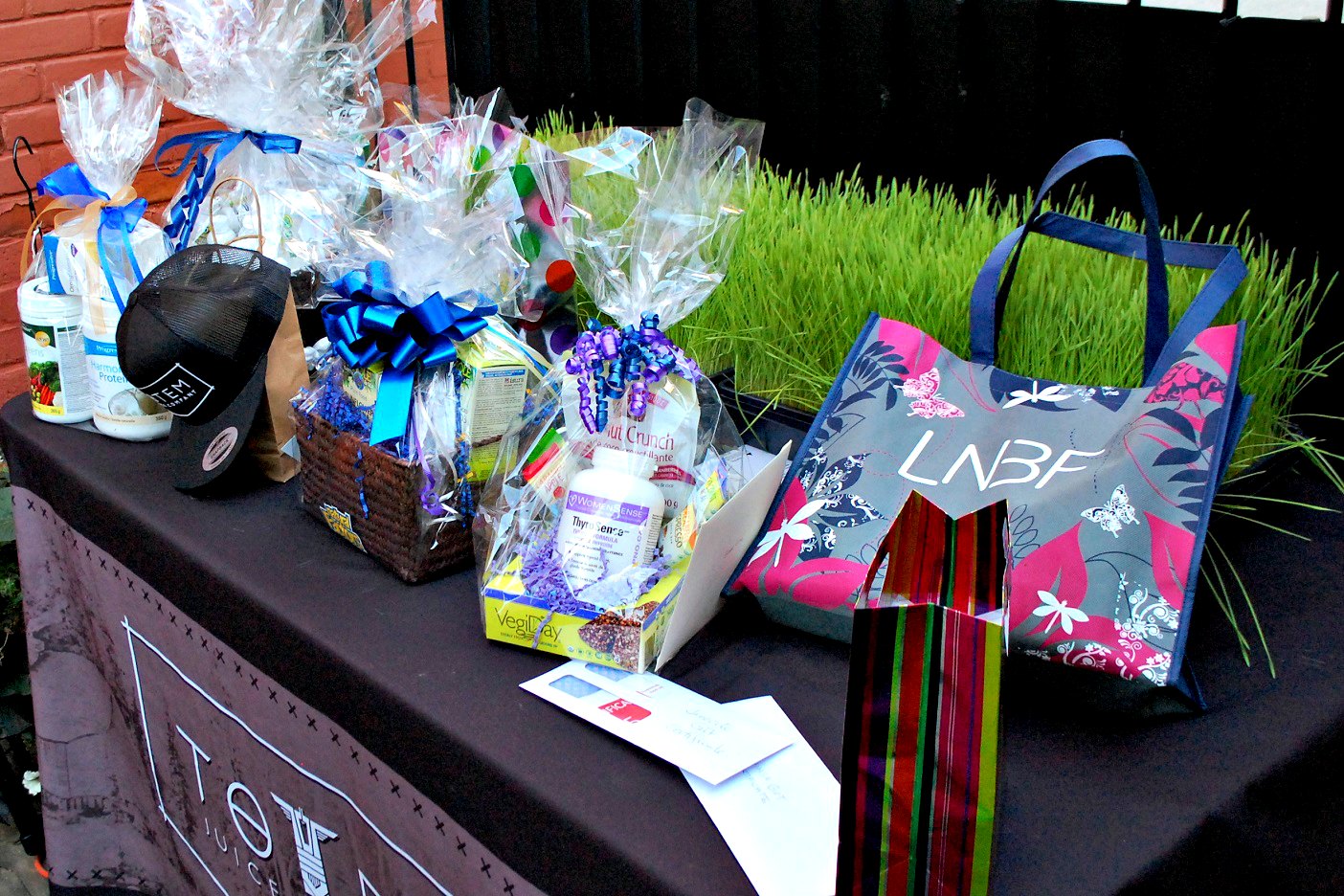 Party-goers could enter a draw for prizes 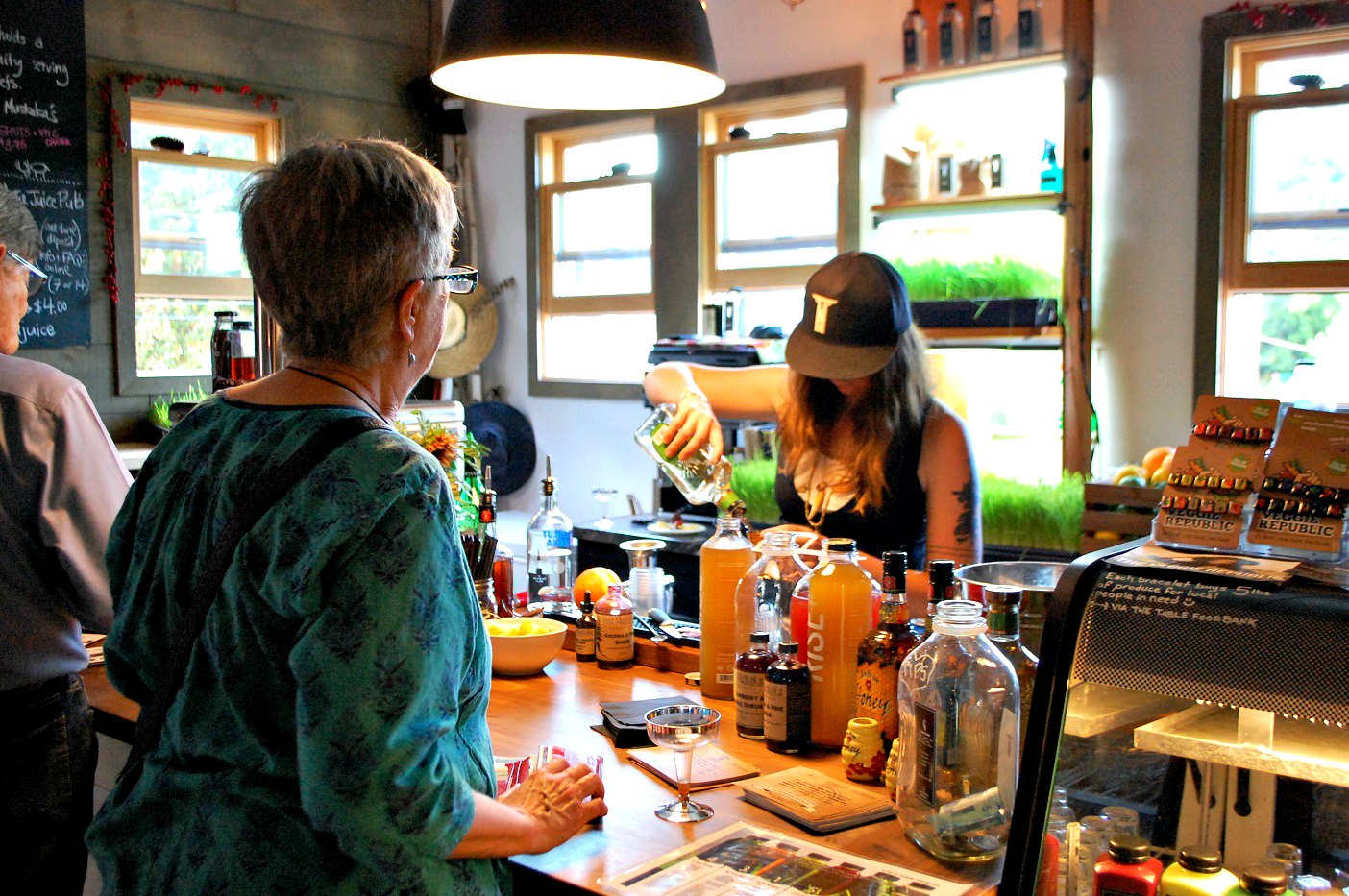 Laura Gilmour serves up a Wild Crafted Cocktail, the brainchild of her company Wild Muskoka Botanicals and Totem Juice Company

Catherine began working at the store’s original location on Brendale Square when she was pregnant with her son Jesse. Shortly after, the owner of the fledgling store offered to sell it to her and Ken. She’d always been interested in homeopathy so they said, “okay, let’s have a baby and get a business at the same time, which is kind of insane when I look back at it.”

Eighteen months later they moved onto Main Street into what is now the Coldwell Banker office, and about ten years ago into their current location.

It’s such a whirlwind – it’s been 25 years but they’re not always easy in a seasonal economy. It’s the ups and downs and so much of it is those moments where we are really supported by the community. And we try to do the same back. But in some ways I think it’s that hard private battle just being a merchant this long. You have to keep renewing ourselves and keep adapting. But like last night when there’s a party and everyone is laughing and dancing, I think, how wonderful is this.
Catherine Cole

And they’ll continue doing what they always have, working on their business every single day and keeping their eyes and ears open for opportunities. They are putting the finishing touches on The Root Cellar, a ground-level space facing River Mill Park which will feature local producers through the winter selling fall produce, meat and other products. “We’re always open to new opportunities and to work more collaboratively in Huntsville which I think has been our biggest strength. It’s lovely to have the engagement of the next generation because they’re awesome and they have lots of phenomenal ideas. There’s so much going on in our community. It has amazing energy and we are very blessed to be here.”