You are here: Home / Commentary / Pups, popcorn, and pj’s | Commentary

What people really need to know about the pandemic is that it’s okay to lick your plate, wear the same clothes for days on end, and eat the same thing for breakfast or lunch several days in a row. Orville Redenbacher’s popcorn for dinner? Go for it. You can even toss your underwear on the floor if you want.

This is year two of the pandemic and weird is the new normal. You are not alone. Your relatives, friends, and neighbours are also showing bizarre symptoms even if they won’t admit it.

Fastidiousness was the first victim of this war against the virus.

Too many of us are having trouble making decisions and have become recluses hanging out in the security of our homes. Hopefully, spring will end or relax the hibernation for some but don’t count on it. The new habits we have formed won’t be quickly replaced.

It’s a bit different for those living alone because they have only themselves to scare with their appearance unless they have friends or relatives who insist on Zoom calls.

In our house, we’ve read through enough books to fill a small library and have turned to nightly movies for entertainment and as an escape from the doom and gloom of news media and talk shows.

In recent weeks and months, it seems too many of the good movies are about wars and serial killers. After being on the edge of my seat watching carnage and mayhem for close to two hours, I then head to bed and spend the next several hours being chased by the Gestapo or creeps with the personality and job description of Hannibal Lecter.

I have watched so many crime shows that I qualify as a detective. In the woods at the dog park I find myself studying footprints and only yesterday became intrigued with a spattering of bone fragments.

I think we have all grown bone weary of discussions about the data and the science, curves that need flattening, new variants, what wave we are in at the moment, etc., etc.

Too many of us remain unvaccinated and confusion reigns supreme over getting appointments.

I think our political and healthcare leaders were prepared for some aspects of a pandemic but they vastly underestimated the societal, personal, and financial damage and the toll it has taken on our mental and physical health.

We will never know how many old folks (80-plus) suffered heart attacks or lost their minds a few weeks ago when they became eligible to register for vaccine shots. Untold thousands dutifully sat for hours on end at their computers or on their phones unsuccessfully trying to book vaccine appointments through a system we were told was near infallible.

Doing this to old folks was the cruelest cut of all. Today’s younger generations are used to computer glitches and call centres that insist our call is very important but volumes are especially high today and you’ll just have to sit there listening to music that has been selected by people who design torture chambers.

The other thing about seniors is that we are stubborn. Our kids and grandkids would probably not sit there for three hours or more determined to bag the coveted vaccine appointment. But thousands and thousands of old folks persevered despite soaring blood pressure, shattered nerves, and probably chest pains to boot.

We’ve all heard the governments’ siren call to get vaccinated. We all know the vaccine supply is substantially less than hoped for at this point and new variants are rapidly spreading through our population.

What we need most is the straight goods in language we can understand and leaders who truly understand the pain that so many are going through. Loss of faith in our leaders could turn out to be the biggest lasting damage this pandemic leaves behind.

If we don’t have our own homegrown icons to get us through this period, we can look to the United Kingdom and our beloved monarch for guidance and as a role model.

Her Majesty Queen Elizabeth has survived a lifetime of tragedies and disasters that would crush a more faint-hearted person. Wars. Deaths. Pestilence. Family issues that make our own families seem downright normal by comparison.

With the virus raging across the Commonwealth, her 99-year-old husband in hospital awaiting heart surgery, and her grandson and his wife about to drop a bombshell televised tell-all watched by millions, the Queen turned to the kind of therapy that has always worked for her.

Over the years, she has had about 30 corgis and when the last one died in 2018 she decided not to adopt any more. But as tensions mounted and the much-dreaded interview with Harry and Meghan grew near, the 94-year-old sovereign acquired two corgi puppies.

A palace spokesperson said the pups have brought joy and activity to normally sombre Windsor Castle, are intensely loyal and loving to the Queen, “and, of course, corgis also seldom rush off to L.A. to give interviews”.

She is one cool old lady. Don’t think it’s easy to look that good all the time.

Bless her heart. There is a lesson in that for all of us. Turn off the radio and TV, avoid the internet and the newspapers, and find your own therapy to get through this pandemic.

Pop up a bag of Orville Redenbacher’s, curl up in your most comfy old pj’s, hug your dog if you are lucky enough to have one, breathe in the fresh spring air, and know that this, too, will pass. 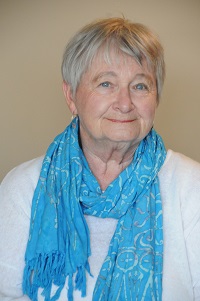