For the past 30 years, the Huntsville/Lake of Bays Fire Department and the Salvation Army have been coming together to collect food donations for those in need.

“The Salvation Army approached former chief, Ross Payne, to see if he’d be interested in partnering for a food drive. It was his idea to go door-to-door,” said Mike Vadlja, fire prevention officer, who has been helping with the food drive for 19 years. “We’ve carried on the tradition for 30 years.”

Over the past three decades Vadlja said the event hasn’t really changed, other than the weather.

“We’ve been through everything—snow storms, ice—it all seems to come on that night,” he said, noting that one year there was about two feet of snow that had fallen from the start to end of the evening. “The food donations seem to increase every year. We want this year to be the best ever.”

The amount of food donated on this one night helps sustain the Salvation Army Food Bank throughout the year.

“Our goal is to collect 30 tonnes for the 30th anniversary,” said Vadlja. He said the average is usually around 27 to 28 tonnes.

Firefighters from all stations in the Huntsville/Lake of Bays area, along with volunteers from the Lions Club, Motorcyclists of Muskoka, and the Du Ya Wanna Trail Riders Snowmobile Club will be collecting donations from 6 p.m. to 9 p.m. on Dec. 5.

After volunteers have gone door-to-door, the donations are delivered to the Salvation Army that evening.

“It’s like clock work,” said Vadlja, of the donations making their way from trucks to inside the Salvation Army via an assembly line of air cadets. “It’s crazy how well organized it is.” 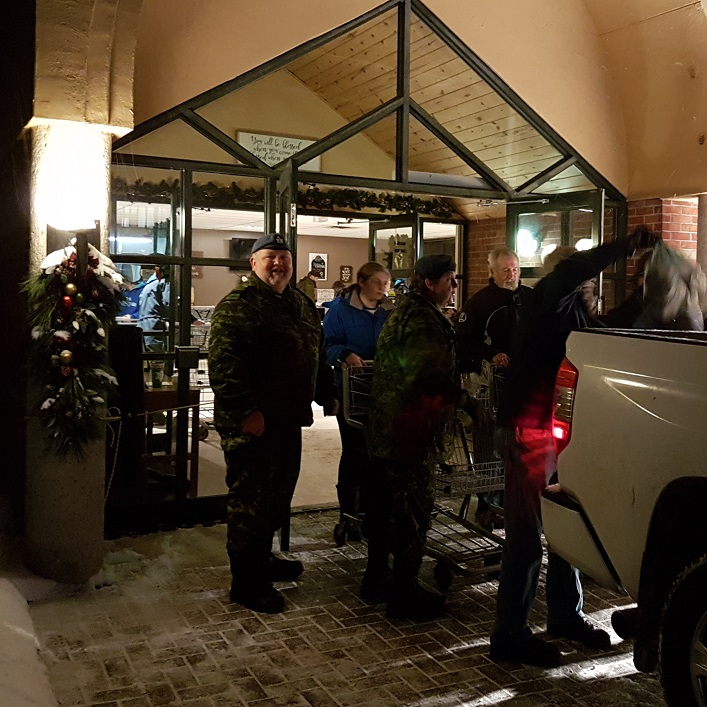 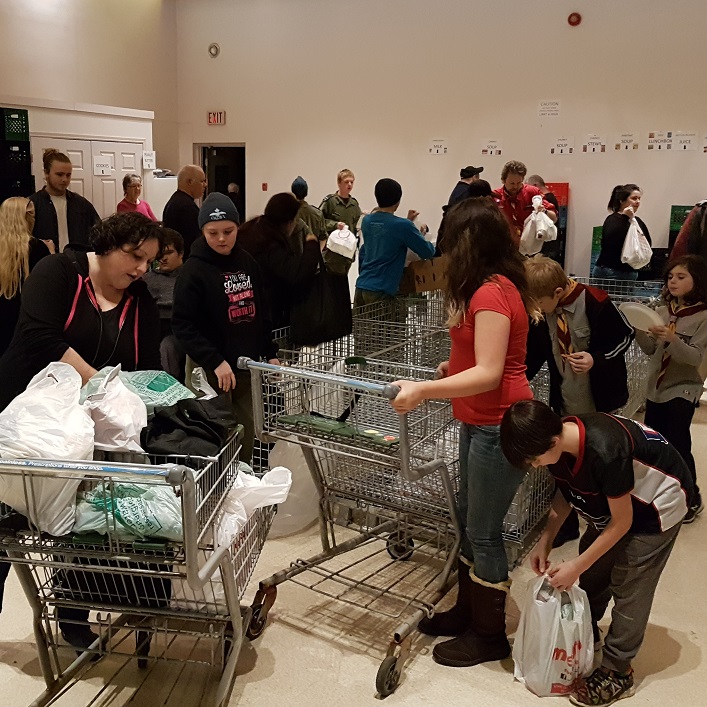 The donations are delivered to the Salvation Army gym for sorting

If you have non-perishable food items to donate, please leave your porch light on and listen for the sounds of sirens, with help from the OPP escorting community volunteers coming by to pick up your food donation.

Bags to pack your food donations are available at various grocery stores throughout the community.

You can also drop food donations off at the following locations: