You are here: Home / Commentary / Plan B – A New Year’s resolution for energy and the environment in Canada | Commentary

I recently viewed a video titled Canadian Energy – Plan B by Mr. Chris Sublicki, engineer, investment banker, entrepreneur, and CEO of Modern Resources.  After ten years of research, it is the most up-to-date and realistic presentation I have found on this subject.  I would encourage everyone interested in our environment and economy to invest 30 minutes in watching it, and then write down the points you disagree with, if there are any.

Before presenting his Plan B, Mr. Sublicki reviews the key facts around what he calls Plan A, that spanned the last 20 years:

So, what can be done?
Fossil fuel use can be reduced from 80 per cent to 20 per cent of global energy, but zero per cent by 2050 is a pipe dream. Liberals argue for aggressive reduction of GHG emissions. Conservatives argue for development of our energy resources and infrastructure.  We can and must do both.
Canadians need to stop fighting among themselves. We need to start 2020 with a rational and informed discussion on how to reduce GHG emissions while sharing our abundant energy resources with energy-poor countries that have none. 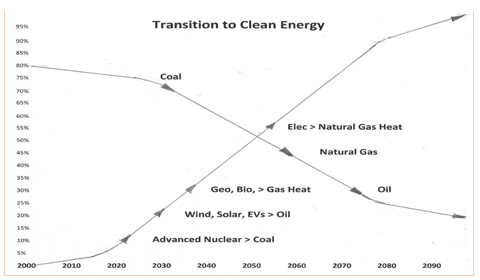 Plan B provides a roadmap for Canada to lead the above transition from the current fossil fuel economy to a clean energy economy, rather than be crippled by it.