It was a win-win weekend for the Junior C Otters, and one filled with community spirit, too.

The Otters continued their winning streak when they hosted the Orillia Terriers on Friday, January 25. Huntsville controlled most of the game to take a 2-1 win.

Then on Sunday, January 27, Otters fans filled the stands for the team’s annual Code Blue game, a fundraiser in support of the Huntsville Hospital Foundation. Fans were invited to join the team for a spaghetti dinner in the Active Living Centre following the game, with donations going to the local charity.

But first, the Otters met the Midland Flyers on the ice. The game ended in a tie, leading into a seven-minute three-on-three overtime. The Junior C Otters never quit and powered down the ice to take the final goal, winning 3-2. The crowd and teammates cheered and celebrated. 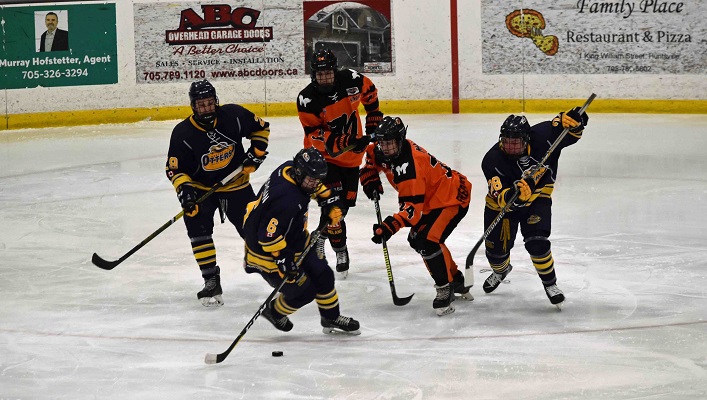 Everyone was in high spirits as the Otters joined Mayor Scott Aitchison, Deputy Mayor Karin Terziano, and councillors Nancy Alcock, Dione Schumacher, Brian Thompson and Tim Withey to serve up a hot spaghetti dinner to their community. It was a full house of Otter fans and supporters of the Huntsville Hospital Foundation. Families and friends gathered to share highlights of the game and sneak in pictures with the players between servings.

One dedicated fan, Carson Vallentin, was brave enough to ask each Otter player for their signature on his own Otters hat as a keepsake from the 2018-19 team. 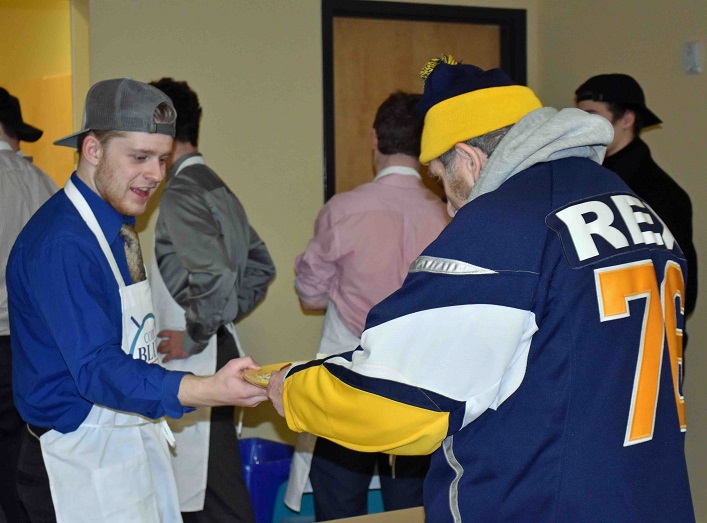 Stay tuned for the scheduled home games in the upcoming playdowns for your community team. You Otter be there!