The Muskoka Women’s Hockey League (MWHL) celebrated their fifth year with a league trip to a tournament in Nashville. Forty-four players, enough for four teams, made the trip.

There was no doubting the teams’ Canadian origins with their team names: Take Off Eh, Mean Poutine, Blazin’ Beavers, and Pour a Little Maple On It.

“What an incredible journey we took, all those months of planning came together without a hitch,” said Kim Knight, one of the league’s executives, along with Steph Oates and Courtney Doran.

The league hired a broker, Robert Rennert from Elevate Aviation Solutions, to charter a plane from the Muskoka Airport to Nashville for the Women’s Weekend Hockey Tournament held April 5-7, 2019.

In celebration of the anniversary trip, Sawdust City Brewing Co, one of the league sponsors, donated 10 cases of a custom-made beer, a spinoff of their brew, Little Norway, renamed Lil Nashville Chartered Pale Lager for the occasion. 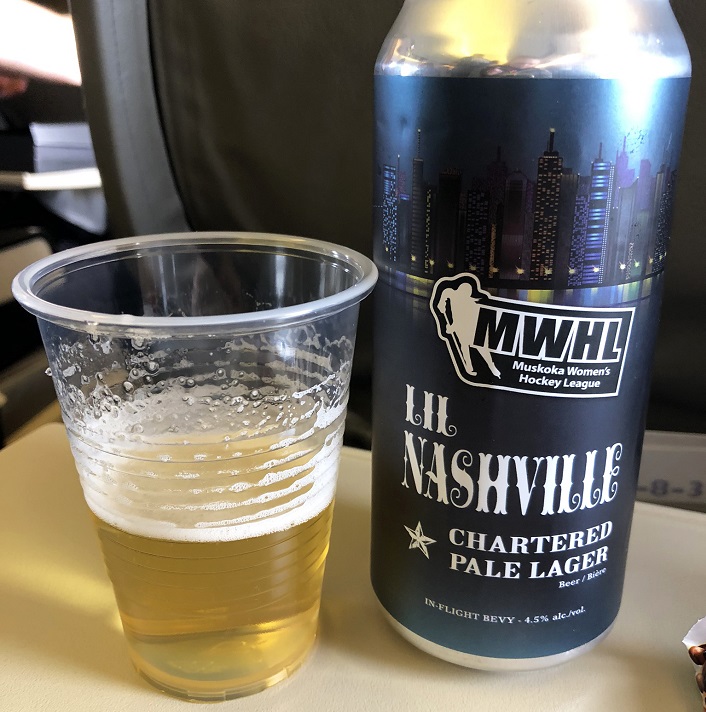 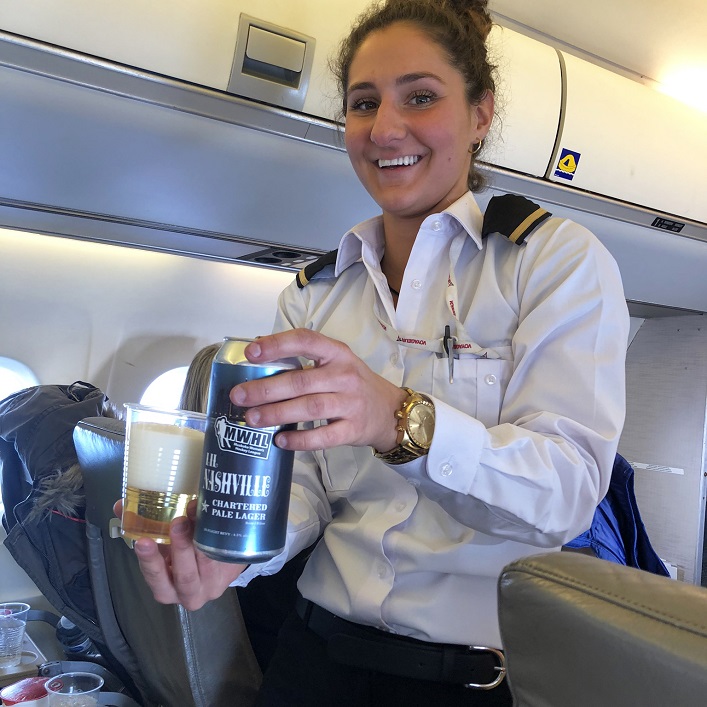 The 44 players toured Nashville on electric scooters and on a pedal tavern tour in between their competitive games. Some visited the Grand Ole Opry, while others saw the Nashville Predators play. Everyone enjoyed the night life on lower Broadway.

All four teams had a lot of fun playing the other women’s teams but only Take Off Eh moved on to the finals. 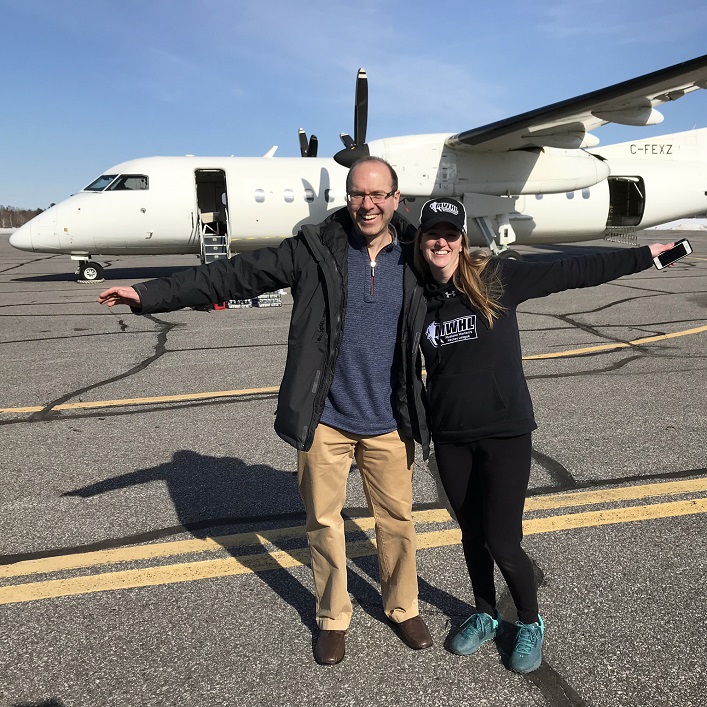 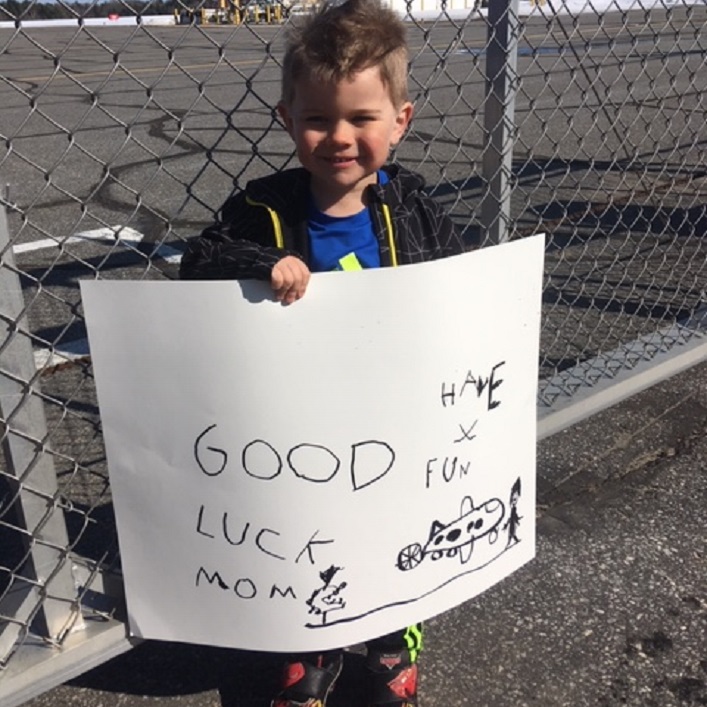 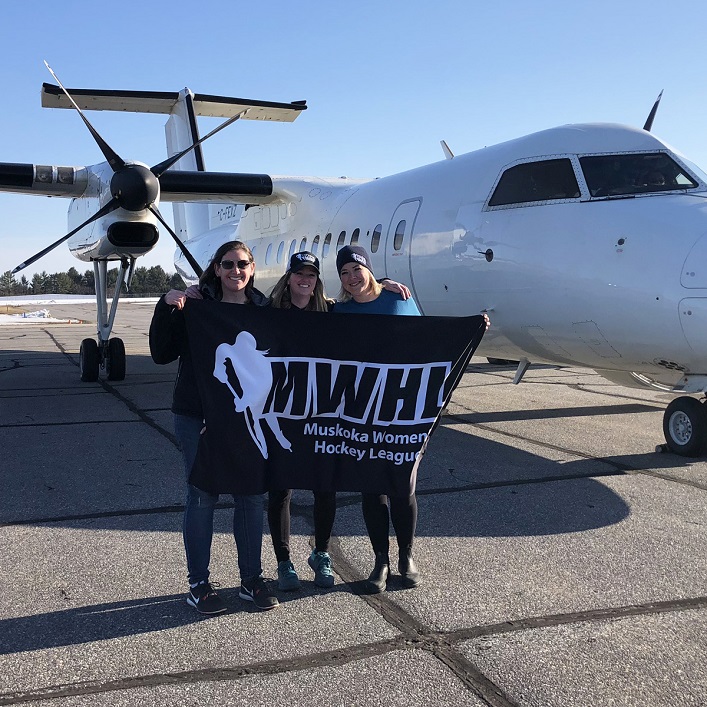 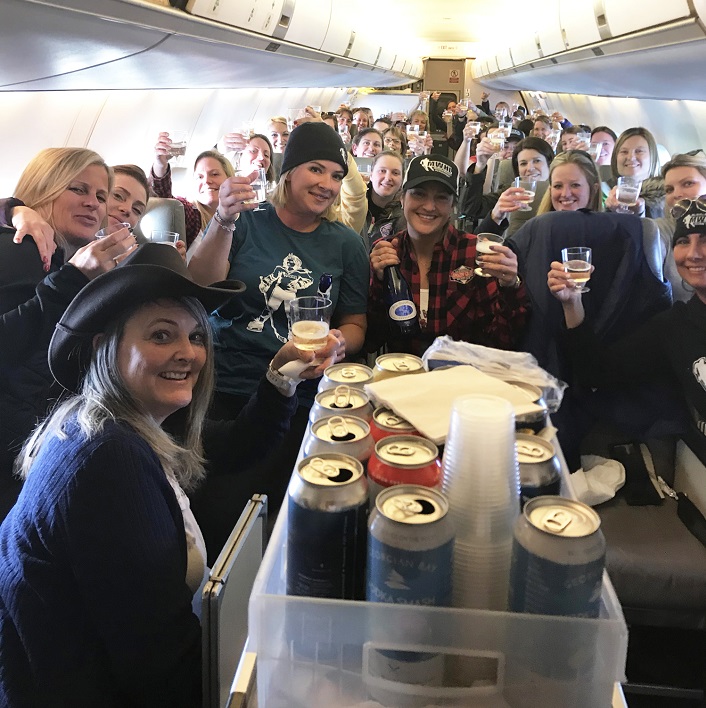 The MWHL players on their chartered flight (supplied)

The trip would not have been possible if it wasn’t for Joni Michell-Cross, who spent many hours coordinating the tournament, hotel and the bus, and sponsors like Sawdust City Brewing Co. and Bracebridge Source for Sports, noted Knight.

The MWHL league is expanding quickly. For the 2018-19 season, there were eight teams in two divisions—recreational and competitive—that were open to all skill levels and ages. The MWHL plays every Sunday through the winter with four back-to-back ice times at the Baysville arena. League executives predict that the league will grow to 10 teams.

This fall, the league will take over the Muskoka Grizzlies girls’ hockey program in Bracebridge. “Our goal is to have our women players coach the girls and turn it into a Muskoka Girls’ Hockey League (MGHL),” said Knight.