You are here: Home / Business / Movers and shakers: Doppler’s top business stories of 2018

It’s apparent from our Facebook stats and Google analytics that Doppler readers love news of a new restaurant coming to town. The top three business stories in 2018 were about food.

Starbucks is coming to Huntsville!

In May 2018 the Town’s planning committee tentatively approved a site plan for the relocation of the Canadian Tire gas bar, a convenience store and a Starbucks restaurant, to be located on property off King William Street beside the mall, paving the way for the Town of Huntsville to be the first municipality in Muskoka with a Starbucks’ drive-thru restaurant.

Hopefully 2019 will be your year, you Frappuccino lovers.

News in September that Huntsville was getting a sushi restaurant, Wabora Come and See: similar name, different owners, was well received. The Lees, Cindy, Yong and Josh, decided after working in the Bracebridge Wabora for over eight years, to open their own Japanese restaurant in Huntsville.

However, the name caused a great deal of confusion, with people mistaking it for an expansion of the much-loved Wabora location in Bracebridge. Soon after opening, the Lees received a letter informing them of a trademark infringement complaint from the real Wabora Restaurant. In response to the letter, Cindy Lee told Doppler that the name of the Huntsville restaurant would be changing. “I don’t want to deal with all the legal action,” she said. “I don’t want a headache, I’m busy already, I don’t have time for that.”

So, now we welcome Mottbora Sushi.

The face behind Marigold restaurant is Diana Patel. She comes from a business background having owned the local Pizza Pizza franchise for some time as well as the Red Maple Hotel in the West End.

Doppler readers were very welcoming of Marigold. This comment from Patricia Bush is indicative of the many comments we received on the story: “Our family has been waiting for an Indian restaurant in Huntsville for so long! YEAH! Also it will be good to have vegetarian meals on the menu. We love Indian food. Congratulations and welcome. I think you will do good business.” 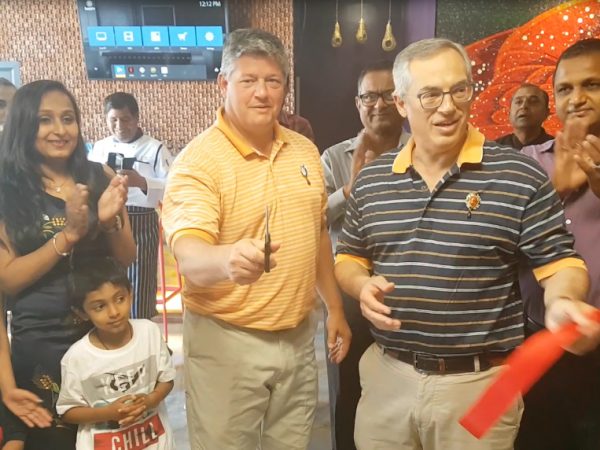 It wasn’t all about food in 2018. Readers loved our story about Claire Doughty and Lauren Doughty, sisters who opened their own law firm in Huntsville.

Their new firm, Doughty and Doughty, opened on March 12 to offer real estate law and wills and estates services to the Muskoka community. Claire and Lauren grew up in Huntsville and went to both public school and high school here. They both went of to graduate from law school.

“We are both excited to be opening a business in the community we’ve grown up in, that we love, and we’re looking forward to being part of the legal community in Muskoka.”

Downtown TD Bank building will be brought back to life

Stories about changes to Huntsville’s main street are always well read but one story in particular garnered a lot of interest.

In February the downtown branch of the TD Bank  moved to their Commerce Park location and the iconic Main Street building was listed for sale.

TD Canada Trust and its predecessors have been a mainstay on Huntsville’s Main Street for almost 120 years. The Dominion Bank opened in 1899 – back then it was where The Hudson Hair Salon is now – and moved to the corner of Main and King Street in 1926 where it remains today. Readers were very concerned about the mainstay building being vacant.

The great news is that the building was sold in November to Tracy Powell, a long-time cottager on Mirage Lake and owner of Zahara’s Boutique in Oakville. Tracy told Doppler that she plans to restore the main building to its original ‘John Lyle’ presence, so as to emerge as an attractive, vibrant retail business.”