You are here: Home / Commentary / Listen Up! Canada can learn from Australia’s bushfires: a guest post by Susan Pryke

Main image: People flocked to the shoreline in their cars in Narooma, NSW, Australia during the days when they were told to evacuate. (Photo: Allison Aitken)

I was asked to tell you what it was like living through the bushfires in Australia. I expect you will want a longer answer than: “It was hell.” 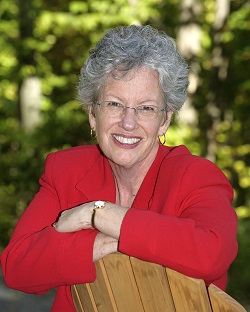 I live in Narooma on the far south coast of New South Wales. To our west there are mountains, on our doorstep the sea. The bush in between is mostly inaccessible, which is why Australians fight fires with aerial water bombing equipment. They also build containment lines by bulldozing the vegetation in front of the fire to remove the fuel load.

Australians are very good at dealing with fires. They have fire plans. They prepare their homes. They have the confidence to stay and defend their properties. But that was then, and this is now.

Ours was one of the last areas to be impacted by the fires, which started in Queensland and reached northern NSW in September. We had time to see the crisis building. By November 1 there were 100 fires burning in NSW. These were not ordinary fires. They came so fast and with such fury they burned the very air in front of them. People reported fire dropping from the sky, heat so intense that cars exploded before the fires even hit.

They consumed homes and businesses, decimated stock and wildlife, killed people who realized too late they could not defend their homes. By the time the fires reached our municipal boundary, officials said that unless it rained there was no way to stop them. They would burn to the sea—the Great Eastern Containment Line.

We were protected by the wonderful volunteers in our rural fire brigades; but they did not have the equipment or the numbers, locally, to be effective on their own.

In late December, the Badja Forest Road fire appeared on the Fires Near Me app. When I went to sleep on December 30, it was about 50 kilometres away and relatively benign. By the time I woke up, it had wreaked havoc from the mountains almost to the sea. The sky turned black at 10 that morning. The little town of Cobargo just south of us was burning. The seaside town of Bermagui was in its path.

Our town was full of evacuees that no one was prepared for. They parked at the sports ground, on the golf course, on the headlands. I saw vehicles inching through the smoke with their worldly goods in trailers behind them. I saw a Land Rover with its four-way flashers clearing a path for a girl riding her horse to safety. I watched as the day turned to night, feeling too alone, too small in the face of something catastrophic.

At times I felt that January was never going to end. Five times that monster came for us, and five times we survived. Between each fire event we cleaned up the ash and choked through days so smoky you couldn’t see the house next door.

Our service club donated a shipping container to the fire-ravaged village of Nerrigundah, whose residents had nowhere to store donated goods. On the day we delivered the container we were horrified to see the destruction. The bush was nothing but black sticks. No birds. The crumpled remains of homes still smouldered in the village.

Apparently, there is a new phenomenon called eco-grief. It is defined as: the grief felt in relation to experienced or anticipated ecological losses, including the loss of species, ecosystems and meaningful landscape due to acute or chronic environmental change.

In truth, my emotions were grief-like. I went through stages of fear, disbelief, then sadness. In the end it was the anger that surprised me most. I was angry that three years ago the State government had gutted the National Parks and Wildlife Service within whose ranks were professional firefighters and managers who knew the forests and how best to protect them.

I was angry that the air tankers Australia needed to fight fires were not ours but leased from the northern hemisphere and that we only had seven at the onset of the fire season.

I was angry that months before the fires, a delegation of high-ranking fire officials asked to meet with Prime Minister Scott Morrison and were refused. They wanted to warn him that bushfires had stopped being something that Australians could take in their stride. With the prolonged droughts and rising temperatures, bushfires like these were real evidence of climate change.

After all that has happened, I thought people would finally embrace change. Instead the naysayers (and there are many) doubled down in their belief that there is nothing they need to do about climate change. Their opinions have hardened not softened. They are, in my opinion, wilfully stupid. They know the facts, they should believe them, but they refuse.

They blame the fires on the Greens of all people, a political party that is not in power and has not formed any legislation. They say the fires were all started by arsonists. This misinformation was reported as the truth by very popular, albeit biased, media outlets, especially by the commentators at Sky News.

So, Canada, what lessons can you learn from our experience? Value media sources that have balanced reporting, vote for politicians who have a sound climate change policy, fund your fire services and ensure they have the equipment and resources they need. Most of all, embrace your community and work together.

After that first chaotic event on New Year’s Eve, the powers-that-be made sure we were not caught off guard again. Resources were brought in from across the country. On February 1, our last fire emergency, we had fire trucks and firefighters everywhere. We were finally fully ready and the fire was three kilometres away.

Although we had excellent professional help to fight our fires here in Narooma, even some tactical support from Canada, I have no qualms saying Australia was, in the main, saved by volunteers. Volunteers fought the fires, manned the evacuation centres, fed the evacuees, delivered goods to victims, opened their homes to those in need.

Our community is stronger after the fires. The crisis has brought us closer and made us better people. In that there is hope.

Susan Pryke is the author of several books of Muskoka history, including Huntsville: With Spirit and Resolve. She was the mayor of Muskoka Lakes Township from 2000 to 2009, when she and her husband Dave moved to Australia to care for Dave’s mother.