In this early Huntsville image, a CN Rail freight train pauses at the Muskoka Wood Products mill on the shores of Hunters Bay. Can you guess the year this photo was taken? (CN Images of Canada Collection) 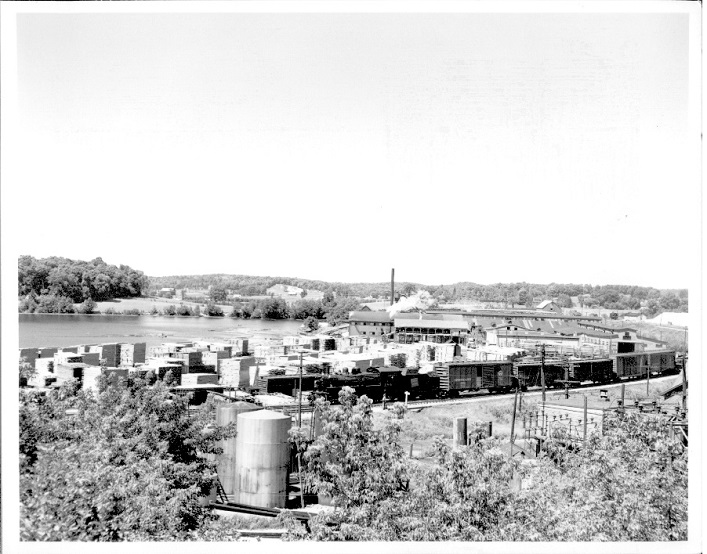 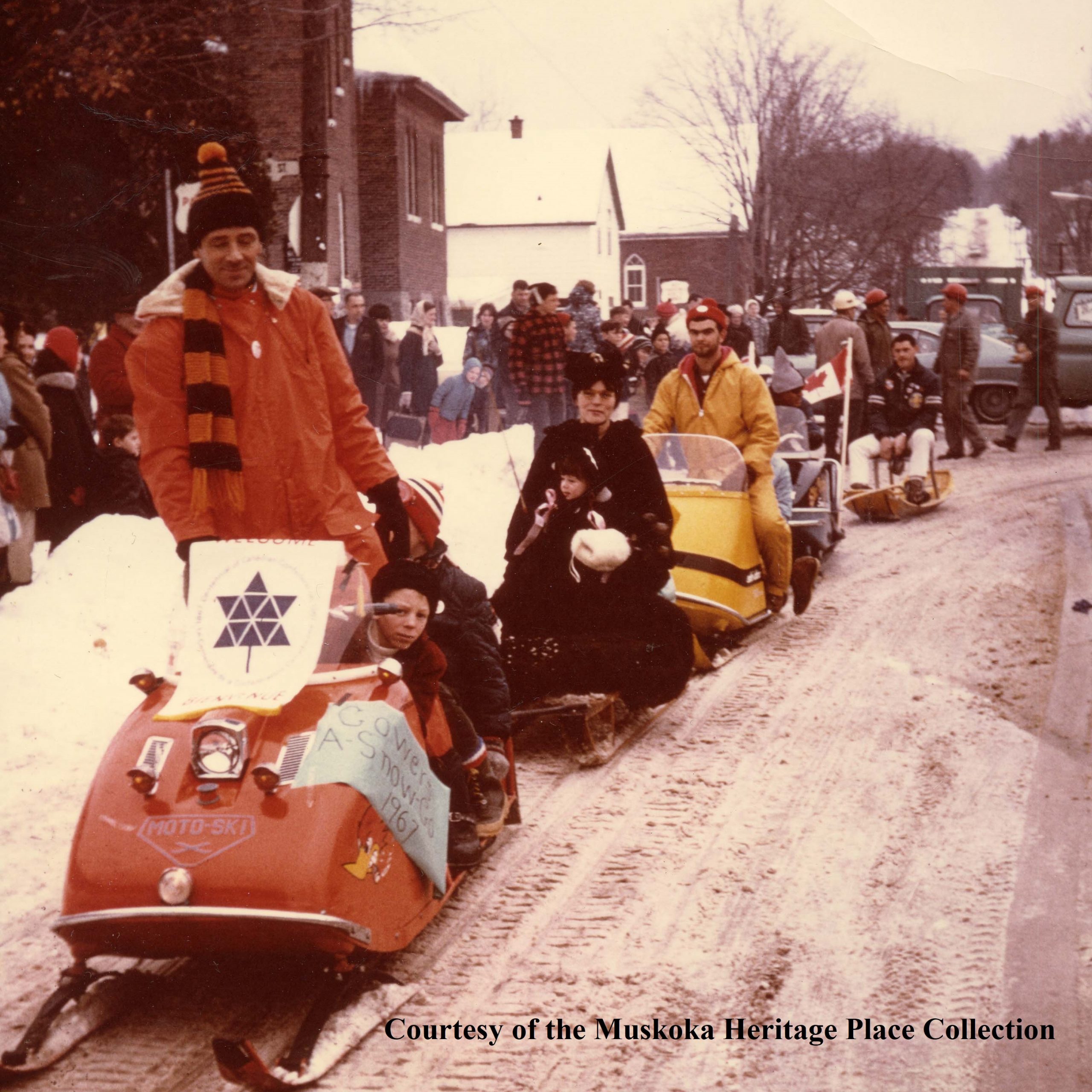 This 1967 image of a snowmobile parade drummed up some memories for Doppler readers. Here are a few of them.

Tracie Parrot: The driver of the first machine is my father Don Gower, my brother Jay Gower behind him, me with my mom Fran Gower in the sled. The next in line is Ted Keown.

Sandra Farnsworth: Year 1967… My uncle Don Gower and cousin Jay Gower in the first snowmobile, Aunt Fran and cousin Tracy in the first trailer, then Stan’s besty Ted Keown in the yellow snowmobile. Oh how I miss my uncle !!!! No one like him.

Gail Haight: Grant and Darcy were also in this parade. I believe it was the opening day for the Muskoka Winter Carnival.