You are here: Home / News / Breaking / Here’s a quick look at what happened at council last night, March 29 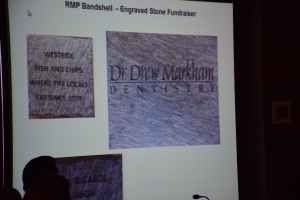 hedule despite some glitches that required a slight modification to the placement of the bandshell because of an underground sewage pipe. They told Council the project cost is still within the initial projections of approximately $165,000. Funds are being raised through donations by the Rotary Club of Huntsville, Huntsville Festival of the Arts, the Downtown BIA, Muskoka Concert Band, and AVIVA Insurance Fund as well as the sale of engravings that form a brick wall of the structure. The project is expected to be completed in time for the long weekend in May with the inauguration of the bandshell in the morning and Huntsville’s first beer festival starting thereafter.

Huntsville doctor Greg Stewart was before Huntsville Council on Tuesday talking about the province’s funding formula and the effect it is having on area hospitals. The medical c 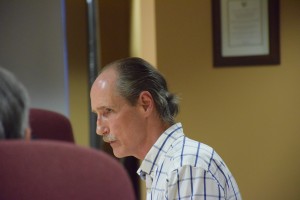 ommunity has stepped forward willing to work with the Ministry of Health and Long-Term Care to ensure core services, including general surgery, continue to be offered at both facilities. He warned about becoming site B under an agreement endorsed by both the Huntsville and Bracebridge councils on February 1.  Site A would focus on acute care while Site B on chronic care. That notion alarmed members of the medical community, especially in North Muskoka, concerned with becoming site B and seeing acute care capacity removed to save money. “General surgery and internal medicine, they make up the safety net,” he argued, adding that if either of those services are removed it will adversely impact health care in this community. He also warned that losing core services such as general surgery will adversely impact this area economically as people move closer to areas where acute care services are offered.  He called on Council to discard the notion of a Site A or a Site B plan, but to push for two hospitals that would continue to offer full services. “North Muskoka deserves to have core services in its hospitals,” he said. In response, Huntsville Mayor Scott Aitchison presented a report to Council on the issue and a motion was passed modifying its initial stance passed by Council on February 1. The new motion asks the Minister to revisit the funding formula for Muskoka, while ensuring basic acute care services are left intact here. “I am pleased that the medical community is coming together… he’s (Minister) getting resistance from every other medical community in the province except Huntsville,” said Aitchison, adding that he is hopeful that with the medical community on board a made-in-Muskoka solution to the hospitals’ financial troubles is possible. He also said he suspects the area is being watched closely by the powers that be to see what stakeholders here come up with.

Council writes off a little less

Further to the accounts receivable write off story we brought you on March 11, Council agreed to write off the expenses listed in that story with the exception of the Tri Muskoka amount, which the organization is paying for. See original story here.

Council has sent a proposal for an additional eight residential rental units on Madeline Street back to Huntsville’s Planning Committee for additional review. The Committee turned down the proposal but Council asked it to take a second look. See the original story here.

Half Ironman scheduled for Huntsville July 10 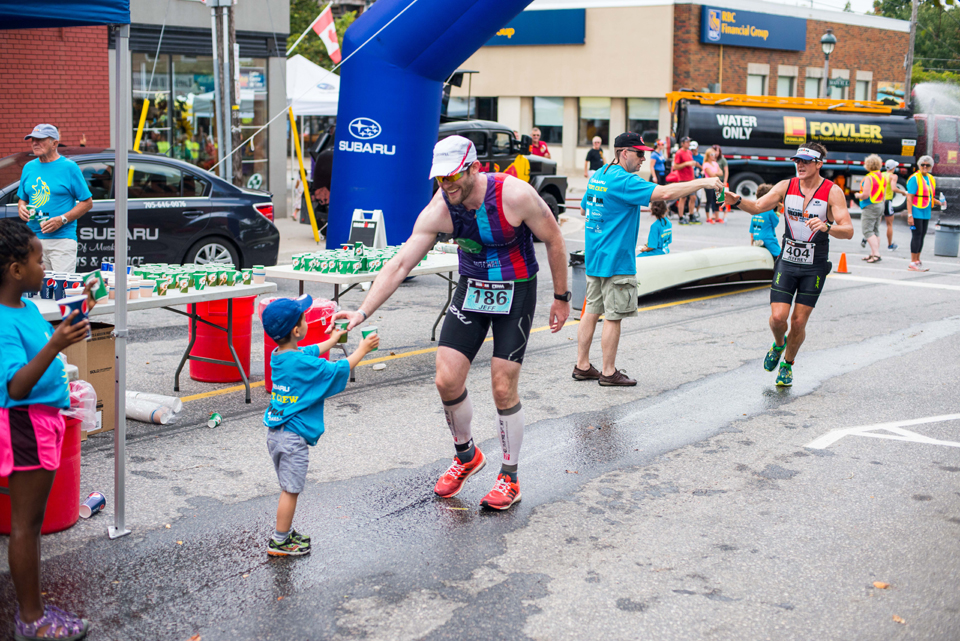 Huntsville Council has agreed to support a half Ironman to be hosted in Huntsville for at least the next two years. The Town is agreeing to pay a $25,000 licensing fee and provide an additional $25,000 in cash or services in kind. Attempts to take the second $25,000 off the table was defeated for fear of losing the event altogether. Services in kind include items like MTO permit fees, EMS services, CRS equipment, portable toilets, and mailings.  Council has also appointed a committee to “organize/plan ancillary events in conjunction with the Ironman 70.3 Muskoka event,” according to a report by Scott Ovell, Community Development Officer. The General Manager for the event was paid about $50,000 last year. Council went into a closed session discussion about the position. It emerged with a resolution to enter into a four-month contract with the former GM. The contract will run for one year and involve fundraising and securing sponsors.The salary for the position has not yet been disclosed.

Sale of the Chamber building

Emerging from a closed session meeting regarding the sale of 8 West Street North, the Town waived its first right of refusal opening the door for the sale of the Huntsville Lake of Bays Chamber of Commerce building. Negotiations have been ongoing over the public washrooms in the building that the Town helped build as well as to whether the Town would continue plowing the parking lot. The Town is expected to get an estimated $70,000 from the sale. It cost the Town about $120,000 to build the washrooms with the Chamber paying 1/20th of the cost each year, according to Town CAO Denise Corry. “So we were eight years into it so we have roughly 12 years left and the amount that the Chamber would owe the Town of Huntsville is roughly $70,000,” she said.  If the deal goes through, there’ll be no more public parking or washrooms in that location. Huntsville Mayor Scott Aitchison declared a conflict and removed himself from those discussions due to business reasons. The name of the buyer is being withheld until the deal is finalized.