Every two weeks, I will be profiling an extraordinary human being who lives in our community. If you know someone who is doing something interesting with their life, I want to hear about it. Send me an email at [email protected]

And that is exactly why at 79 years old Garry Wayne continues to make time to visit various nursing homes around the area and bring music to residents who might not be able to get out otherwise. For some folks, he says, the only thing they have is a room and medication to take. One time, he played at SickKids Hospital in Toronto to a little girl who hadn’t spoken a word in over a month. She was very ill and Garry sang a song to her while she lay motionless in her bed. Halfway through the song, she began to mumble. Her parents were in the room. They broke down crying. The little girl was trying to talk. The doctor told Garry the music brought her back. Music can be very powerful.

“I don’t know if music can actually heal people, but I do know it can bring back memories,” he says. “Maybe it’s a certain song they listened to when they were growing up or they used to hear on the radio. But the fact that it makes people happy is the main thing for me. I enjoy making people happy.”

This past spring, Garry underwent triple bypass heart surgery, which he is still recovering from. Having a major operation forced him to take a bit of time off from doing what he loves but he can’t wait until he’s able to get back to playing for his biggest fans. To this day he dreams of having his own concert.

He’s been in the business so long he can instantly read the crowd. If they aren’t tapping their toes, humming along, clapping or moving to the beat, Garry takes it as a sign. He knows they want to hear something different. He has more than 7,000 songs stored in his mind, so changing his tune is never a problem. He’s memorized the lyrics to each and every one. He plays everything from country to middle of the road to the blues. Oh, and he never plays a show with a set list. Just in case he does have to change his repertoire. The show, he says, will always go on. No matter what.

Music is all he’s ever known…

Garry’s a star in his own right, having performed on stages all over Canada and the United States for well over five decades. The country crooner will tell you there isn’t a song he hasn’t sung and there isn’t a band he hasn’t seen live in concert. His love for music got him rocking at some of Toronto’s hottest clubs and taverns back in the 1950s.

And here’s another juicy tidbit about Garry: he met a lot of famous people along the way. Ask him about Jerry Lee Lewis and he’ll tell you “he’s just an incredible guy”. Ronnie Hawkins “is a great entertainer” and Bo Diddley is “an amazing guitar player and songwriter.” Garry has had the honour of sharing the stage with the likes of The Band, Robbie Robinson, Shirley Mathews, Skeeter Davis, Frank Zappa, Little Anthony, Rockin’ Ray Smith – to name a few. The list is endless and he learned everything he knows about performing from watching some of the greatest bands of all time live.

Garry only got stage fright once. He was just a boy, maybe 10 or so. He was taking the stage with an older kid for a performance in elementary school. He looked out at the crowd, tried to open his mouth to sing but he couldn’t. Then he tried again. He still couldn’t. The third time was a charm. He took a deep breath, inhaled some confidence and then rocked the stage with a rendition of Blue Suede Shoes. 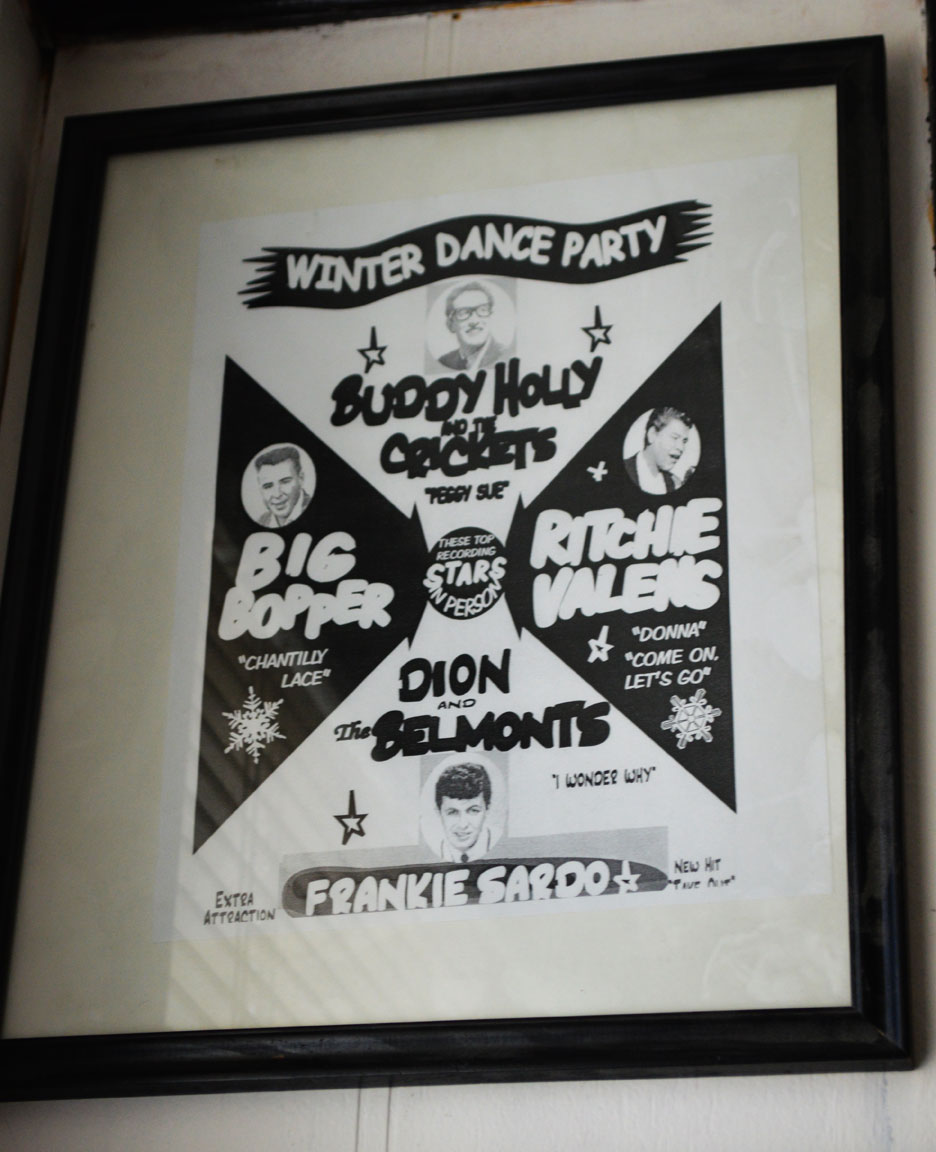 He actually has the last concert poster before Buddy Holly died, which he keeps framed and in excellent condition. 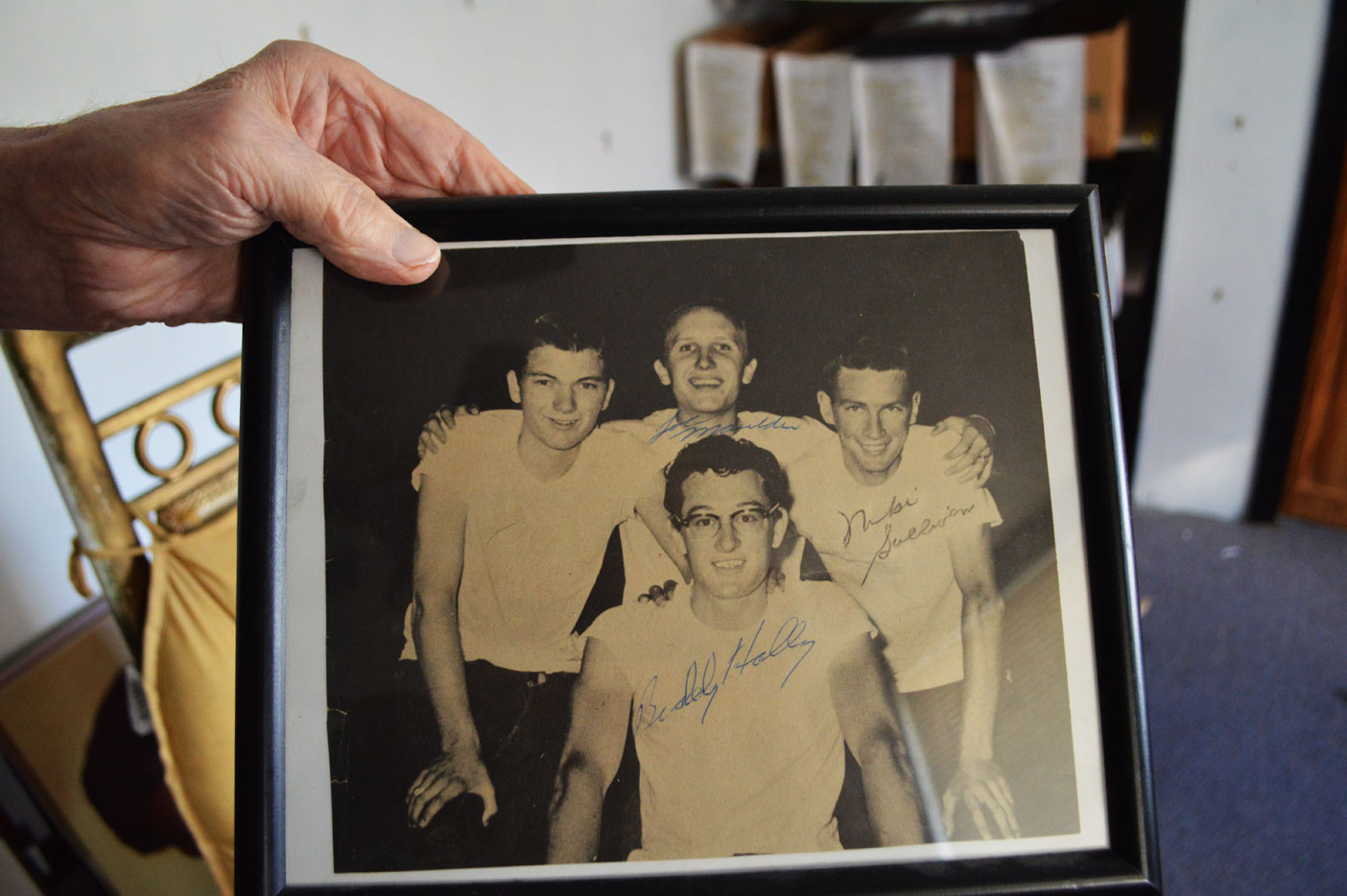 And he also has a signed photograph of Buddy Holly and the Crickets. A prized possession! 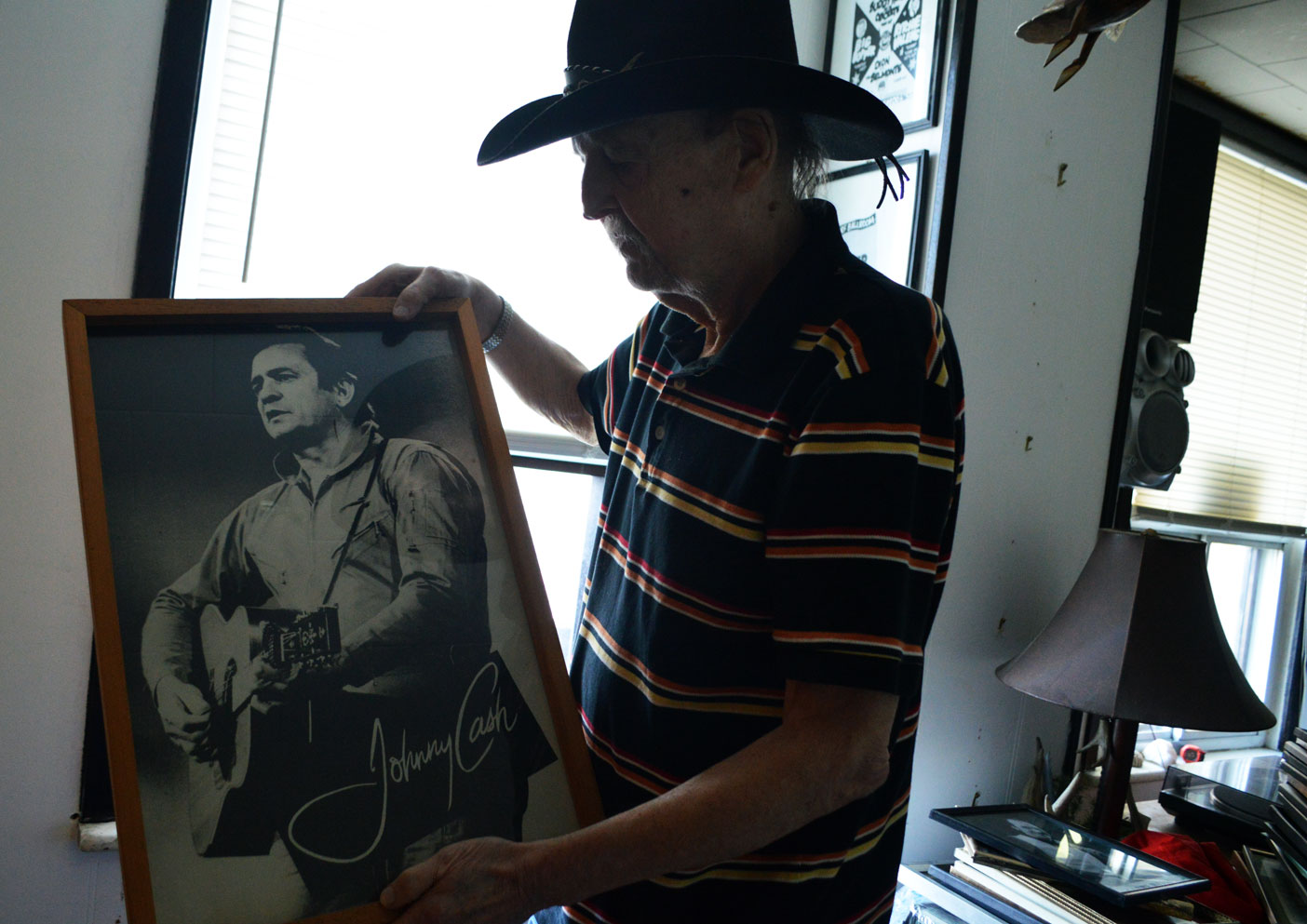 Garry has several rare finds, including this picture of Johnny Cash dressed in colour clothing. Wow!

That was the first and only time he would ever take the stage in elementary school. He quit school before he was in Grade 8. He was bullied and beat up on a regular basis for having a medical condition. He suffered from hypoglycemia and he remembers having convulsions on the street and people would actually walk right by, afraid to go near him. Things were a lot different back then, he says.

By the time he was 12, he was working a job at a carpet store. Over the course of his life he worked many different jobs, as having little education made it difficult to obtain one in a particular field. But he has no regrets about the way things turned out. Everything happens for a reason. Music quickly became a main focus in his young life.

It was around the time that I quit school that I turned to music. I would go to the record store buy 78s or whatever was number 1 and listen to it over and over and over again. I guess that’s how it all started. It was sort of like therapy for me.

It’s not like Garry came from any sort of musical background either. It just became something he couldn’t live without. As he got older, he got more connected to the music scene. He followed his favourite bands and went to any concert he could. There isn’t a club or tavern in Toronto that he hasn’t been at. He studied the way performers moved and got the crowd going – always completely intrigued and enthralled.

And all the while he was developing an ear for sound, he also had a burning desire to learn to play. Except for a few lessons, Garry taught himself how to play the guitar. Any tips he was given, he took to heart and applied. He was keen to learn the ropes of making music and his knowledge of the industry and genuine love for meeting new people worked to his advantage.

I hung out with a lot of people and many of them who were famous. Blood, Sweat & Tears, Steppenwolf, The Sparrows, The Ugly Ducklings… I hung out with all them in the village down in Toronto on Avenue Road. I’d introduce myself, we would get to talking about music and then I’d be invited over to their table to have a beer. That happened a lot. The odd time they’d even get me to sing.

In 2013, Garry released his first album titled Back of the Moon. The CD features 11 tracks, all originals that Garry wrote. It was something he felt he had to do, and it’s a musical feat he’s proud of. It shows just how far he’s come. It was a natural progression, he says, and proof that anything is possible if you put your mind to it. On the CD is Garry’s signature, which is always signed with a heart at the end. And that, he says, is his way of saying this music “is from me to you. It comes from the heart.”