The Huntsville Hawks 2019 banquet and awards ceremony was held Monday night at the Active Living Centre to recognize and celebrate the dedication and accomplishments of Hawks teams this season.

All three teams got to ride the float with a steel hawk in a short parade led by the Huntsville Fire Department down Main Street and Brunel Road to the Canada Summit Centre. Onlookers honked and cheered the teams on!

The awards ceremony began with congratulations to all Hawk players, their families, coaches, and executive staff for such a successful season, from teams playing in the A loop to winning three championship banners.

The night reflected a sense of family as the coaches spoke about their team of players, their bench staff, the executive staff and the parents for all being a part of the Hawks lacrosse journey.

Great thanks was given to the Hawks organization and Hawks sponsors for another fantastic year. 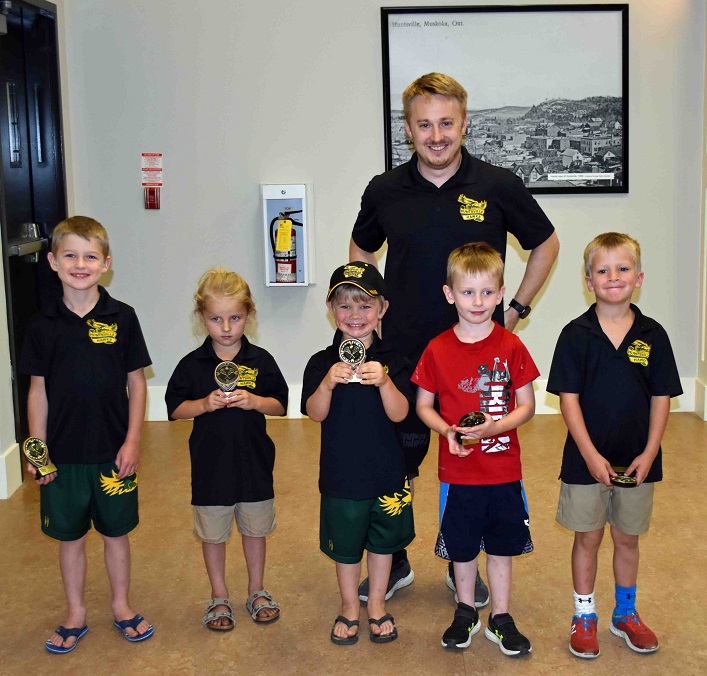 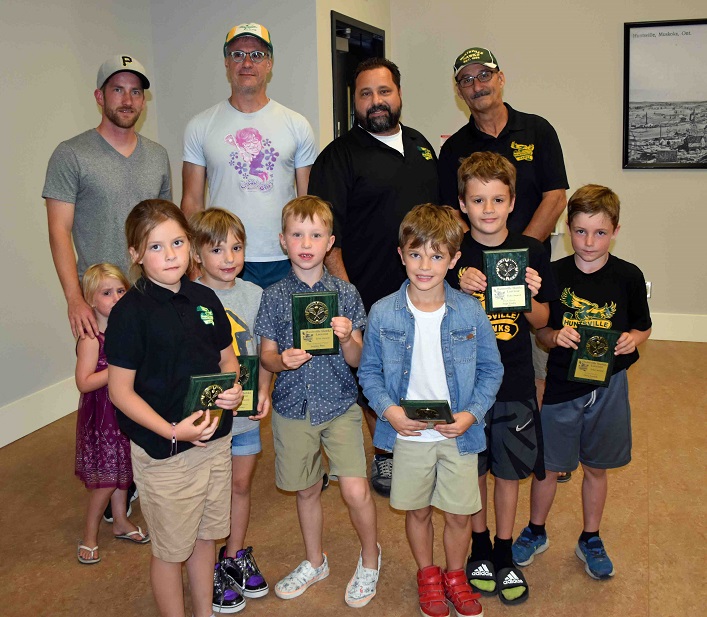 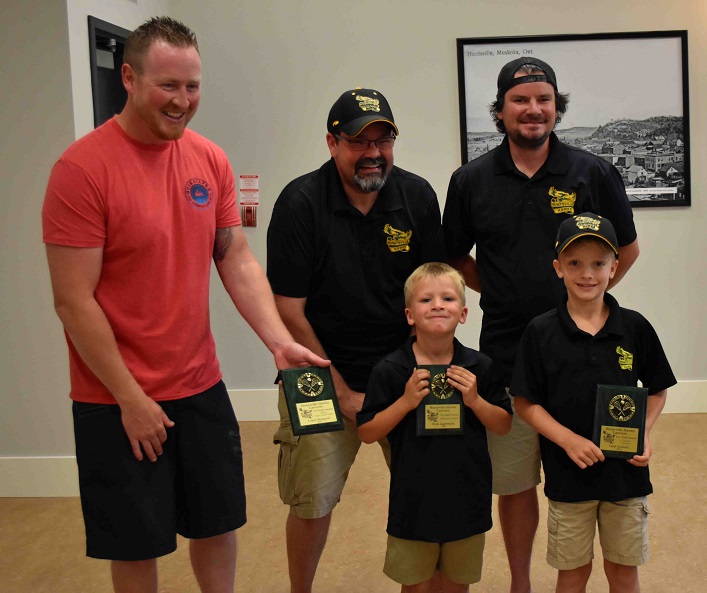 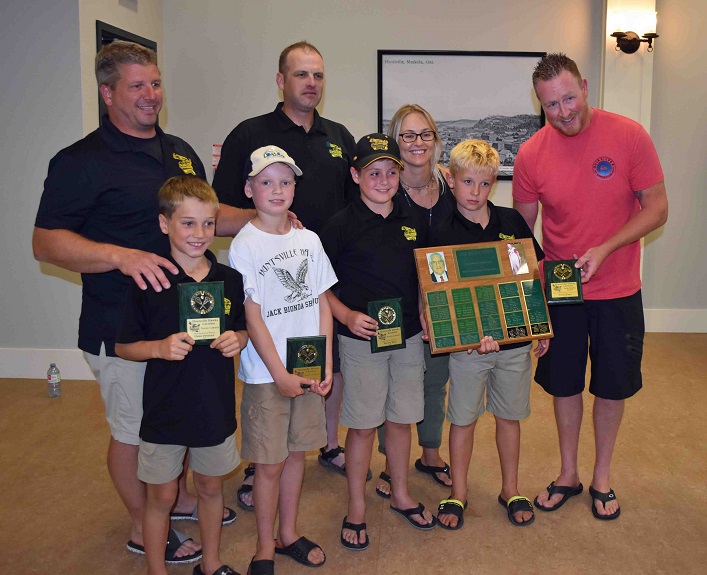 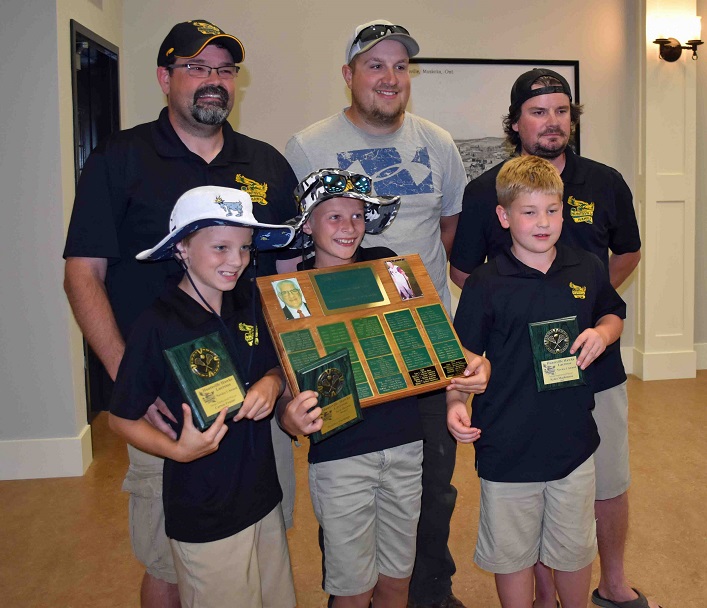 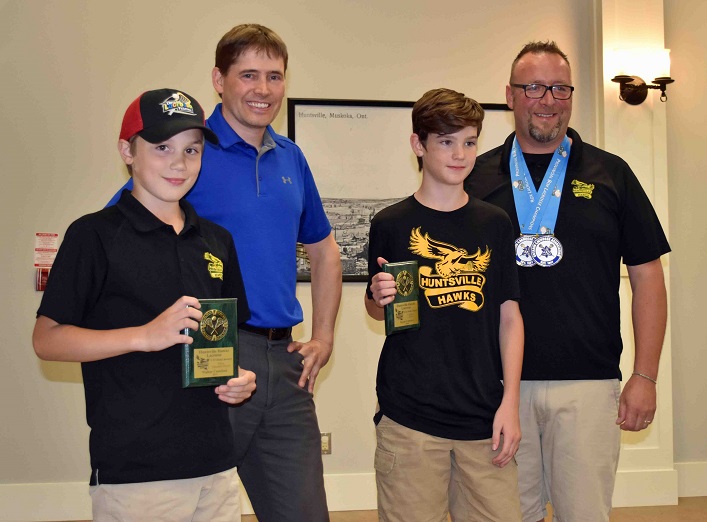 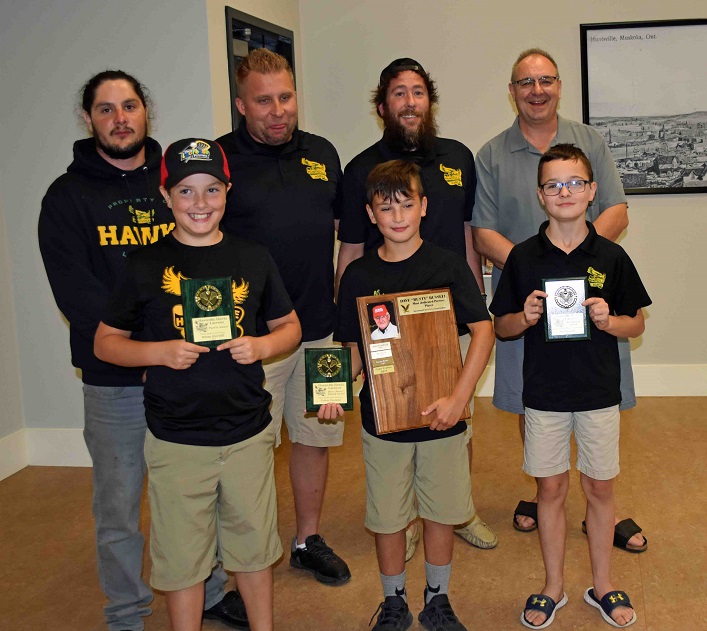 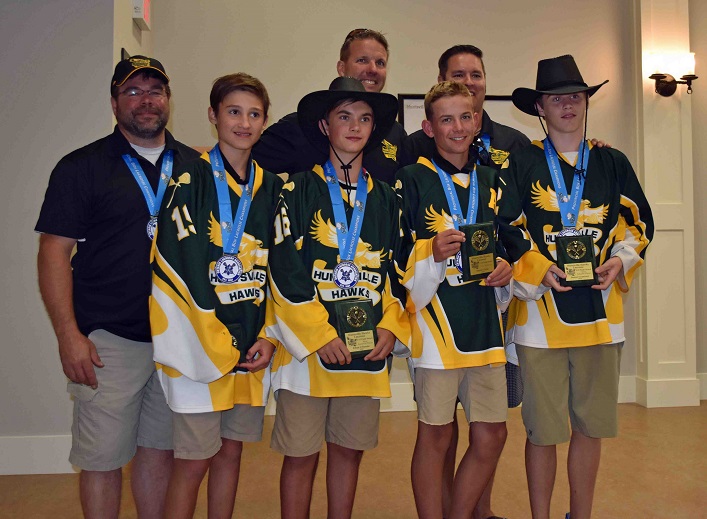 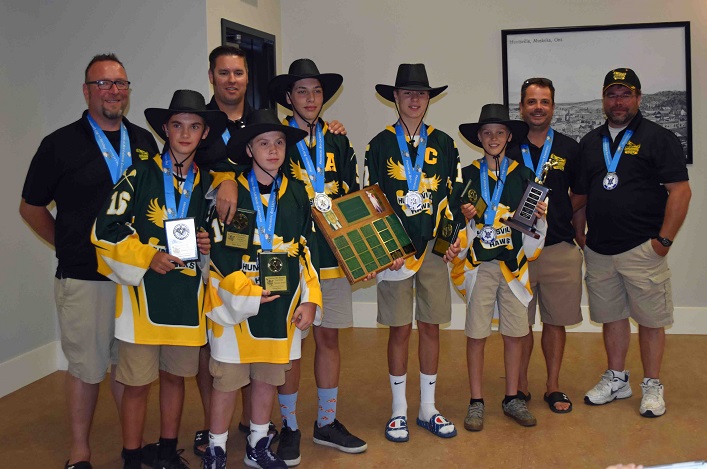 The Russell Murdy Memorial Award for the “Bantam who demonstrates the love of the game”: Wyatt Fisher 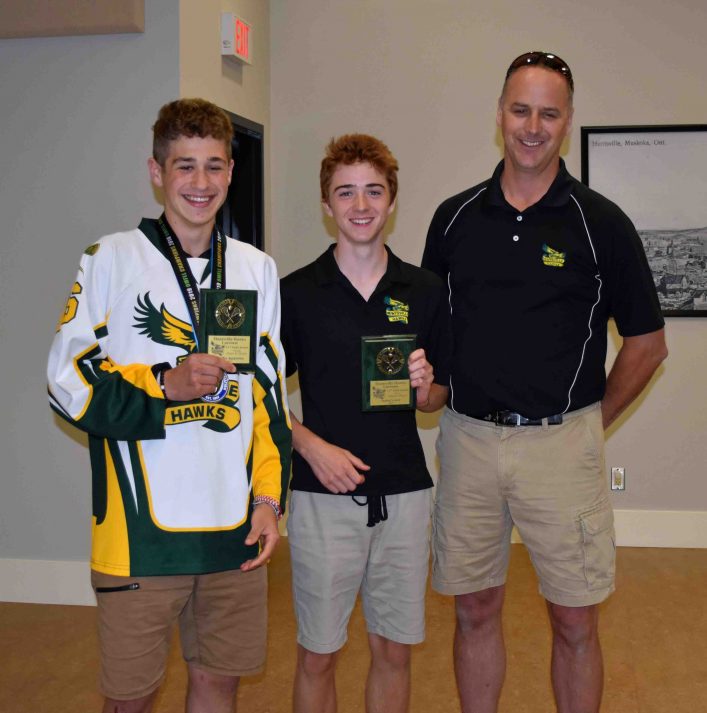 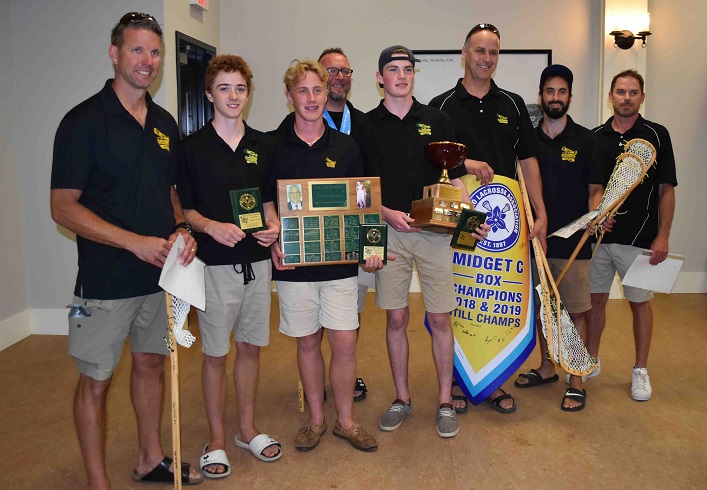 The Jimmy Thompson Award for the “Midget who demonstrates the most enjoyment and dedication to the game” was awarded to Mitch Lines. Riley “Bougs” Knox received the Jim Meredith Award for Huntsville Minor Lacrosse Tournament MVP, Midget Provincial Championships. 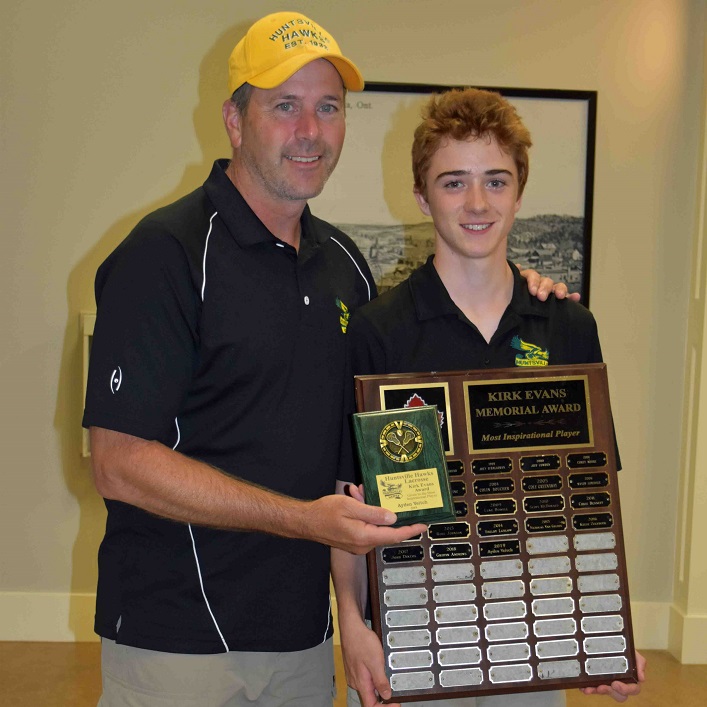 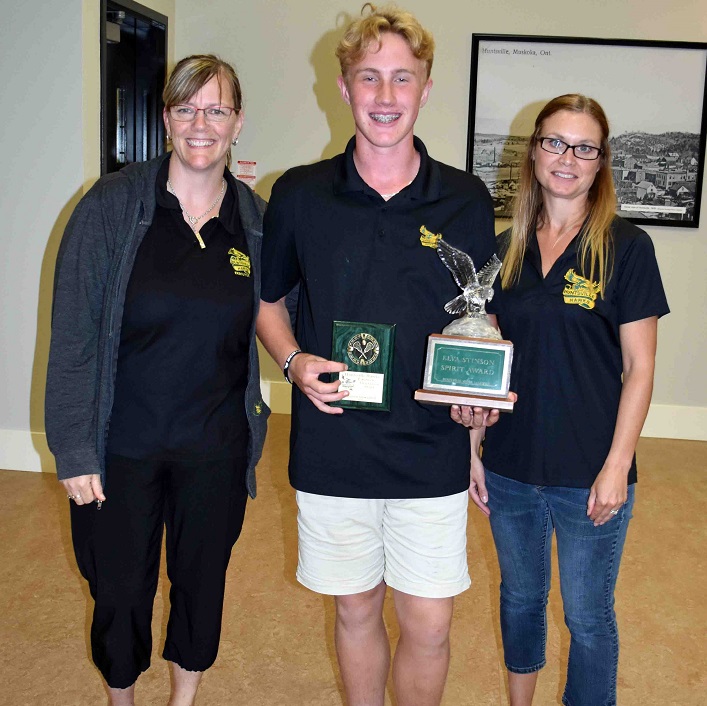 The Elva Stinson Award for the person who embodies the spirit of lacrosse and lives for every aspect of the games was presented to Quinton Greenfield. 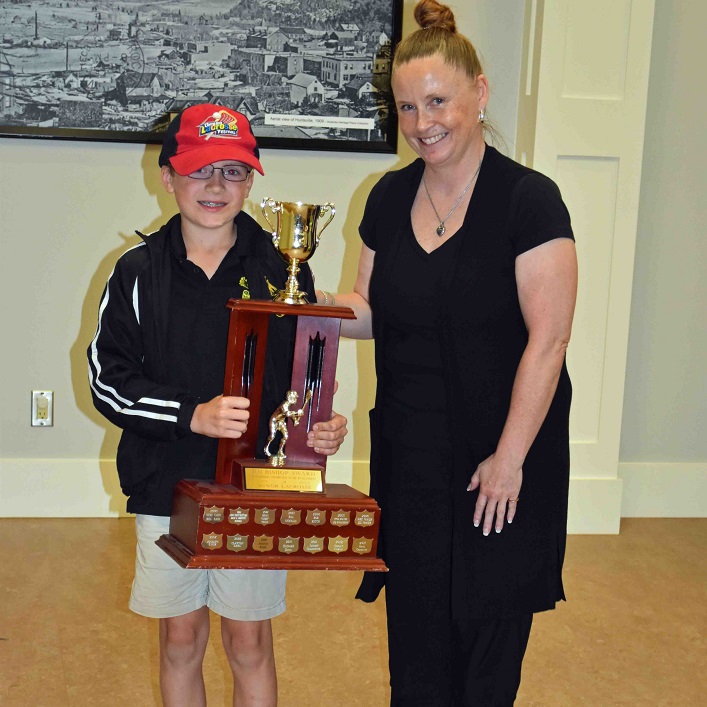 The Jim Bishop Award, presented by Gail Bishop for “outstanding contribution to the development of Minor Lacrosse”, was awarded to Clayton Earl. Clayton was not in attendance so his son Jake Earl accepted his award. 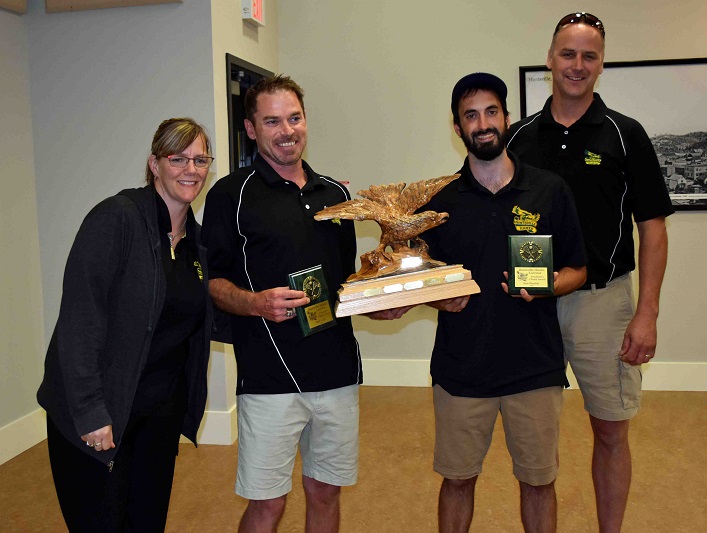 Correction: A previous version of this story referred to the sculpture in the parade as an eagle. It should have read hawk.