You are here: Home / Commentary / Dogs have stolen our hearts, wallets and sometimes our brains

It’s summertime and people and their dogs are everywhere. Even though cat versus dog numbers are similar, you don’t often see someone walking a cat, although they can be trained apparently. The latest Ipsos Reid survey shows that 35 per cent of Canadian households have a dog, while 38 per cent have a cat, which is consistent with other surveys conducted around the world. Honestly, I expected the numbers to be much higher. At a popular small-town festival we attended recently, there seemed to be almost as many dogs as people. Maybe it just feels that way after you’ve had your crotch sniffed repeatedly.

Because we see dogs out and about with their owners it’s easy to see that people love their dogs and plenty of studies tell us that canines have evolved to reciprocate. When we gaze in a dog’s eyes a shot of oxytocin is released, strengthening the dog/human bond similar to the one that drives maternal bonding between mother/child.

And dogs aren’t dumb; over the past 34,000 years – give or take – they have apparently learned to mimic human child behaviour in order to win our hearts. But a dog is not a child. You may have picked Fido out of a line-up at a shelter or purchased him from a breeder or even found her roaming the streets of your vacation paradise and decided to bring her home, but for sure you did not propel him/her screaming and wriggling out of your body in an intense experience that is equal parts agony and joy.

And for the next 10 or so years you don’t get to drop said child off at a shelter even if you get very, very fed up with him/her destroying your sleep or your finances. Treating your dog like a child somewhat trivializes childbirth I think but maybe that’s just because I’m more of a cat and/or people person.

I have no idea when dogs became elevated to near-human status. Just 50 years ago farmers had dogs to keep livestock safe and parents brought a dog home to teach the kids responsibility. People cared about their animals but I’m not sure that they loved them. Mostly, when day was done they got tied out back and they hardly got a thought for the next 12 hours.

Dogs sure didn’t sleep with you or get bundled up in a stroller and taken for a walk. If they got sick or feeble they often went for a walk out at grandpa’s farm and didn’t come back. I don’t wish for a return to those cavalier days but surely there is a reasonable point between benign neglect and fawning adoration.

Fun fact: In the U.S. 62 billion – that’s right BILLION – dollars a year will be spent on pets in 2016. That includes cats and maybe ferrets but however it rolls out it’s a lot of money.

I don’t know if that dose of feel-good hormone oxy can make people stupid but I suspect that it might. If you go to almost any beach or park you will likely see a ‘No Dogs Please’ sign and a dog lifting its leg up against it. Dare to gently point out to the owner of the offender that “Um, dogs aren’t allowed here” and at best you’ll get an annoyed sniff and at worst an admonition to “Go stuff yourself’ but in much saltier language. Apparently those signs are meant for other people’s dogs.

Each spring as the snow melts, nasty evidence that a dog has passed by is revealed along the sidewalks and walking trails of downtown. The prevailing thought at the time must be that if your dog’s steaming pile of crap melts into the snow it doesn’t really exist. It’s a twist on the existential question: “If a tree falls in the forest…”
But the most egregious breach of canine ownership is that surrounding the misrepresentation of companion dogs as service animals.

The public has a duty not to pet or distract a service dog and we have a duty to be very generous in judging who might need one. Lots of disabilities like PTSD and seizure disorders are hidden so I bite my tongue when someone declares her yappy, nippy dog a service animal even though it appears highly unlikely.

I like dogs….I’ve even loved a few. But, in my humble opinion, a large segment of the dog-owning public needs to leave the dog at home and attend dog obedience classes themselves. 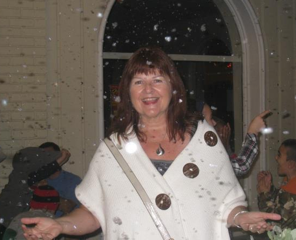