You are here: Home / Community / CARP Muskoka’s AGM an opportunity to connect on issues that matter (May 4, 2017)

With more than 1200 members in Muskoka and Parry Sound, the local chapter of CARP – formerly the Canadian Association of Retired Persons – is a strong advocate near and far for the organization’s priorities.

More than an advocacy group, CARP also provides its members with a wide array of benefits that include insurance, travel, entertainment and product discounts. Memberships are available for one-year, two-year or five-year terms; anyone over the age of 45 is welcome to join.

At its AGM on May 4, which is open to any and all interested citizens, the local CARP chapter will welcome Anthony Quinn, CARP’s Director of Community Development. The chapter will also elect new board members, although voting is limited to members only. (If you are interested in becoming a member, learn how to join here.)

The CARP Muskoka/Parry Sound’s AGM is being held on May 4 at 7 p.m. at the Waterloo Summit for the Environment.

Learn more about CARP Muskoka/Parry Sound at muskokacarp.ca or on Facebook here. 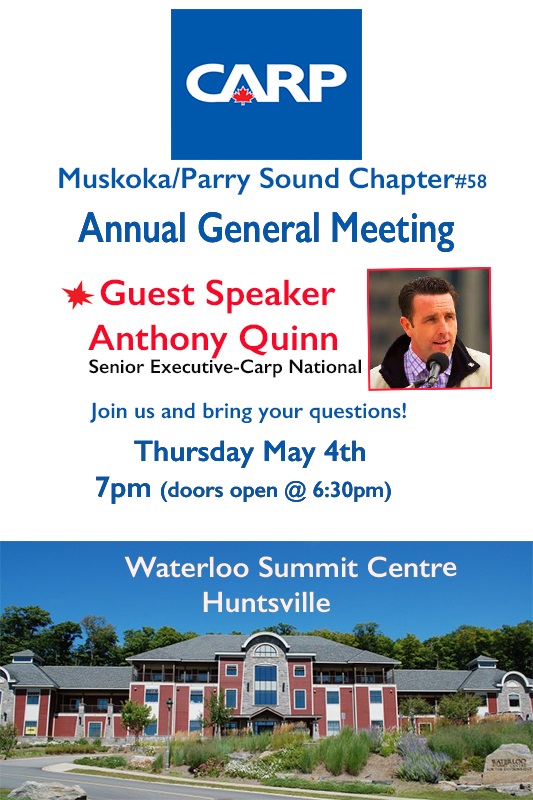