Campbell Bus Lines has added an electric bus to its fleet and on May 22 that bus started making the rounds on Trillium Lakelands District School Board route 219.

It’s part of the Ontario Ministry of Transportation’s Electric School Bus (ESB) Pilot Program, which provides funding to school bus operators to determine if ESBs can operate reliably and cost effectively in Ontario in a range of weather conditions.

Dean Campbell, owner/operator of Campbell Bus Lines Ltd., says he is thrilled to be one of the operators chosen for the pilot. “When I saw the opportunity to apply for this initiative I knew that this was something Campbell Bus Lines wanted to be a part of.”

The 71-passenger e-bus from The Lion Electric Company in Quebec has zero emissions and runs solely on batteries.

Stan Latour has been driving the bus on his route for the past week and says it’s fantastic.

“There’s no smoke coming out the back. You can hear the kids talking on the bus, you don’t have to listen over top of the diesel engine. It’s a really nice bus to drive,” he says. “I have nothing bad to say about it in the time I’ve been driving it. I’d recommend it to anyone.”

Latour’s run takes him around Huntsville and out Limberlost Road, and he has ample charge to do that twice per day. “It tells me exactly how many kilometres I can go on the charge.”

When he pulls up at Riverside Public School at the end of the school day, some of the younger students yell, “Can I have some ice cream?” The electric bus sounds a chime as it goes through school areas and crosswalks that is reminiscent of the music played by ice cream trucks. As fun as that is, it has a practical purpose too: the bus runs so quietly that it needs the extra noise for safety purposes, otherwise pedestrians may not hear it.

Listen in the video below as the bus leaves Riverside Public School—you can hear diesel buses as they pass by and in the background, but with the electric bus all you can hear are its chimes.

Come winter, the cold may affect the battery charge, resulting in a reduction in available power, but because the bus still has 30 to 35 per cent power remaining at the end of each day now, Latour doesn’t anticipate it being an issue. But if he has to, he can charge it back up during the day between runs.

“And I don’t have to go get diesel any more,” he says. “I just pull in at night and plug it in. They couldn’t make it any easier. Once you’ve ridden in one of these, why would you want to go back to a noisy diesel?” 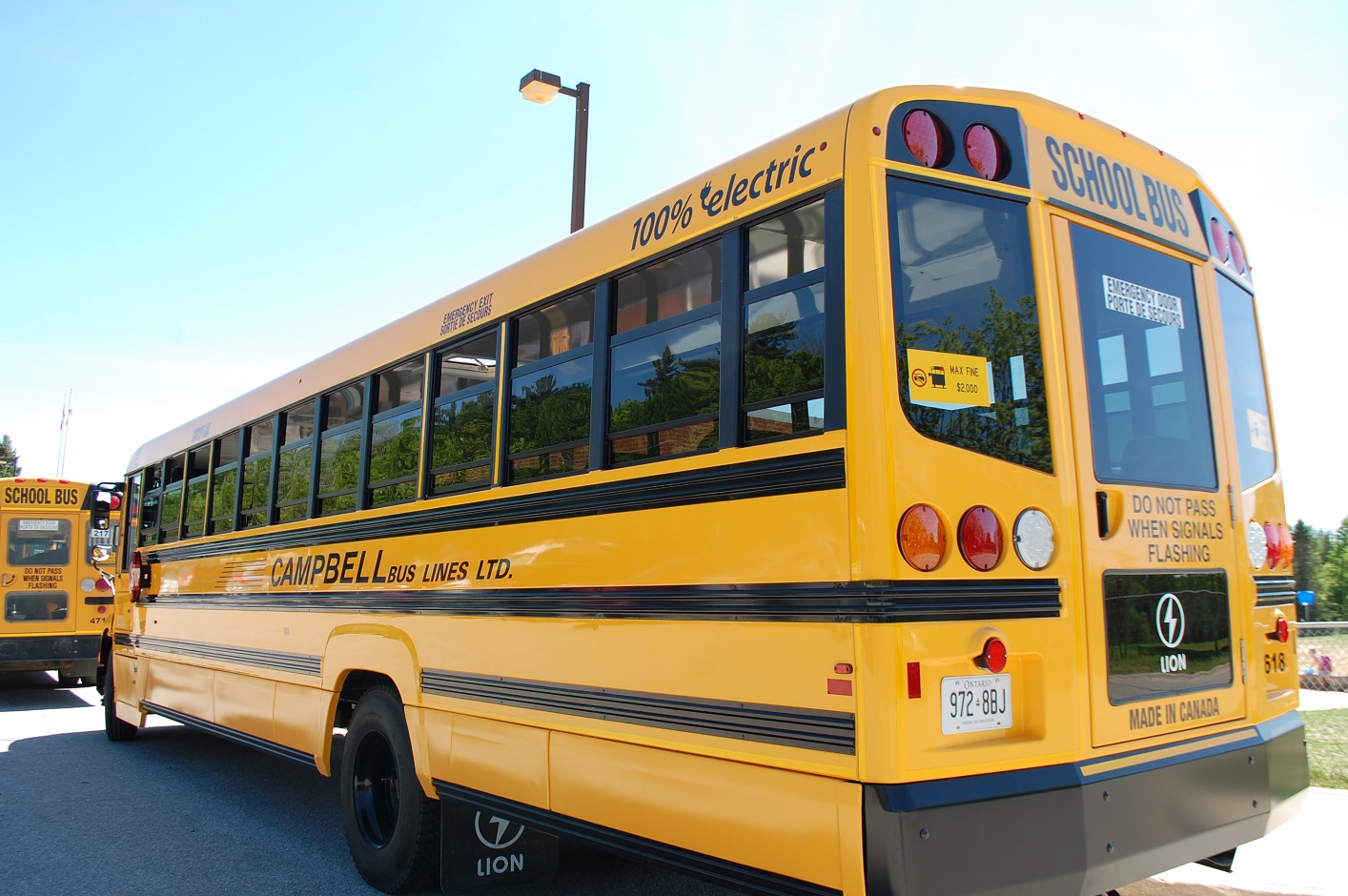 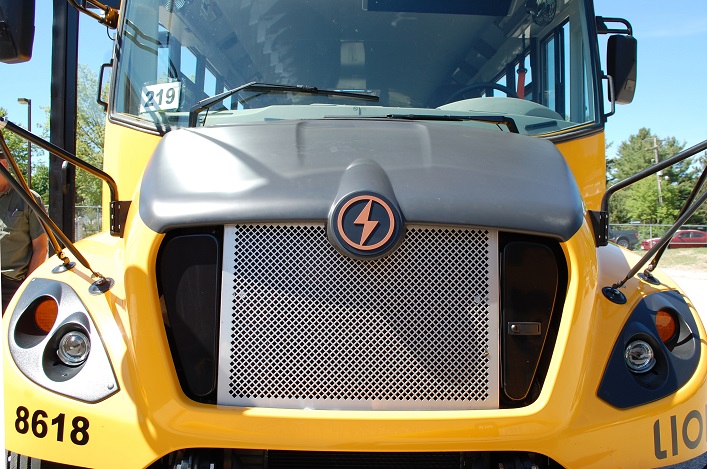