The annual Knights of Columbus Novice/Atom Hockey Tournament was another success this year.

The tournament was held in Huntsville on March 15-17 and both local and visiting family and friends of the young players cheered them on from the stands. The community fundraiser hosted 26 teams from around the province with two local teams from Huntsville. The Little Caesars Atom Local League and Fowlers Atom Rep Otters participated in their own divisions.

The Fowlers Atom Rep Otters came together to play hard after a six-week hiatus from game play.

Head coach Jason Stillar provided a rundown of round robin play: “The team came out sluggish Friday night and lost 3-1 to the tournament champs from Minto. They bounced back Saturday morning and came out on the right side of a 4-0 score verses St. George, with that win we had a chance to punch our ticket to the gold-medal game if we could defeat the Muskrat team. The team battled hard but ran into some penalty troubles and eventual lost 3-1. The loss meant our final game would be against that same Muskrat team for the silver.”

The Atom Rep Otters put their best competition effort of the season into that game to take the silver-medal win over the Muskrats.

“Behind the solid play in net by Lincoln Lawrence and a timely goal in the third period on a great shot from the slot by Owen Ohallarn, (we) won 1-0 to end our season on a high note,” said Stillar.

The team appreciated that the Knights of Columbus, as always, ran a very smooth and well-organized event which has many of the same teams returning annually, a sign of a great tournament. 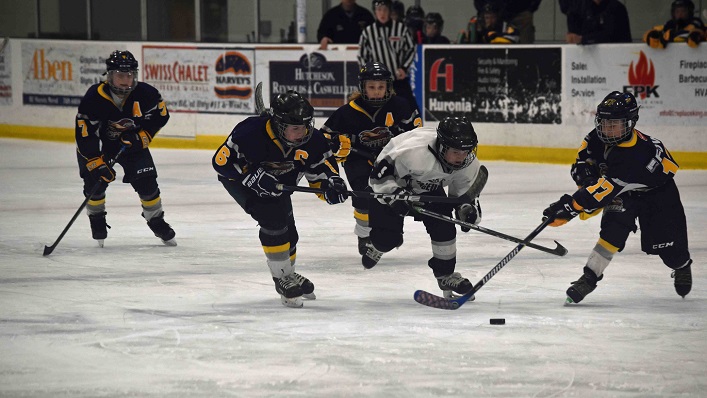 The Otters race for the puck 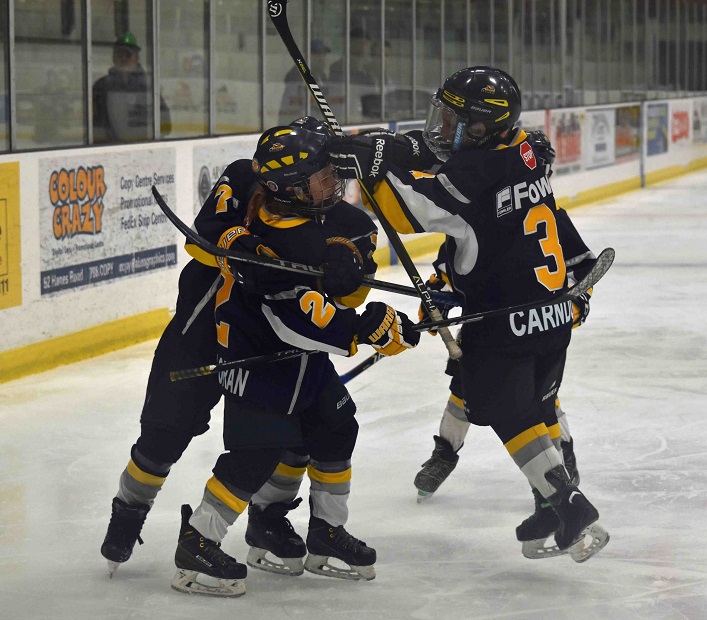 Coach Matt Kendall from the Little Caesars Atom Local League team agreed that the tournament was a lot of fun.

“Our boys worked hard, and played their hearts out!” said Kendall.

“I couldn’t be more proud of this team and how they played together not only this weekend but all season. It was an honour to be their coach,” Kendall added. 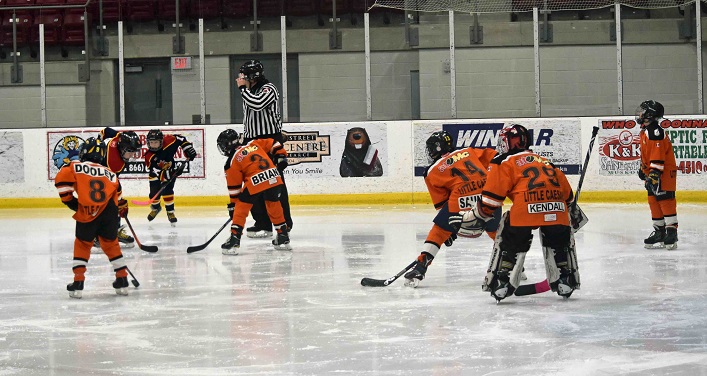 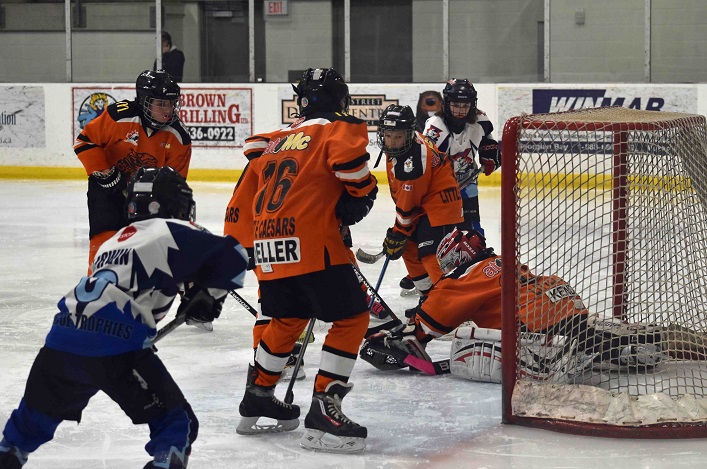 Every player in the tournament received a medal—bronze, silver, gold or participant, said Grand Knight, Bill Weber, “to remind them that just being out and playing a team sport makes them a winner.”

Weber thanks everyone involved in the tournament and auction: to all the businesses and individuals who donated to the auction, paid for ice time and/or advertised in the program book; the volunteers who helped with the timing and score keeping; and finally to all the Knights of Columbus members and their wives who worked a lot of hours before and during the tournament to make it another successful event. A thank you goes out to the Chamber of Commerce for the information maps for Huntsville and the surrounding area for visiting participants of the tournament, and to the offices of Mayor Scott Aitcheson, MPP Norm Miller and MP Tony Clement who donated town, provincial and Canada flag pins for each of the young hockey players.

Huntsville saw between 1,200 and 1,400 people visit the downtown core during the tournament as they supported local hotels, resorts, restaurants and the local merchants. The tournament isn’t just about economics, though, it’s about the kids—ensuring they enjoy themselves and make the most of the opportunity to have fun playing hockey.

The Knights of Columbus look forward to another great tournament and auction next year.