You are here: Home / Sports / Athlete of the Week: Lucas Allen

Lucas Allen is a recent grade 8 graduate from Irwin Memorial P.S., and he has something else to celebrate this summer. He tried out for the Central Ontario Reds U14 AAA elite baseball team and just received word that he was offered a spot on the team for the 2019-2020 season.

Allen has been playing baseball for the past seven years, starting in house league and later playing with the Muskoka Hornets as a Rookie, Mosquito, Peewee and Bantam at the select level. He will finish playing his Bantam year next week following Provincials.

“I love playing baseball knowing anything can happen in the game I love, the aspect of playing as a team and working together to win the game,” said Allen.

Allen says his positions as first baseman and pitcher put him in his glory. “I love playing first base and pitcher. I like that you’re always in the game and you’re very active. I love pitching as you control the pace and speed of the game.” 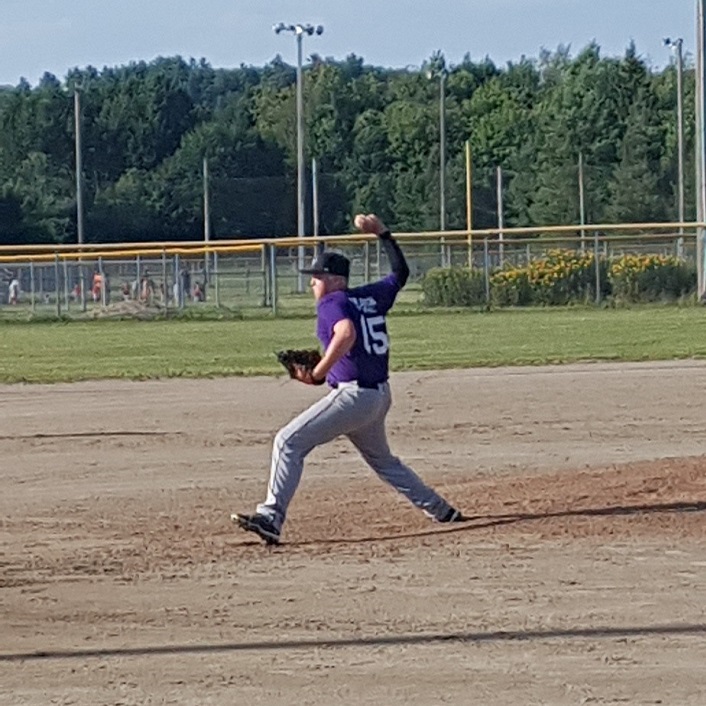 Lucas Allen as pitcher for the Bantam Muskoka Hornets 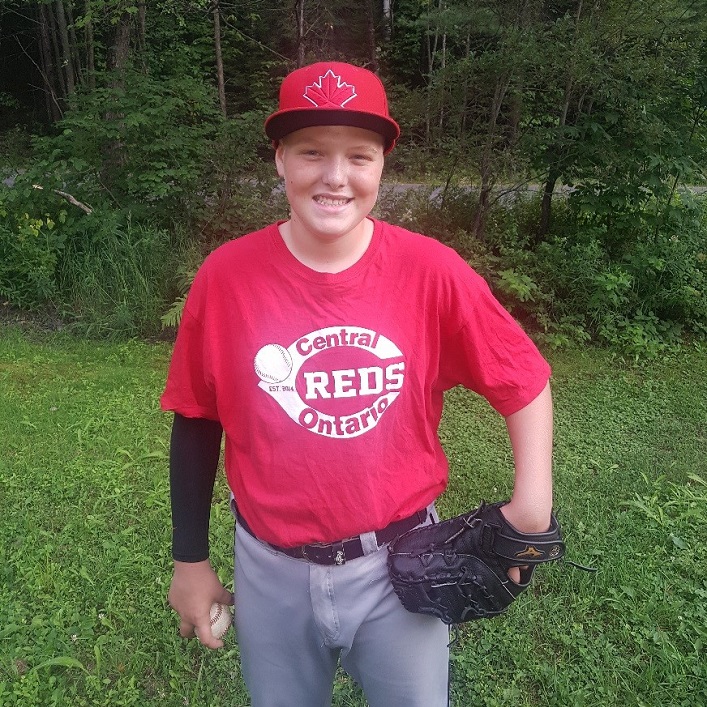 The Central Ontario Reds coach contacted Allen to invite him to try out for their U14 baseball team. He attended three tryouts and was offered a contract to play on the Reds team for the 2019-2020 season. “To make the Reds is an amazing accomplishment and something that I can finally look back on my hard work throughout the years and I can see how it all paid off,” said Allen.

The Central Ontario Reds is a AAA elite travel team based out of New Lowell, which is 20 minutes outside of Barrie. It has a state-of-the-art training and fitness facility with some of the top Ontario coaches and training staff where players can practice and train all year long.

Playing on the Reds team is a great accomplishment for Allen as it’s the highest level of baseball he can reach for his age group. The Reds baseball team is part of the Fergie Jenkins league which is an all-Southern Ontario league. The team often travels to the US to play games as well.

This upcoming year, Allen plans on travelling south with his family to train a few times a week and then every weekend he will have a game until the winter. He is happy to commit himself to playing with the Central Ontario Reds which will help him develop his strength and skills to continue achieving his dreams.

Allen plans to play baseball into his college or university days and hopes to one day get picked up to play by a Major League Baseball team.