You are here: Home / Community / You can count on a good time at TEN!

A celebration of 10 years of musicals at the Algonquin Theatre, TEN! is a feast for the eyes and ears. Heck, the whole body, too – I challenge you to get through it without tapping your toes or humming along.

Crafted by Tia Pearse (director and choreographer), Jillian McDougall (vocal director) and Neil Barlow (music director), the show transitions from Barlow’s basement to the stage of his imagination as he reminisces about past performances and imagines the best way to bring them all back to the Algonquin Theatre stage.

The result is an entertaining and wide-ranging dip into some of the best numbers from Jesus Christ Superstar, Wizard of Oz, Peter Pan, Annie, Aida, Fiddler on the Roof, The Music Man, Seussical, Seussical Jr., Guys & Dolls, Shrek, and The Drowsy Chaperone.

The trio have wisely avoided the most overdone songs from these shows, including a humorous nod to Annie’s “Tomorrow” – perhaps the most overdone of them all – while retaining crowd-pleasing favourites like the comedic “Adolpho” from The Drowsy Chaperone.

From its rhythmic opening with “Rock Island” (The Music Man) to the sass of “My Strongest Suit” (Aida) and the gospel stylings of “Freak Flag” (Shrek), to the humour of the bumbling pirates in “Hook’s Tango” (Peter Pan), the musical variety alone is enough to make TEN! an enjoyable night out.

Add to that the powerhouse vocals of some of Huntsville’s top performers like Jillian McDougall, Tia Pearse, Lauren Saunders, Mike Pearse, Paige Meunier, Grace Murphy, Chloe Peca, Tyler Pearse, Abby Peca, Josie Robinson, and Colin Welsh, backed up by a skilled ensemble cast and a talented live band, and you’ve got the makings of a night to remember. 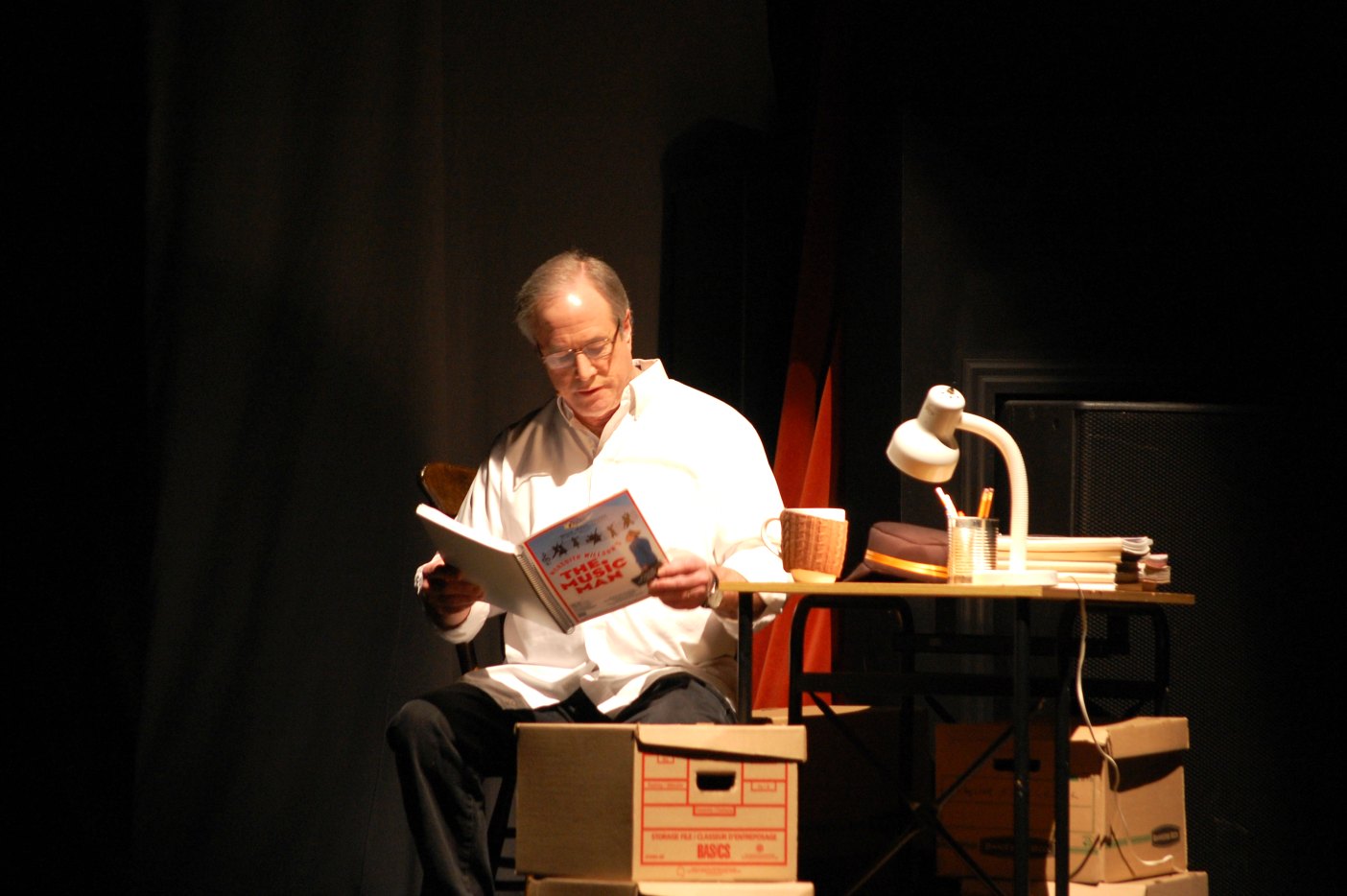 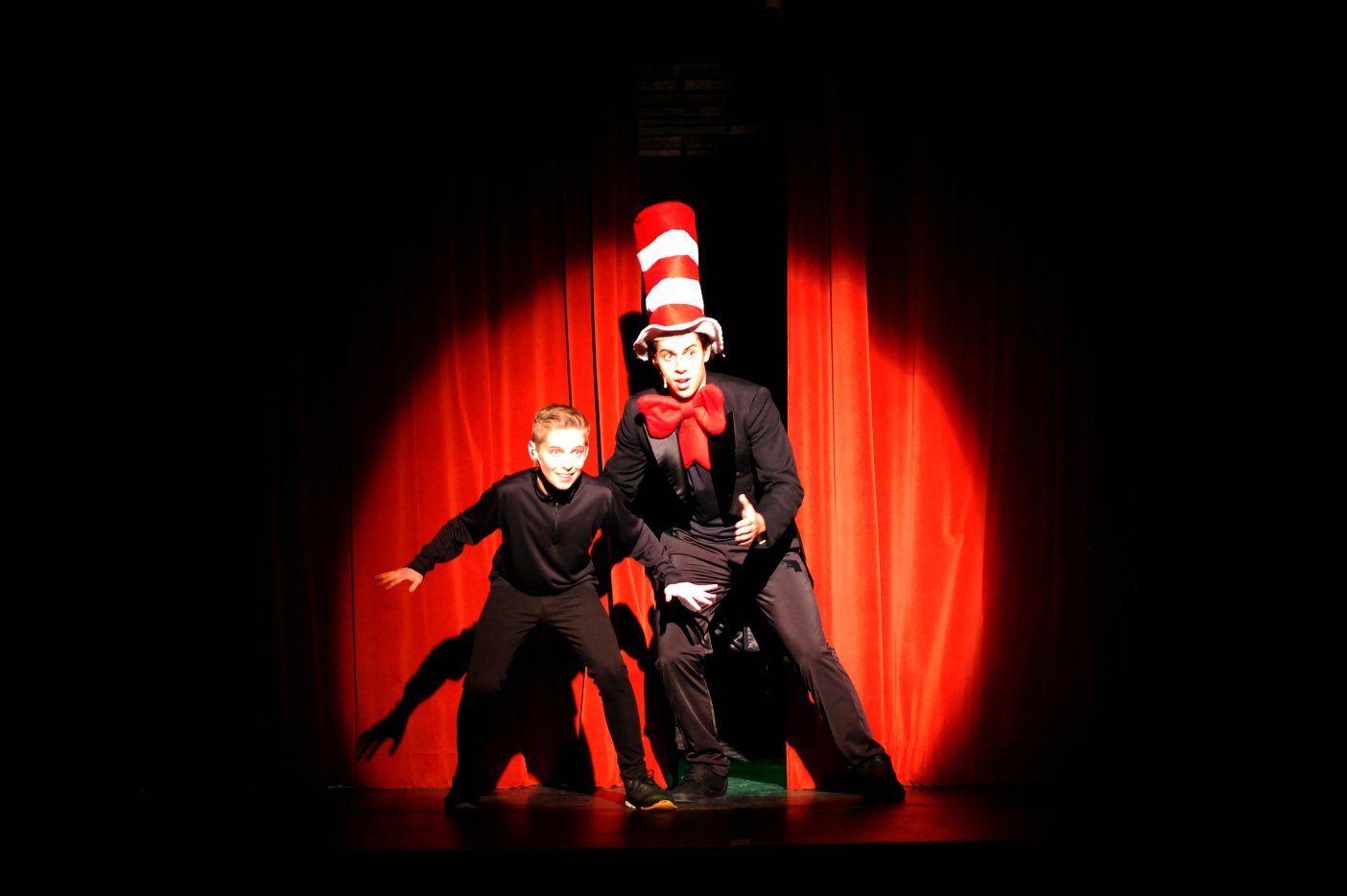 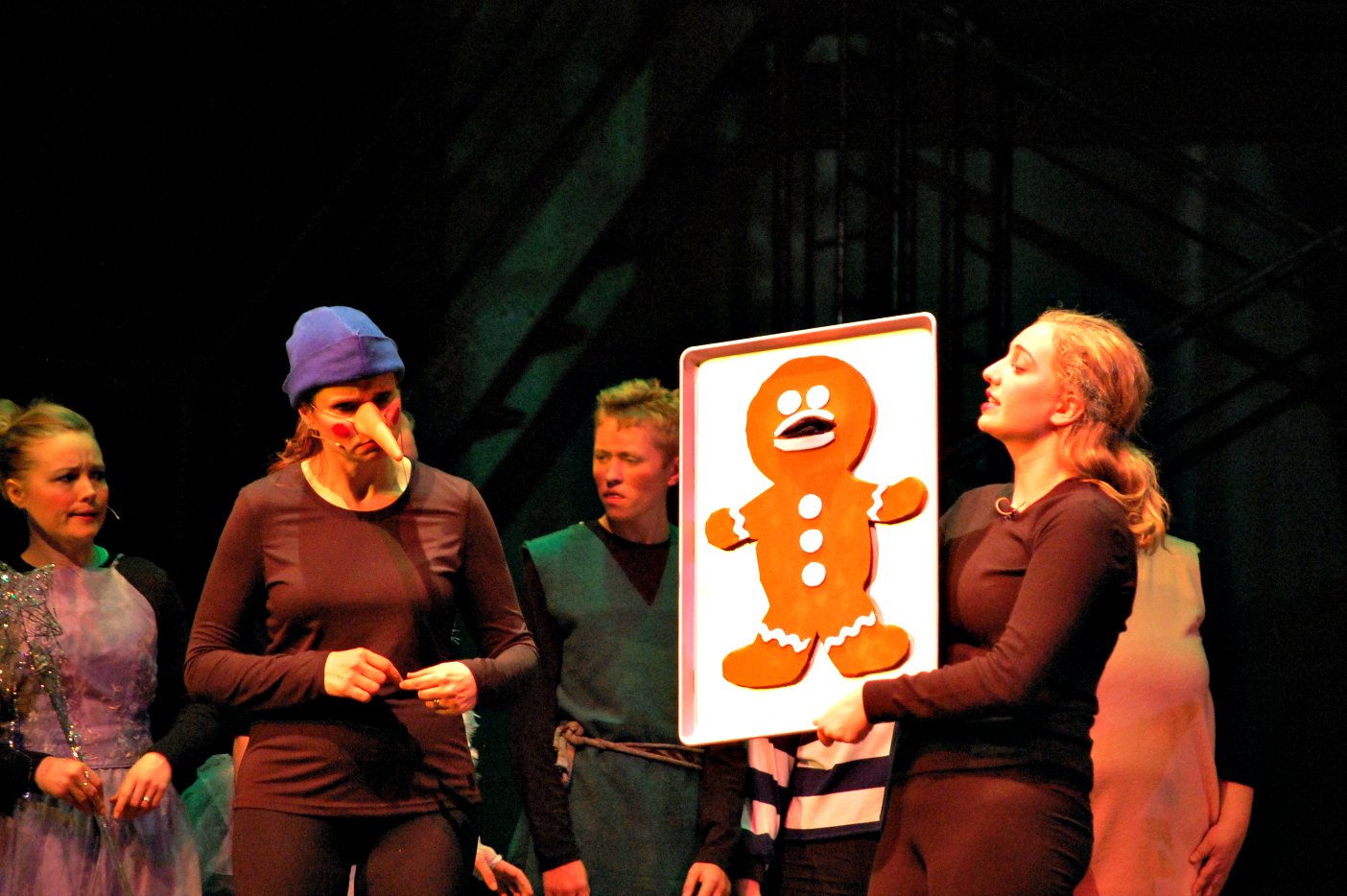 (Clockwise from above left) Music Director Neil Barlow reminisces about past performances; Fiddler on the Roof (photo: HFA); Seussical; Shrek

The full ensemble numbers are an impressive sight, and keep an eye on the young performers in the children’s ensemble in particular. You’ll be seeing these kids on stage in the future, and that’s part of the point of TEN! – celebrating the past 10 years with a nod to the future. Several times, Barlow references the young performers who once graced the Algonquin Theatre stage and who are now all grown up.

And where would any show be without its production crew? At the final dress rehearsal, they were busy fine-tuning the sound and lighting, and carefully managing the chaos of backstage to ensure what goes on stage goes smoothly.

TEN!’s journey through the past ends where it all began: with Jesus Christ Superstar, the first musical to grace the stage at the brand-new Algonquin Theatre in 2005. This is community theatre at its best and it’s difficult to recount the energy and delight of this show without giving it all away. You’ll just have to take my word for it, and then go see for yourself.

Liked this story? You might enjoy these ones, too!
Huntsville students get a TEN! for this art and marketing project
HFA’s May Marché has new date and venue for 2016; early bird pricing available now