You are here: Home / Feature / Wasn’t that a party? Sports Hall of Fame inductees honoured

Huntsville Sports Hall of Fame president Wendy McConnell says roughly 140 people attended this year’s Hall of Fame induction ceremony and the evening was very well received. Some attendees, she says, commented that it was the best one yet. 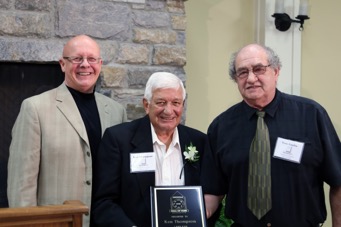 Kenneth Donald (l) and Tom Conlin (r) welcome Ken Thompson to the Hall of Fame as an ‘Athlete’. 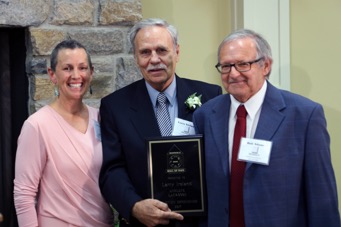 Larry Ireland (middle), who was inducted in the ‘Athlete’ category is welcomed by Hall of Fame members Jane Wolfe and Bob Adams. 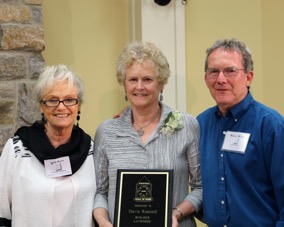 Dorothy Russell (middle) accepts the plaque posthumously on behalf of her husband David Russell, who was inducted as a ‘Builder’ from members Sandy Raven (l) and Barry Webb (r). 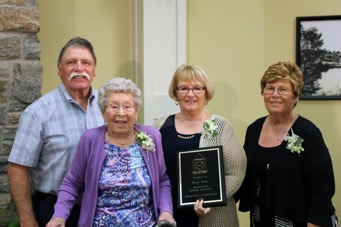 John Clayton (r) presents the plague inducting Roy Oke as a ‘Builder’ posthumously, to his widow, Blanche Oak-Guest and her daughters, June Hayworth and Donna Trumble.

“We had a lot of people in the seats who were supporters of the 1987 Hawks lacrosse team which was being inducted,” Wendy said. “It was really nice to see many of them out and they were all happy. It was like a big reunion for them.”

The 1987 Taylor Floor Coverings Junior B lacrosse team, then: 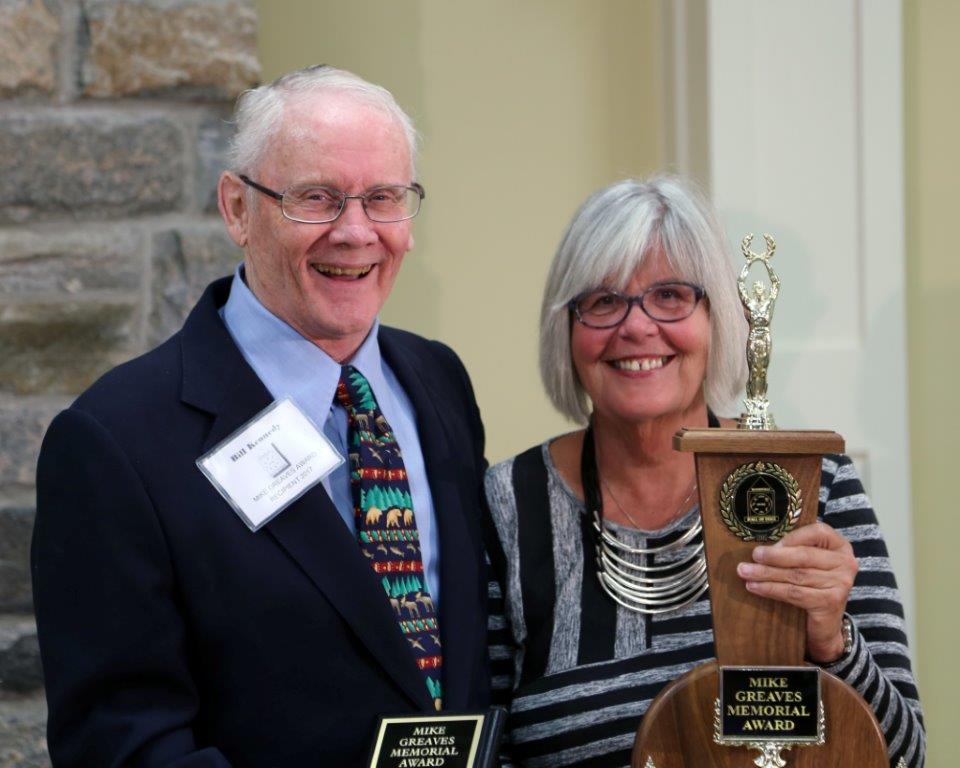 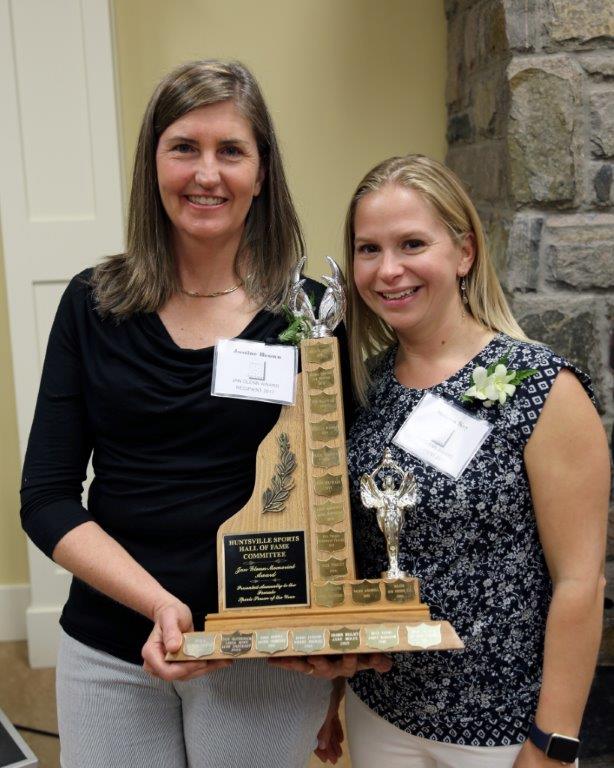 The President’s Award was shared by Tracy and Randy Robinson and Bessie and Dino Georgas for dedication and continued generous support of sport and recreation in Huntsville. 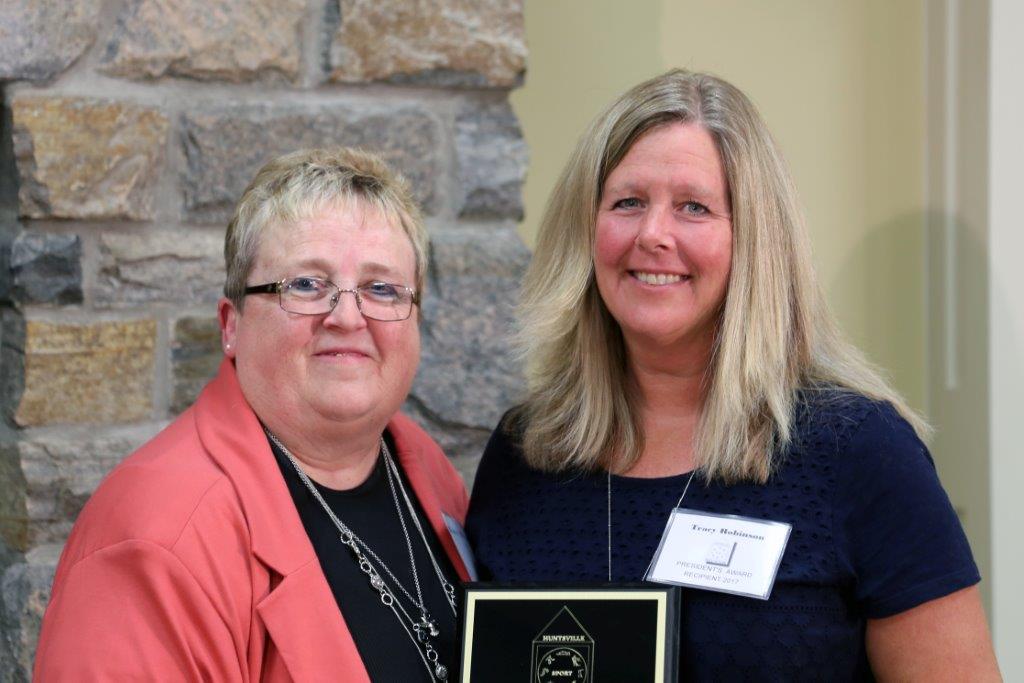 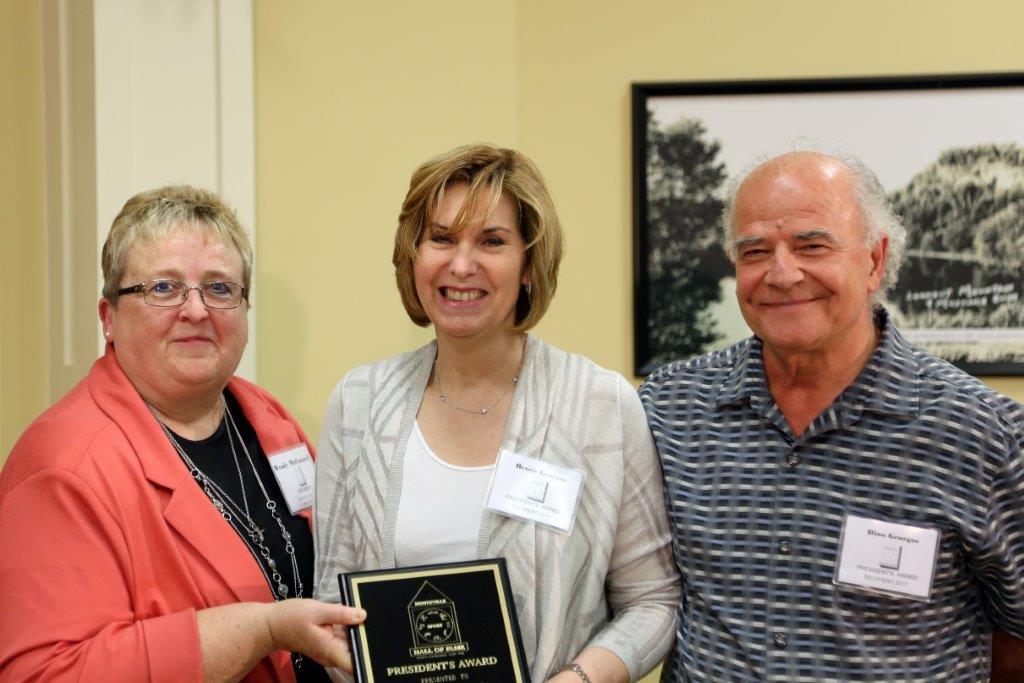 Wendy says one of the things that made the night even better than usual was a change that was made to make the visual aspect of the awards ceremony easier to see. “We changed this up a bit with the visual,” Wendy explained. “In previous years people had a difficult time seeing the pull-down screen, and we can’t dim the lights because of the TV production, so the two large screen televisions that we had at the front really made a difference this year and I think that was probably one of the key factors in the success.”