You are here: Home / Sports / Huntsville Sports Hall of Fame honours greats past and present

Ticket sales are expected to be brisk for this year’s Huntsville Sports Hall of Fame induction and awards ceremony, scheduled to take place at the Active Living Centre on Saturday, June 3. 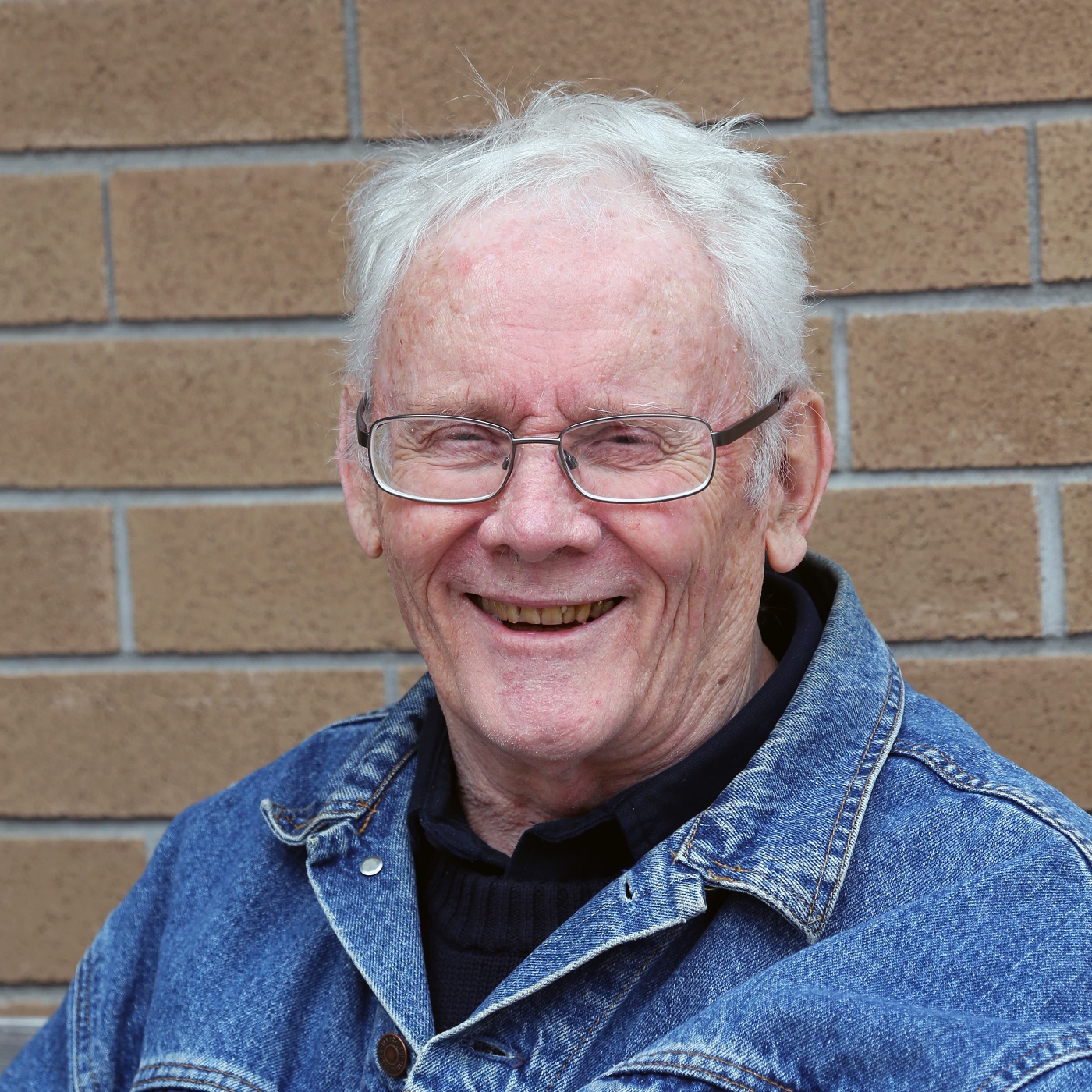 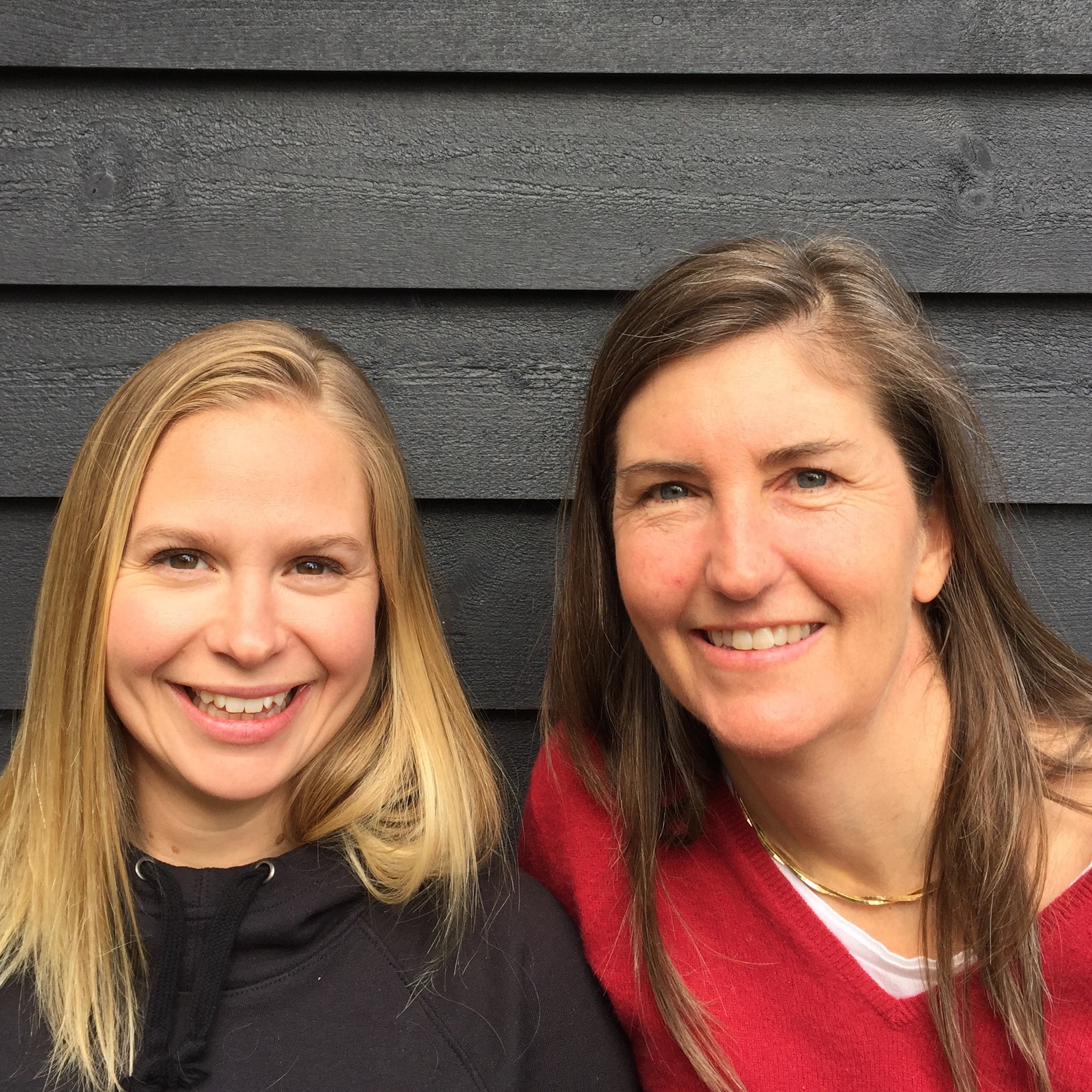 The President’s Award will be shared by Tracy and Randy Robinson and Bessie and Dino Georgas for dedication and continued generous support of sport and recreation in Huntsville. 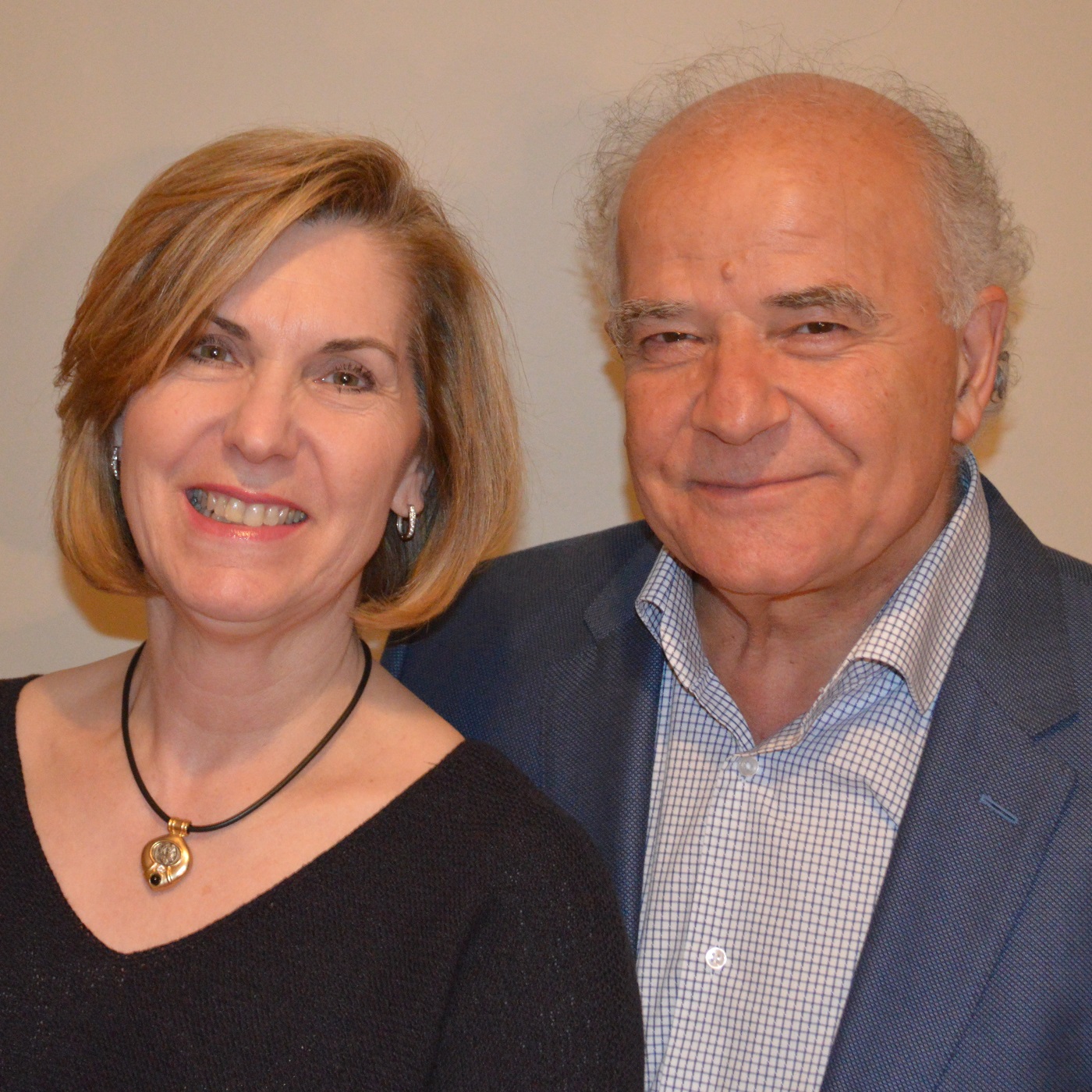 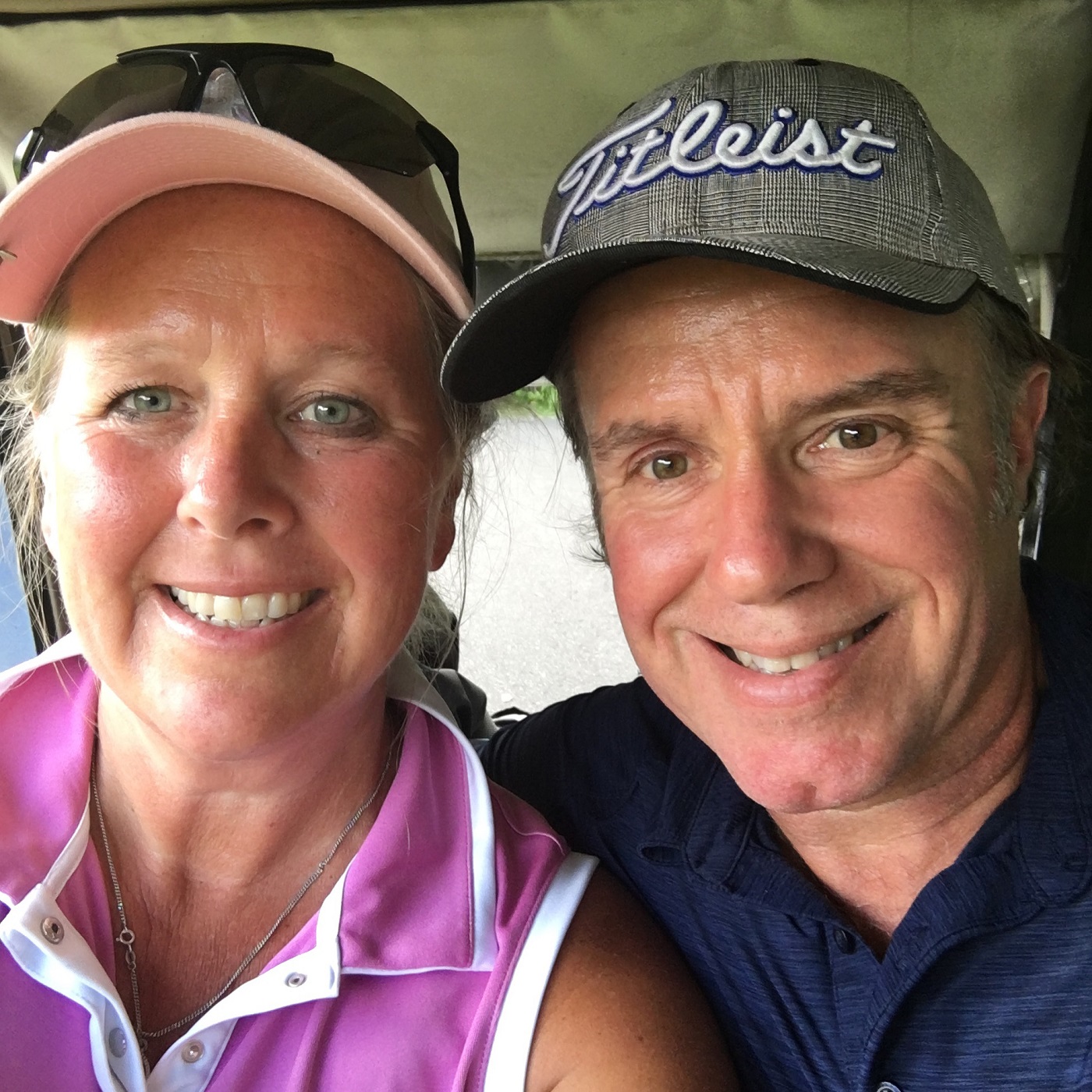 Soon after the announcement was made, Wendy McConnell, chair of the selection committee, said calls began coming in wanting to know where they could get tickets.

“We are quite excited about our selections this year,” she said. “True legends of our sporting community, each of them. Hockey and lacrosse inductees continue to be our mainstays, merely because of our long-standing hockey and lacrosse history. However, as our community grows, it would appear that other sports are starting to come to the forefront.

“The success of our young new skiers and swimmers for example, bodes well for our group for the future.  The list of nominees that we currently have is so diverse, and that is very exciting. Our choices for this year will certainly draw a crowd.” 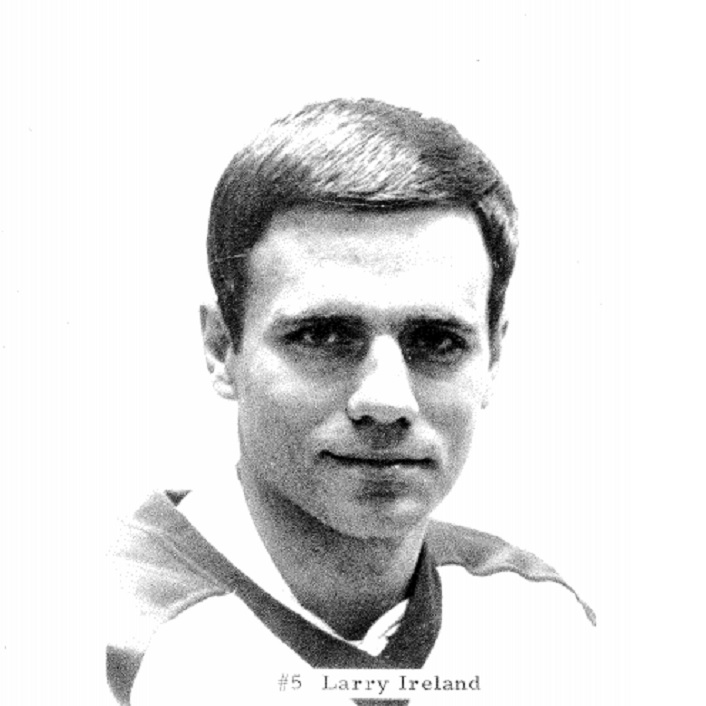 As a kid in the ‘50s and ‘60s, Larry Ireland was an exceptional athlete, involved in both lacrosse and hockey. He played his entire minor hockey career in Huntsville, and played for the Huntsville Junior C team in its first year. He did the same with his minor lacrosse career in Huntsville. In 1963, he and several of his buddies followed coach Jim Bishop to Oshawa to play for the famous Oshawa Green Gaels. He played in 1963 and ’64 helping the team win two Minto Cups. When junior B lacrosse returned to Huntsville, so did Larry. He was the captain of the 1965 Huntsville Teen Towners and led his team to the Canadian championship, the Castrol Cup, in their first season. He feels that this was his crowning achievement. Larry’s commitment and love of the game continued, as he returned to play lacrosse for Huntsville at both the junior and senior levels. He also signed a professional contract with the Montreal Canadiens of the National Lacrosse League in 1968. Larry returned to the game of hockey, joining the Huntsville Oldtimers, as well as coaching novice lacrosse teams.

In his career, Ken Thompson excelled as an athlete in both hockey and lacrosse. In hockey, he played for three different teams – Weyburn Red Wings, Toledo Blades and Johnstown Jets – in three different leagues. As a lacrosse player, Ken was a prolific goal scorer, winning three Minto Cups, Canada junior lacrosse’s highest achievement. He played for the Oshawa Green Gaels in 1963, ‘64 and ’65, and on the Canadian championship team, the Windsor Warlocks. So what does it take to excel at these levels? It goes without saying that it takes a lot of practice and teamwork, commitment and passion. How much is a lot? Perhaps an anecdote best illustrates this: As a Huntsville resident, Ken played for the Windsor Warlocks. To get to weekend games, Ken drove to Toronto then flew from Toronto to Windsor to play. Later on to avoid the drive, Ken hired a pilot and plane and flew from Muskoka airport to Windsor. Can you say, “commitment and passion?”

Roy Oke is not a name many are familiar with today, but in the late-’40s, ‘50s and ‘60s everyone knew him. Roy was a manager for many Huntsville minor hockey teams. In 1949, he coached the Muskoka Construction Team; he also worked for the company. During the building of the new arena in Huntsville in 1953, Roy, week after week, drove 12 to 14 Bantam hockey players to Bracebridge for practice in the back of the Muskoka Construction Company panel truck. The kids all perched on top of their equipment bags for the ride down and back. A highlight for the players was that Roy, without fail, would always stop at the Dairy Bar on the way home to buy the boys a treat. Every kid in town wanted to play on any team that Roy was involved with because not only were they winning teams, but the kids got treated to ice cream. Roy managed many teams during this time frame – the 1956 Bantams, 1957-58 Ontario midget “B” finalists and 1958-59 Ontario juvenile B champions. He, along with his buddy Lavern Reynolds, managed and cheered on so many successful Huntsville minor hockey teams. The 1958-59 Ontario juvenile B championship team was inducted in to the Huntsville Sports Hall of Fame a number of years ago. It’s time that Roy Oke is inducted as well.

Blanche Guest, Roy’s wife for 38 years celebrated her 100th birthday last August.  She plans to be front row centre along with their daughters Donna Trumbull and June Hayworth for the event.

“Mother was overwhelmed and extremely pleased with the news of Roy’s induction,” she said and we are tremendously happy as well.”

Dave Russell came from a family of lacrosse players in Fergus, Ontario, where he played through the junior level and in Huntsville for the Senior Hawks. He continued his love of sports by sponsoring the Huntsville peewee team for 30 years-plus, a tradition his family carries on. He was also the manager/trainer/assistant coach for at least 15 lacrosse teams. Dave ran the town house league for two years and played a big role in any championship tournament that Huntsville hosted. At one of the high school renovations, Dave took all the old lockers and sold them off, donating the proceeds to minor lacrosse. Many a young player honed their passing and catching skills against a concrete wall that he built behind the old arena. There are probably many other projects that were of benefit to the community – he just did what was needed and never looked for any recognition for himself. Unfortunately, Dave passed away unexpectedly last year, but members of his family will be present to accept the accolades of a grateful community on his behalf.

Watch for details on this year’s recipients of the Huntsville Sports Hall of Fame Mike Greaves Award, Jan Glenn Award and President’s Award on Doppler soon!

Tickets for the event are available at Treasures and Trophies on Main Street.