You are here: Home / News / Walkers raise more than $20,000 for The Table Soup Kitchen Foundation

Last night (February 24), 58 walkers and 23 volunteers showed their support for the hungry, the hurting and the homeless while raising nearly $20,000 for The Table Soup Kitchen Foundation.

Huntsville was one of 120 communities across Canada participating in The Coldest Night of the Year walking event. With all of the local proceeds going to The Table Soup Kitchen Foundation, businesses, churches, friends and families came together and formed teams to walk either two, five or 10 kilometres through Huntsville.

The money will be put into the general fund at The Table and go toward the six services they offer — soup kitchen, food bank, exchange store, love connection, community kitchen and men’s shelter/hostel.

Heather Berg, The Table’s CEO, has been organizing The Coldest Night of the Year event in Huntsville for six years.

“It’s this time of year that people are often forgotten about and donations are quite slim,” said Berg. “This event gives us the opportunity to show them our love, compassion and support year after year.”

MBRP, lead sponsors of The Coldest Night of the Year, have been walking in the event since its inception. This year they donated $2,500 to The Table.

“We are always happy to show our love and support for this cause. The Table reaches beyond Huntsville and they’re always here when people need them,” said Ginger Barkey, MBRP’s CFO. 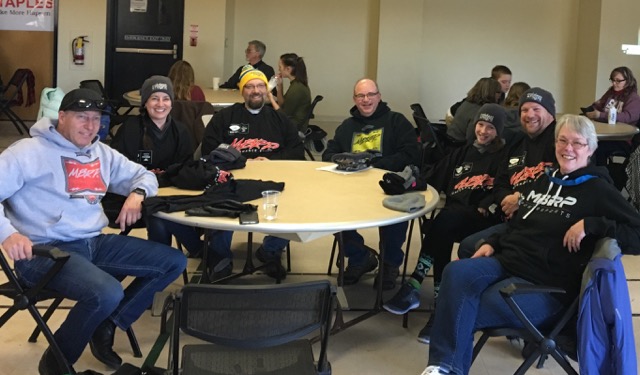 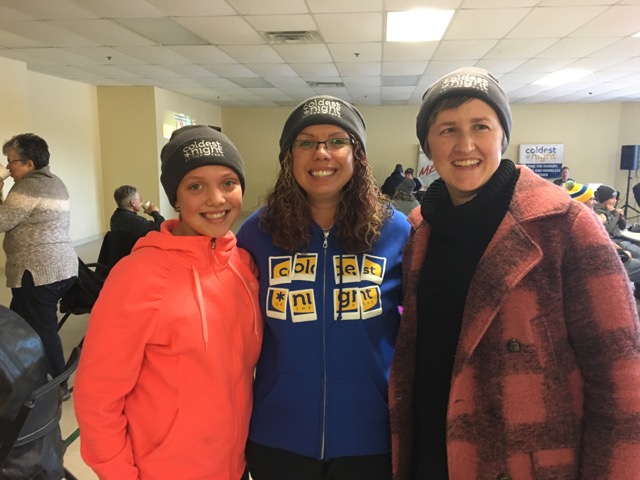 Team “Walking Strong and Proud” (from left) Nikki McGregor, Katy McGregor and Emily Blackman. It was this team’s sixth year participating and they raised more than $2,000. 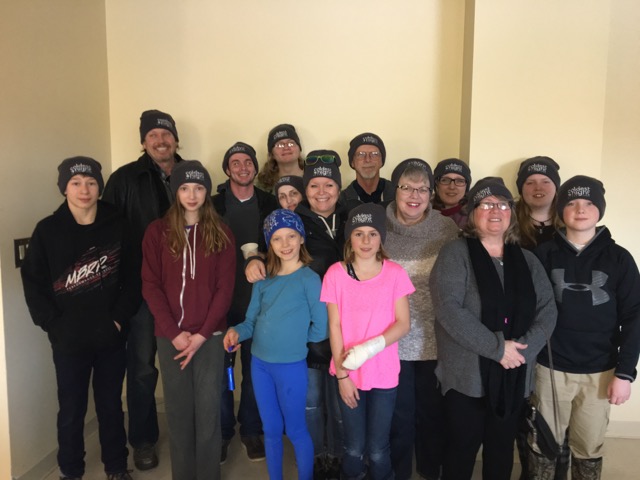 After walkers and volunteers completed their route, they were provided with a light dinner from sponsors Henrietta’s Pine Bakery, Wheat Free Delights, Kelsey’s, Muskoka Roastery and Whimsical Bakery.

“It’s important for the youth in our community to gain some ownership and gratitude and understand the difference between need and want,” said Marcy Hill, team leader of walking team the Muskoka Community Church Champions.

According to their website, The Table serves over 4,400 meals per year and their services help eight per cent of Huntsville’s population.

With cash and cheque donations still coming in, The Table hopes to hit their goal of raising more than $27,000 for hungry, homeless and hurting individuals in the Huntsville community.

If you were not able to attend The Coldest Night of The Year but still want to donate to The Table, click here to make an online donation.