On September 24, 1966, Tom Pinckard just did what he was on the football field to do: punt the ball as far as he could. And did he ever.

The ball travelled an astounding 114 yards. The current CFL record, and until now considered the longest punt ever, dates back to 1977 when kicker Zenon Andrusyshyn logged a 108-yarder.

It wasn’t a position Pinckard usually occupied. Normally the team’s snapper, he was called on to make the punt that day in a game against Saint Dunstan’s University (which later became UPEI) because the kicker was injured.

“I could kick,” he said in a media release. “I would always come out to practice and guys would shag punts for me, but I wasn’t the kicker because I was the long ball snapper, so I couldn’t be in both positions at the same time. But the kicker got hurt, so that day, I was the punter.”

Fifty-three years later, Pinckard will finally get the recognition he deserves.

U Sports, Canada’s governing body of university varsity sports, is acknowledging his accomplishment.

A film of the launch of his historic punt has survived, but it cuts off before the ball lands. Three players who were on the field at the time as well as the official time keeper of that game have signed affidavits confirming what they witnessed—Pinckard kicked the ball from his team’s own 21-yard line and after a solid bounce it stopped only when it hit the fence at the end of the field. (A punt is measured from the line of scrimmage to the point where it is either caught by a player or it goes out of bounds, and includes both air travel and any distance it gains through bounces.)

“There were so many elements to that kick that you couldn’t repeat,” he said. “The weather conditions, the fact it wasn’t wet. Had it been, it wouldn’t have got the bounces it got.”

Above: The surviving footage of Tom Pinckard’s historic punt (unbredbombers.ca)

This isn’t his only sports-related accolade, however.

According to Swim Ontario, Pinckard was a competitive swimmer and was captain of both the swim and football teams while a law student at UNB where he received the school’s award for Athletic Distinction. He was later drafted by the Montreal Alouettes. An accomplished paddler, in 1967 he paddled across Canada in the Voyageur Centennial Canoe Race from Alberta to Montreal (3,680 miles or 5,922 km in 110 days). He graduated with a law degree in 1969 and was called to the bar in 1971, after which he began practicing in Huntsville. He founded the Muskoka Aquatic Club in 1976 and was instrumental in the construction of Huntsville’s Centennial Pool, which opened in 1986.

And now he can say he made the longest punt ever recorded. 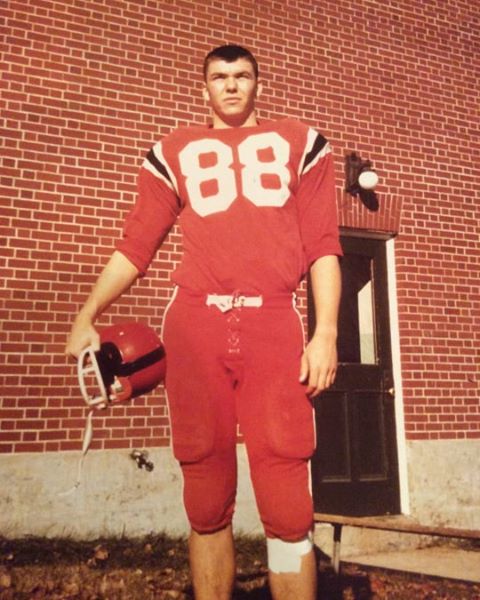 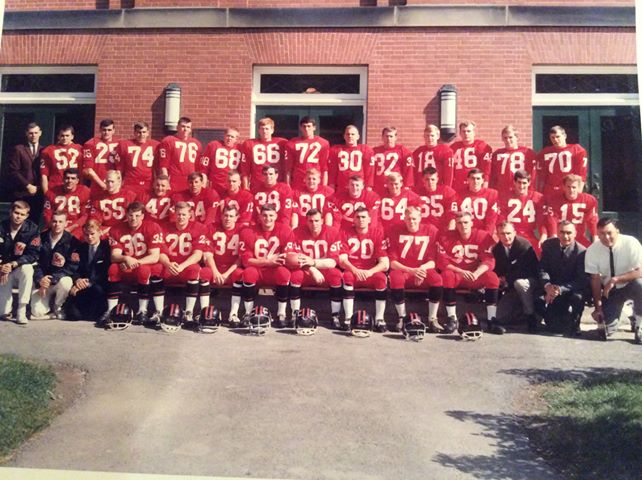