Less than two minutes is generally all the time you have to escape a room on fire.

The Huntsville/Lake of Bays Fire Department demonstrated the difference between a room on fire with a sprinkler system and one without for the Ontario Building Officials Association’s (OBOA) annual conference on October 3 at Deerhurst Resort.

“It was very eye-opening,” said Perry De Pasquale, supervisor for building and bylaw enforcement with Haldimand County. “The amount of time it took to totally destroy that room – if you weren’t out of that building in a minute and a half you were dead. Fire has never killed anybody, smoke has.”

One in four people will be touched by fire, whether it’s themselves or someone they know, Shayne Mintz, the Canadian Regional Director with the National Fire Protection Association (NFPA), told the crowd.

“Our intent is to show how dangerous and how fast it can be,” said Mintz.

The room without a sprinkler system reached flashover – the point at which heat ignites everything combustible simultaneously – in about two minutes, with nothing salvagable. There were no accelerants or burn cells in either room. The sprinklers were activated in the other room at 53 seconds, with the majority of the room untouched by fire. (See video of both fires at the bottom of this page.)

“We’re not saying that sprinklers are the be all and end all, but they’re part of the fire prevention package,” said Mike Vadlja, Fire Prevention Officer with Huntsville/Lake of Bays Fire Department. “We got the initial warning from the smoke alarm that something was going on. With the smoke that was accumulating and without a plan, you could tell you’re not getting out. With having it sprinklered there was a little bit of smoke and heat but the sprinkler controls the fire until firefighters can get there.” 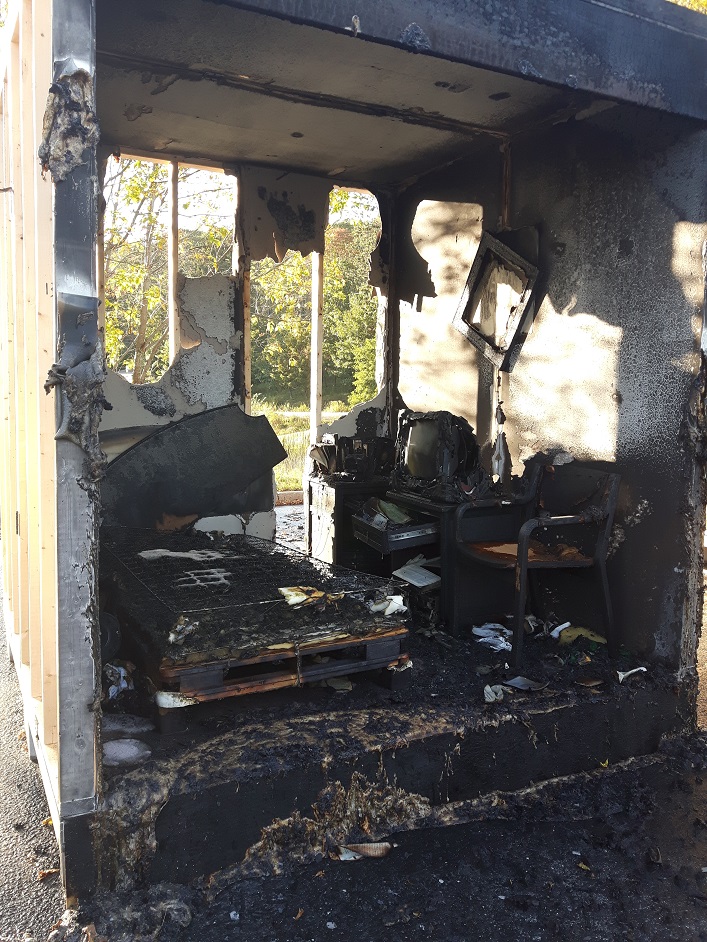 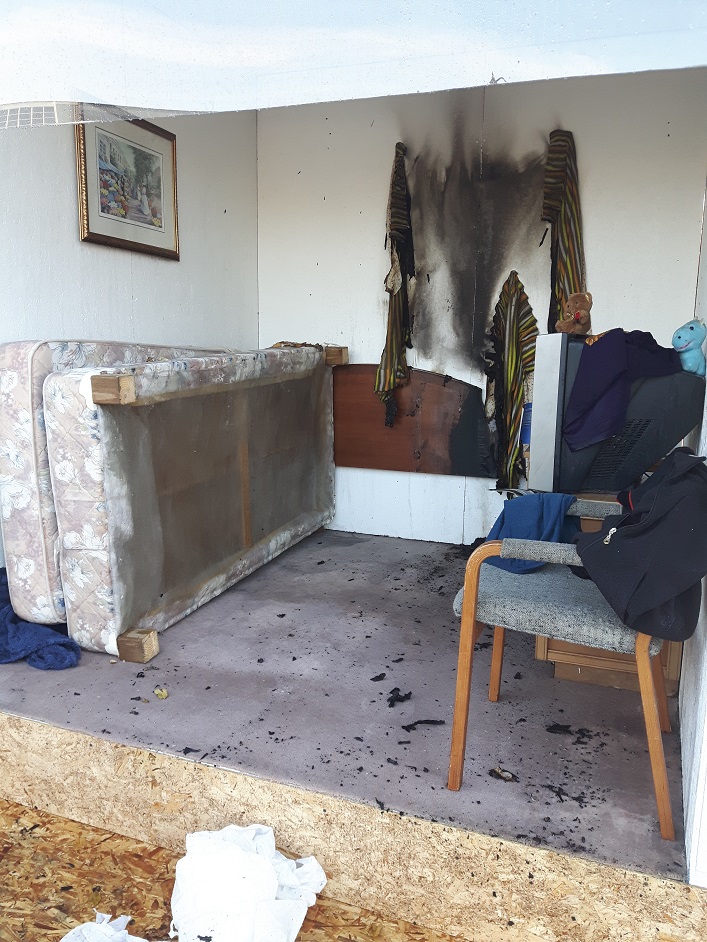 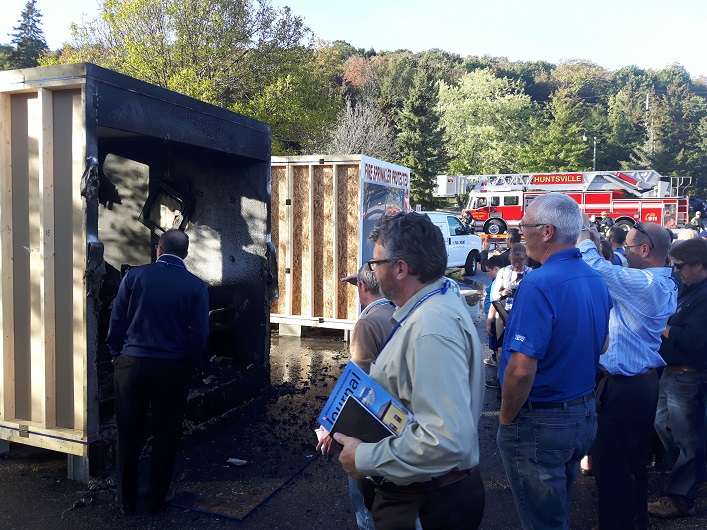 Vadlja said it’s important to have an escape plan that consists of two ways out, sleep with the door closed, and have working fire and carbon monoxide alarms.

“Realistically, whether it’s Toronto, Ottawa or Huntsville, response time is between four to 12 minutes plus setup time,” he said. “Here at Deerhurst we’re a good 12 to 15 minutes before we get here, thankfully Deerhurst is sprinklered. The pictures speak for themselves.”

Fire Prevention Week is October 8 to 14. This year’s theme is, “Every second counts. Know two ways out.”

“If you don’t have a sprinkler system make sure your alarms work,” said Vadlja.