More than $3500 was raised December 10 at a kick-back fundraiser at East Side Mario’s for Dave MacDonald and his family.

MacDonald was first diagnosed with, and treated for, thyroid cancer at 14. Twenty-three years later, in March of 2014, it returned. He’s had surgery to remove tumours from his chest, multiple radiation treatments, and, now, chemotherapy to slow the growth of the tumours that have shown up in other parts of his body.

In an earlier interview with Doppler’s Laura MacLean last month, MacDonald, 38, said: “I’ll be happy if I make it to my 40th birthday.” (Read the full story here.)

MacDonald’s friend and owner of Huntsville’s East Side Mario’s, Pete Corbett, knows how hard it’s been for him. “I know the challenges he’s going through. It’s near and dear to my heart. (This fundraiser) was something I felt I needed to do for Dave.”

The restaurant donated 50 per cent of all meals served during the fundraiser back to Dave and his family. “We had a fantastic turnout, way more than I expected,” said Corbett. The meals alone raised $1350.

Karrie MacDonald’s cousin Megan Loring organized the event and organized bake sales for him earlier this year. “It’s just how I can help him. The turnout was amazing.” Between the dinner, silent auction, cash donations, and t-shirt sales, Loring estimates the event raised $3550. 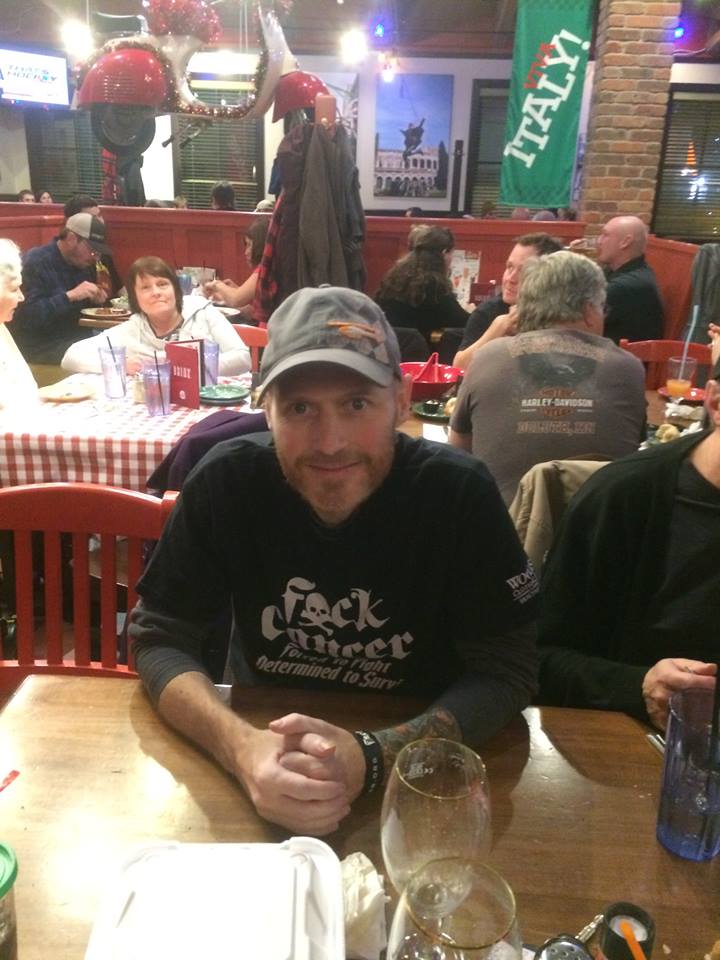 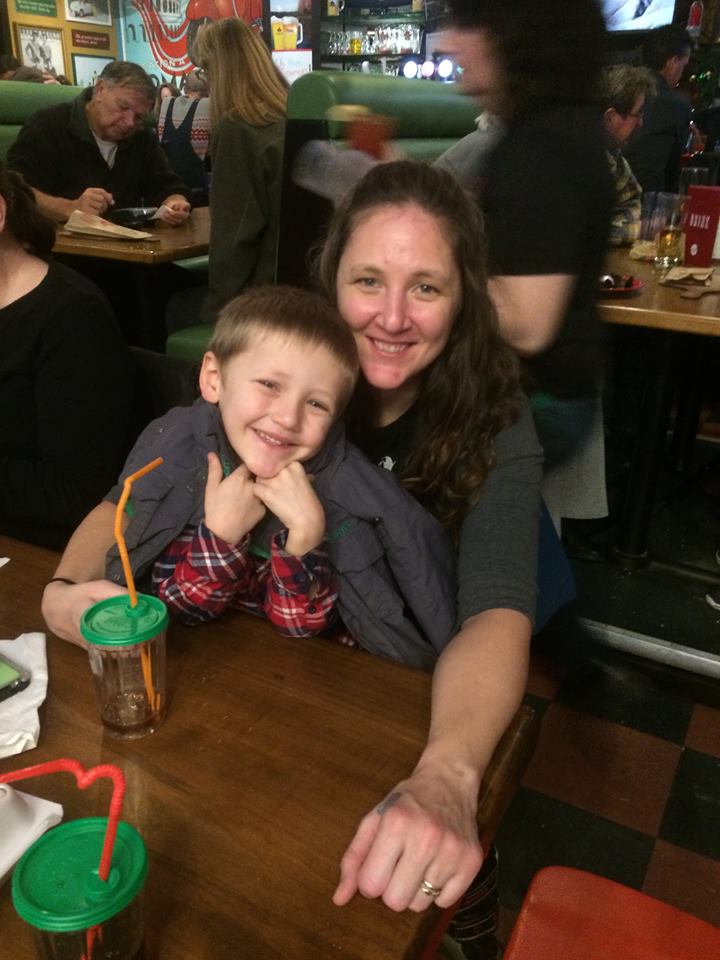 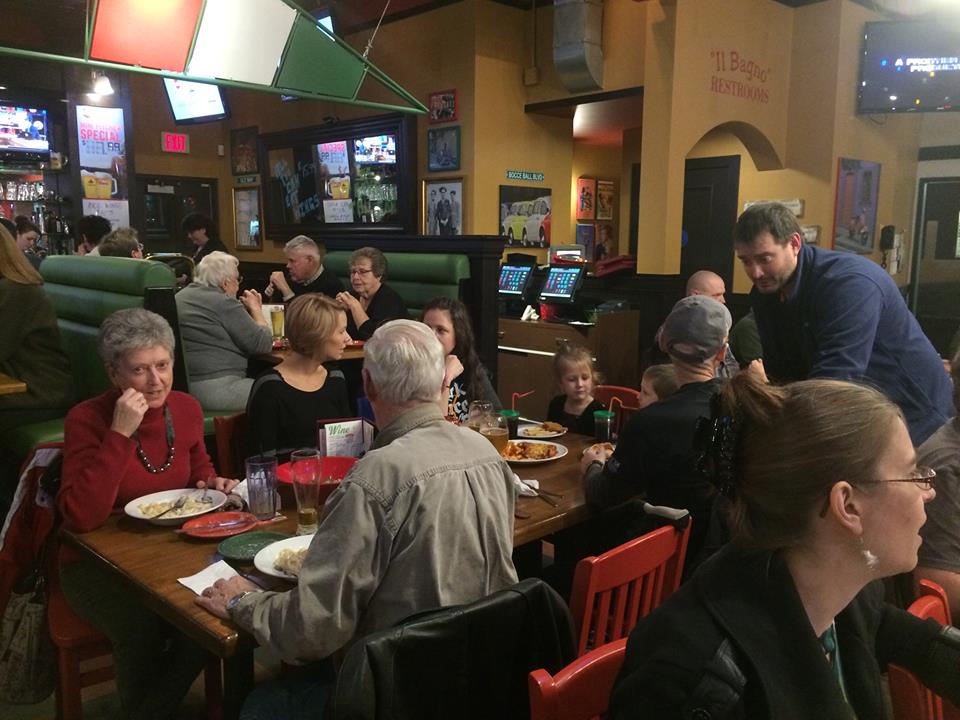 Many friends and family members came to the fundraiser. Photo by Megan Loring.

Another friend who set up the Facebook page F-Cancer: A campaign to support Dave MacDonald (and who asked not to be named), wrote: “Dave, Karrie and their children were also able to come out for the night and were very appreciative to everyone who came. There was lots of hugs, handshakes and genuine love shown to their family. There are not enough words to express how thankful the family is for all the community support that has been given to them. It has not only been through our fundraisers that we have seen this support, as many people have offered their skills to assist with household chores, making meals, cutting grass, vehicle maintenance, hauling winters wood, shovelling snow, helping with house adaptations to ensure Dave has the equipment to accommodate his changing health care needs, businesses offering supplies to make these adaptations happen, and much more. It’s truly been overwhelming and heart warming to know how much our community really comes together when one of our own is in need.”

Anyone who couldn’t attend the fundraiser but who wants to make a donation can do that online at a GoFundMe page set up for MacDonald or at the Scotiabank in Huntsville Place Mall (account number 65276 0406481). T-shirts and stickers will be sold at Huntsville Place Mall on December 19 and 20 from 10am to 6pm and organizers will also accept donations on MacDonald’s behalf.