You are here: Home / Community / The making of a young opera singer

When I was a little girl, whenever we stayed with my grandparents they had the voices of opera greats Joan Sutherland, Mario Lanza, Maria Callas, Luciano Pavarotti, Renée Fleming and many more echoing through the house. I did not understand a word they were saying, but was nevertheless enthralled. In private, I would act out my own scenes to the opera, pretending it was my soprano voice reverberating through the speakers. I remember thinking, how did they get such powerful voices? I want to be like them!

I would watch My Fair Lady, Carousel, and Music Man, too. My brother, Christopher, was taken with The Phantom of the Opera at the time and we would put on little shows for my parents, acting and singing out various parts from the Broadway phenomenon. I was surrounded by music all the time, from Broadway to opera. In my heart, though, I wanted to sing opera.

At the time, there was no outlet for someone like me wanting to learn opera. Determined, I went to the local library and the internet to read what I could on opera technique. There was one retired opera coach who I took a voice lesson with but, unfortunately, I could only have one lesson as the she lived in Barrie. We could not afford to keep up travel expenses and also pay for lessons. But I took advantage and asked everything I could think of to bring back home and continue the techniques on my own. She stressed the biggest things for getting started were breath control and building up the diaphragm muscle. My first exercise was to lay flat on the ground, place a heavy book on my stomach, and use those muscles to push it up.

I later discovered the Huntsville Community Choir where I did my first solo performance and received my first scholarship. This helped open doors for me as I then found myself in my first production of Godspell. I was ecstatic to be part of a musical! Then it was Joseph and His Amazing Technicolour Dreamcoat. I did not want it to end; I was always anticipating the next show.

Then came the huge announcement that Huntsville was getting its own theatre. I was part of the first show to be performed there, Jesus Christ Superstar. The last musical I was part of was Aida – as much as I enjoyed being part of the ensemble, I craved more and decided to start creating a solo career. I attended Canadore College for Dramatic Arts to help me build confidence as a performer.

After college, I tried to reach out to promote myself but I noticed many were nervous of the fact that I sang opera. It seemed many people I encountered were not as familiar as I had been growing up with it. It was hard to find work and people who would give me the opportunity to express the genre.

I then found a group of women seeking various performers of all types. I auditioned and they were blown away – they told me they’ve had never heard anything like that and they hired me right away for a spot in the show. I was so excited to get to perform opera to an audience! No more being in the background. It was my turn to shine! I performed, “Ebben? Ne andrò lontana” from the opera La Wally. I gave it my all, lost myself in the character and felt her come to life. After the performance I hid myself within the other performers, as I was still quite shy offstage. But this one gentleman saw me and came straight up to me. His eyes were red as if he had been crying. He shook my hand and said, “Darling, I don’t know what you were saying, but I felt the pain of the character and you touched me tonight with your voice. Thank you.” I distinctly remember my eyes starting to well up hearing this.

Many people ask me why I love singing opera. Why opera? Seeing how I affected that gentleman is one of the main reasons I chose opera. It is the most beautiful gift I could be given as a performer. The other is simply this: opera moves you, it entraps you in its mystery, its sheer power. Even if you don’t normally listen to it, many people I talk to now thank me for introducing them to opera.

After that, doors opened left, right and centre for me. I had my first big break when I got a call that I was picked to perform with American tenor, Aaron Caruso. I was starting to make a name for myself and my art as an opera singer. I was blessed to debut in the U.S. and study in Italy for a month learning from the best. People were starting to recognize my name, especially within the community. But the best part of it was that I was getting recognized as an opera singer. I am no longer the little girl that pretended to be the soprano; I am the soprano. My hard work, passion and drive has started to pave the road to a bright future.

The amount of love and support I’ve received over the past few years still overwhelms me. I am blessed to have both opera and Broadway in my life. My newest blessing is working at the Algonquin Theatre with an amazing team, learning more of the business and being able to apply those skills to my own personal singing journey.  Thank you all for always supporting me and letting me shine! 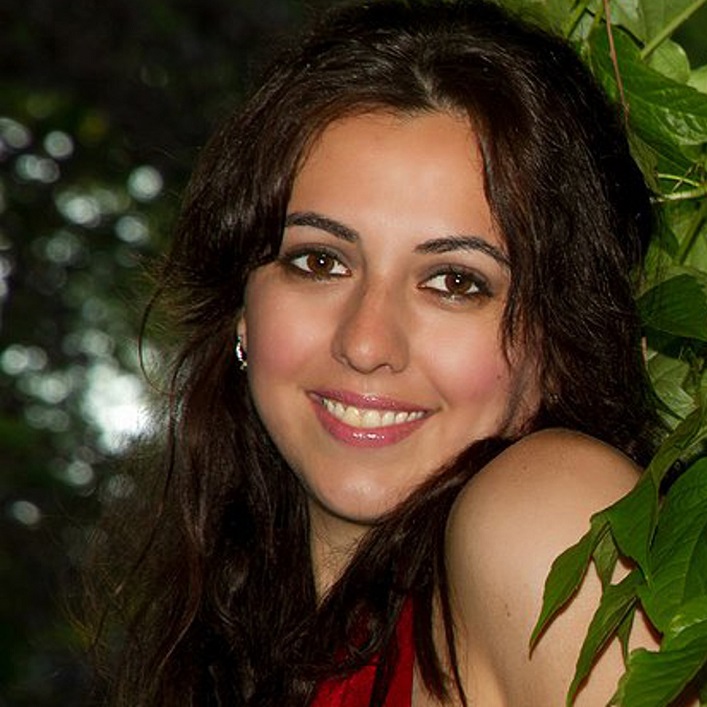 Amy Wallace began singing at the age of eight. More recently she has performed with the Stars of Tomorrow through the Muskoka Opera-fest in Bracebridge. She was honored to sing with the American tenor, Aaron Caruso at the Algonquin Theatre to a near sold out audience in 2013. She had her first debut in Warren, Ohio at an Italian Festival where she received a standing ovation for her rendition of O Mio Babbino Caro. Amy has recently had the privilege to share the stage with Canadian tenor, Charles Di Raimondo at the Davedi Club in North Bay. Amy attended an opera summer program in 2015 through Scuola-Italia in Italy where she was chosen to work in a master class with renowned tenor, William Matteuzzi, and gained much respect from her professors on her voice. Learn more at www.amywallacesoprano.com.