You are here: Home / Entertainment / Sound and Sight: Briar Summers and Sawyer Lance

The vitality of arts and creative expression in any community can be weighed by the quality, aspiration and drive of its youngest performers. Two young Huntsville singer/songwriters, Briar Summers and Sawyer Lance, are developing and creating music that is fresh and exciting. Their talent, hard work and goals are inspirational for any who might choose to build a future and career in the music business—a business that is both highly competitive and demanding. Above all, they are extraordinary examples of  the focused, patient effort required to achieve success.

Briar Summers is a singer, a competitive dancer, a former figure skater, a stage performer—operatic and Broadway—a pianist, a songwriter and the 2017 recipient of ‘The Bill’ award for performing arts.

In 2017, at the age of 13, Briar recorded her first album, Roller Coaster, with Scott Pelling at Explosive Device Records. The album is a collection of songs that speaks to themes in a surprisingly mature and astute manner for a young writer.

Briar has been performing live steadily since the release of that album, while continuing to broaden her skill and talents. She is enrolled in French Immersion classes at Huntsville High School, while studying piano through the Royal Conservatory of Music. She has recently begun to deepen her studies with Sara Spring, an accomplished composer and performer, who also lives in Huntsville. Briar is also involved in competitive dance. All of these  skills will be on full display at her lead performance in Newsies – The Musical at the Algonquin Theatre, November 27 to December 1, 2019. 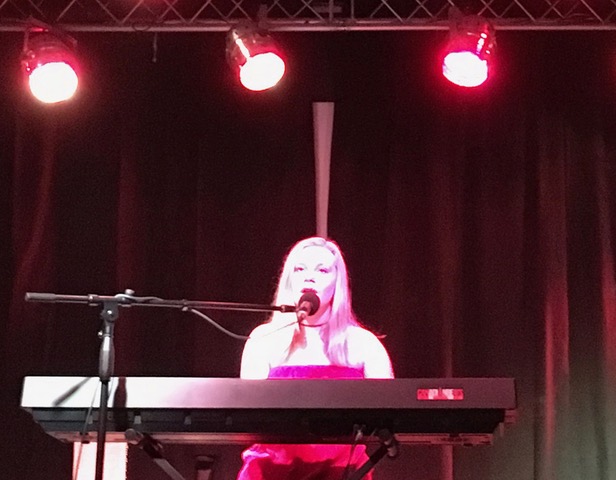 Given all of this activity, it is understandable why she might call her first album Roller Coaster!  Briar remains a committed songwriter, collecting ideas daily through her experiences and from inspirations in her reading. Briar takes considerable pride in her songs. She has begun recording her second album, with the helpful support of Drs. John and Sharon Koncan.

The new album is a source of great joy for Briar, not only because she has progressed, in her estimation, as a songstress but also because she has written ten or more new songs for the recording. The songs expand her creativity as well as her approach to universal themes such as love and empowerment. Resolve, self-empowerment, and never doubting yourself are important subjects that Briar Summers believes are in need of expression.

Briar has attracted some of the best musicians she can find: notably Miranda Mulholland, a much sought-after violinist and successful musical force herself, Jamie Bestwick on bass, Logan Coey on drums, Marina Tusz on cello and Rob Currie on guitar.

The working title for the new album is From the Ashes, since it’s been some time since the first album. Briar feels the songs are richer and perhaps more demanding in tone than her previous work, allowing her to expand and reach a larger potential audience.  Briar was mentored by Kandle, an established recording artist, who connected with Briar through the Snow Lake Mentorship Initiative.

Briar is determined to go as far as she can in her chosen art, songwriting, but is excited by all the possibilities her talent provides her. “Each day is worth something,” she explains when asked how she prepares herself to stay the course and move toward her objectives. Like her musical heroes, Serena Ryder, Kandle, and Angie Nussey, Briar feels that success is measured in progress toward achievement, making a difference, and giving a message to others and to yourself. 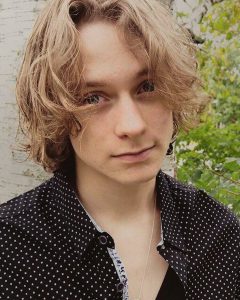 Sawyer Lance is a singer-songwriter on a mission. He has discovered that music—song and lyric—have qualities, perhaps long overlooked, that carry with them healing powers. It is these characteristics in music which Sawyer feels are most relevant. In a world which seems filled with concerns and problems left unaddressed, music has power: power to connect, power to heal, power to share and help.

These are the pursuits that Sawyer has decided to dedicate himself to for now. Having graduated from secondary school, Sawyer has embarked on a career path in musical performing and, in particular, songwriting. And what a songwriter he is. His song “Fireball” has a sense of immediacy and aching urgency which is rarely heard in modern song. His voice calls out to be heard. His sound is modern, resonant of our times, yet somehow connected to an older tradition when song, poem and story were ways of bringing people together. As if a spirit singer, he calls out in “Fireball”: “Would you stand by me, O I live in a world of make believe, I think anything is possible, if you’d take a leap of faith”.  Indeed, if we’d but take a leap of faith!

Sawyer is a young man of very clear purpose and he firmly believes that being genuine and courageous are the virtues that lead us to the destiny we are meant to fulfill. His inspiration began in his early childhood when he began playing guitar. Almost immediately he began to write songs based either on chord progressions or melodic riffs that would flow out into the realization of songs and subsequent lyrics. He tries to find a way to be open so that forces that he would describe as spiritual can find and work magic. Everything is interconnected and, in more ways than we realize, sublime.

Sawyer’s earliest influences were broad and encompassing. He listened closely to Bob Marley but also Xavier Rudd, Medicine for the People, Trevor Hall, Dirty Heads. These artists have imparted stylistically to Sawyer’s playing, but he has synthesized their grooves to his own unique sound. More important is Sawyer’s firm grasp of what it is he is chasing with his music and songs.

He is able to articulate precisely how he sees the situation in which we find ourselves, particularly in regards to the planet’s health and overall well-being. Drawing on wisdom far beyond his age, Sawyer is drawn to the conclusion that our planet, our common world, is in danger and that only careful communal effort on all levels of society and ability will be able to address this. He believes that activism is part of the work that musicians and songwriters play in that drama. The call to wake up has been part of the tradition and certainly many musical formations have done so. Sawyer sees that we have an opportunity to come together and songs have a place in that work or bringing that about.

Often in the work of self-exploration, he confides a person may need to confront the darker parts of personality—he may need to be what he terms a light worker opening ourselves up to bring light into the aspect of our living that we may choose to disregard. While philosophically this may not necessarily conform to all views, it is clear that we need to be open to create new possibilities for ourselves.

Meeting Sawyer, you are struck by his humility but also his desire to make things a little better for all of us. He is deeply loving of his family and friends and deeply grateful for the support of them and his mother, Trixie Freebird, a recognizable talent herself, who acts as Sawyer’s manager and mentor. Sawyer says that our time is like a box of gifts. “Every gift that didn’t get used, gets left.”

He writes in his song “Wavy River”, “where the greatest of wisdoms are found within ourselves”, and in his song “Change The World”, “Time to change the world” and “this is my plea to humanity, everybody make an effort, raise the frequency”.

His new song on radio is “My World Is My Will”.

Sawyer Lance is at the beginning of a remarkable journey to explore his gift and his talent and realize potential for himself but also bring joy and “do something good” for audiences that find him and support him.

Sean Cotton has been wowing Muskoka audiences through venues large and small—pubs, theatres, and […]

COVID-19 has turned the entertainment industry upside down. Projects have halted, theatres are closed, […]

By Peter Rhead After opening, your second bid: when to reverse You are the […]