You are here: Home / Community / So much fun in the hot, hot sun!

River Mill Park was the place to be on Saturday. The first-ever Backstreet Urban Arts Festival took place, hosted by the Huntsville Festival of the Arts. Aside from a variety of interactive things to do and see in nearly every corner of the park, what made it even better was that it was free fun for everyone. With dozens of local artists and musicians wowing the crowd, out-of-town participants were also recruited to make the event extra awesome. The music was a hit, busker performances were captivating, drumming workshops were booming, graffiti artists were painting riveting murals with eye-catching colours – not a single person in attendance appeared to be bored that’s for certain.

Did you hear Toronto beat boxer Scott Jackson making the craziest music just from his mouth? It was surreal. Did you see Phillip Psutka of Huntsville’s Theatre Arcturus towering over passersby on Main Street while walking on stilts? Not sure how he maintained his balance and didn’t pass out from the heat being that much closer to the sun. Or did those two, beautiful roaming artists who were performing ‘re-moving graffiti’ downtown catch your attention?

All in all, the festival was a big success and truly brought to light the many forms of art that exist and the caliber of talent that lies within this town and beyond.

Here’s hoping the event makes its way back to town next year! 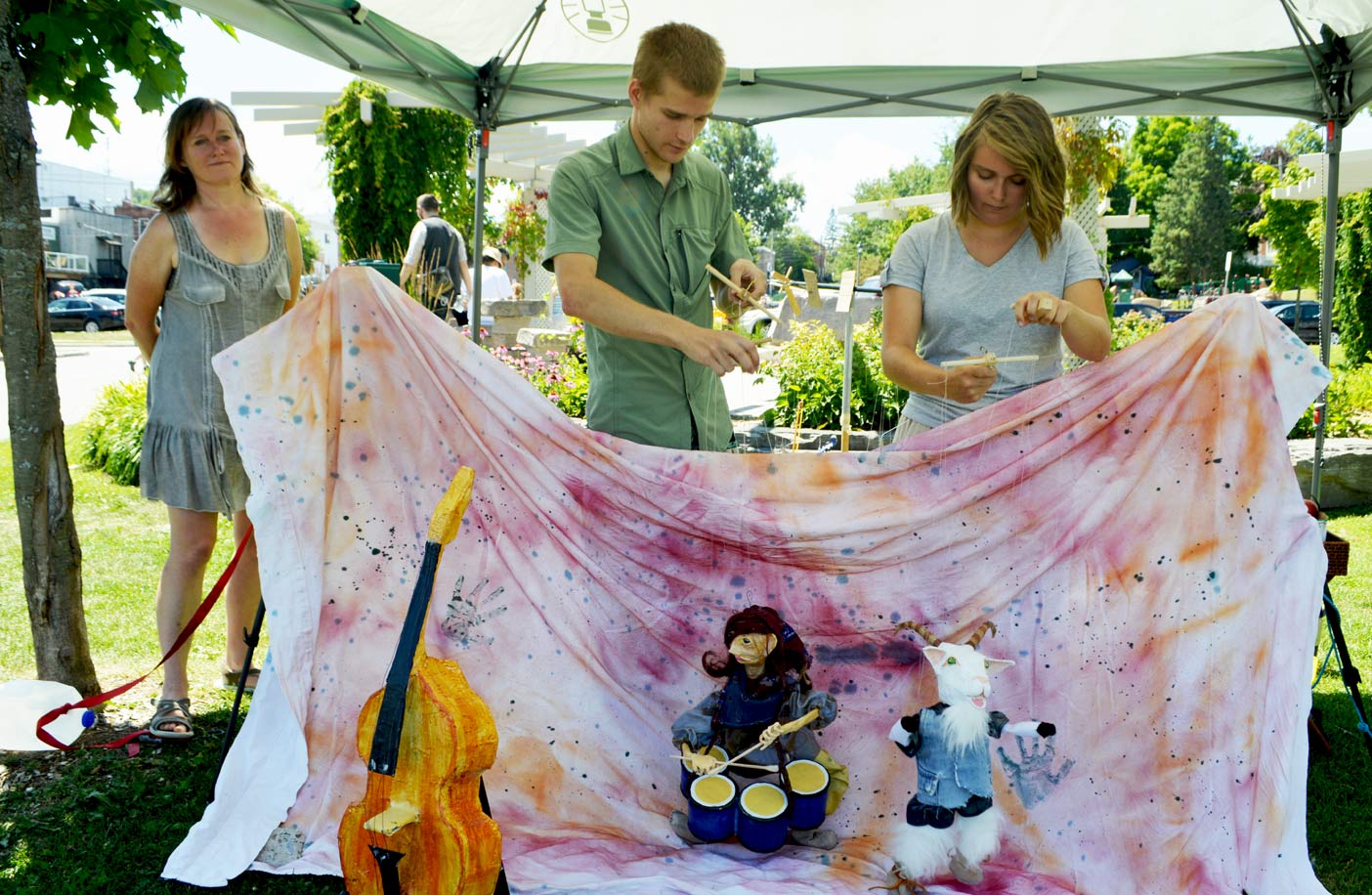 Stu and Danika Graham of Quartetto Marionetto, put on a puppet show with their proud mom Catherine Luce.

Local artists Jordan Marshall and Amelia Boysen created a pretty interesting and bold mural. They had not yet titled it. 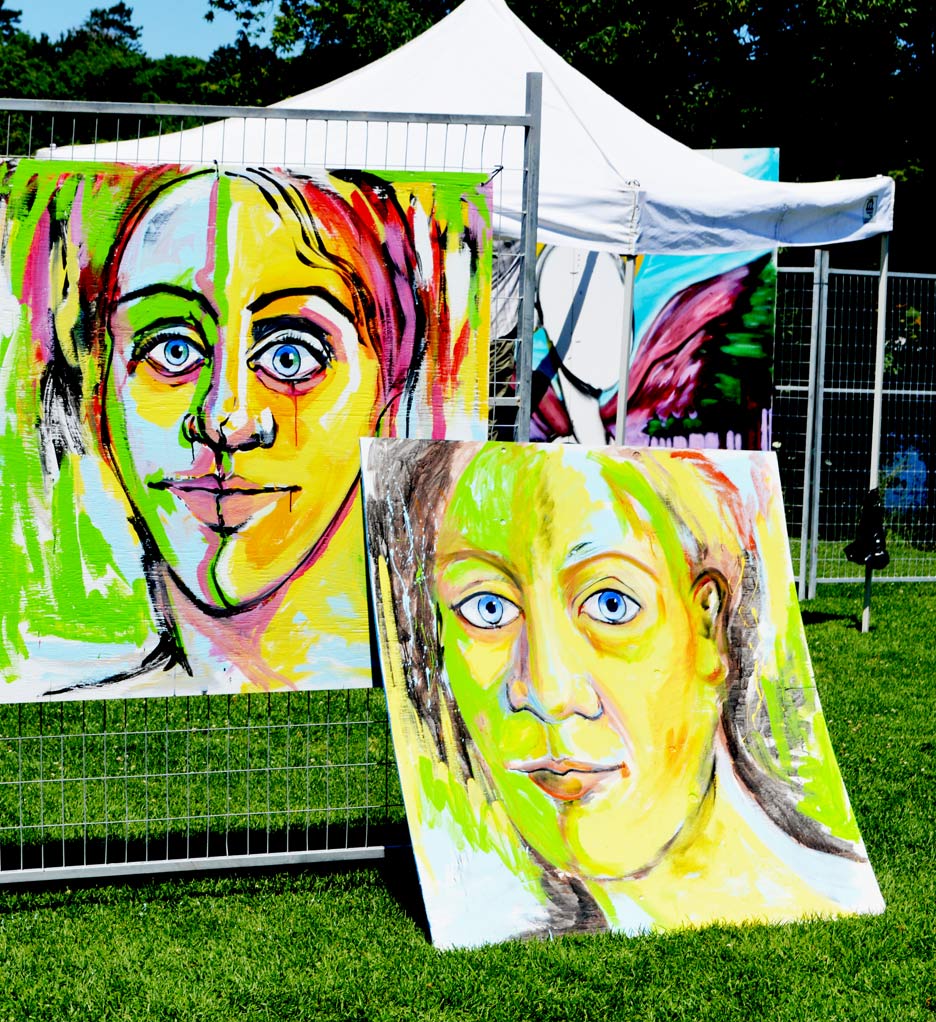 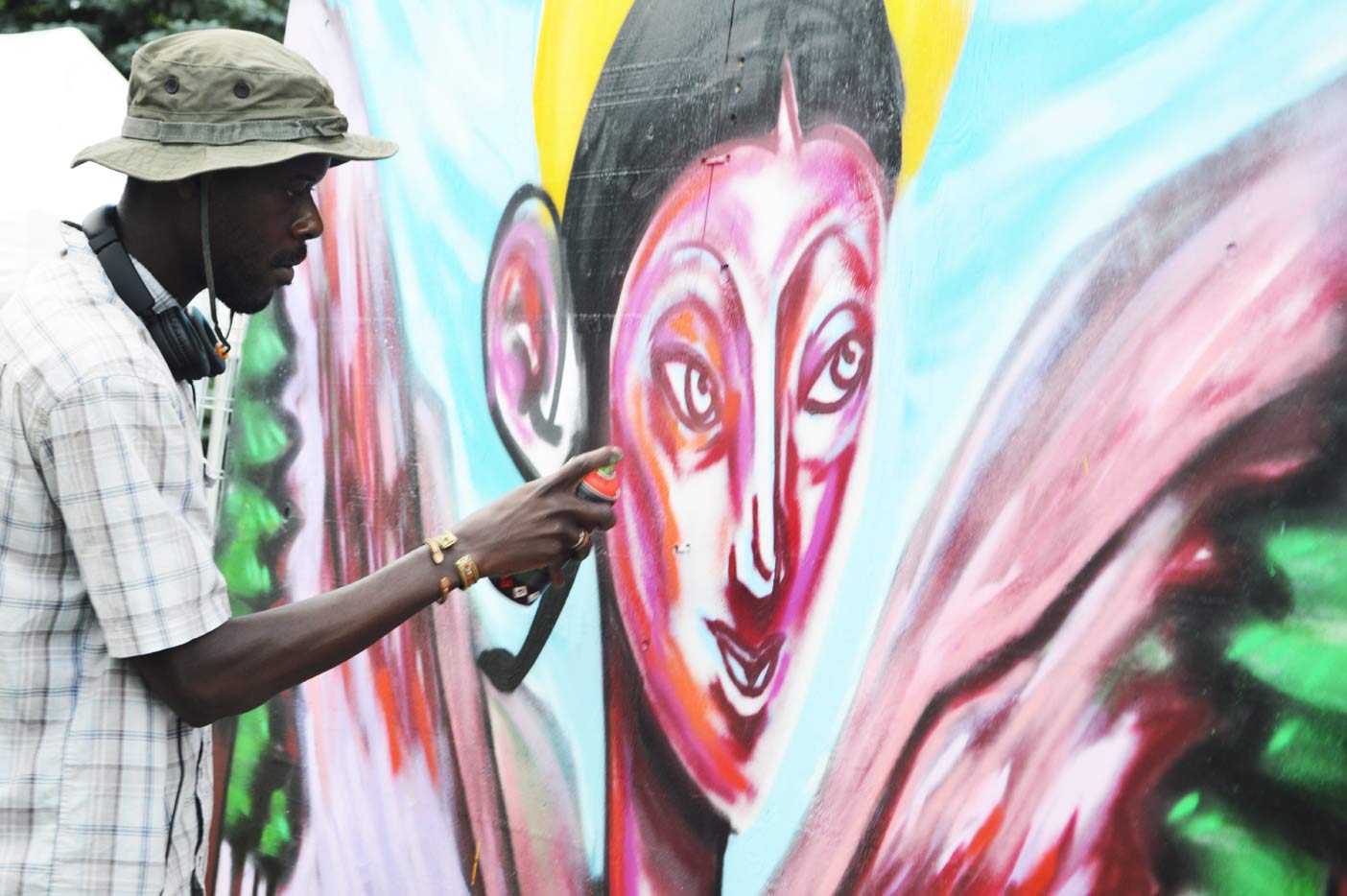 Spray paint artist Phillip Saunders created a masterpiece that was bold and beautiful. 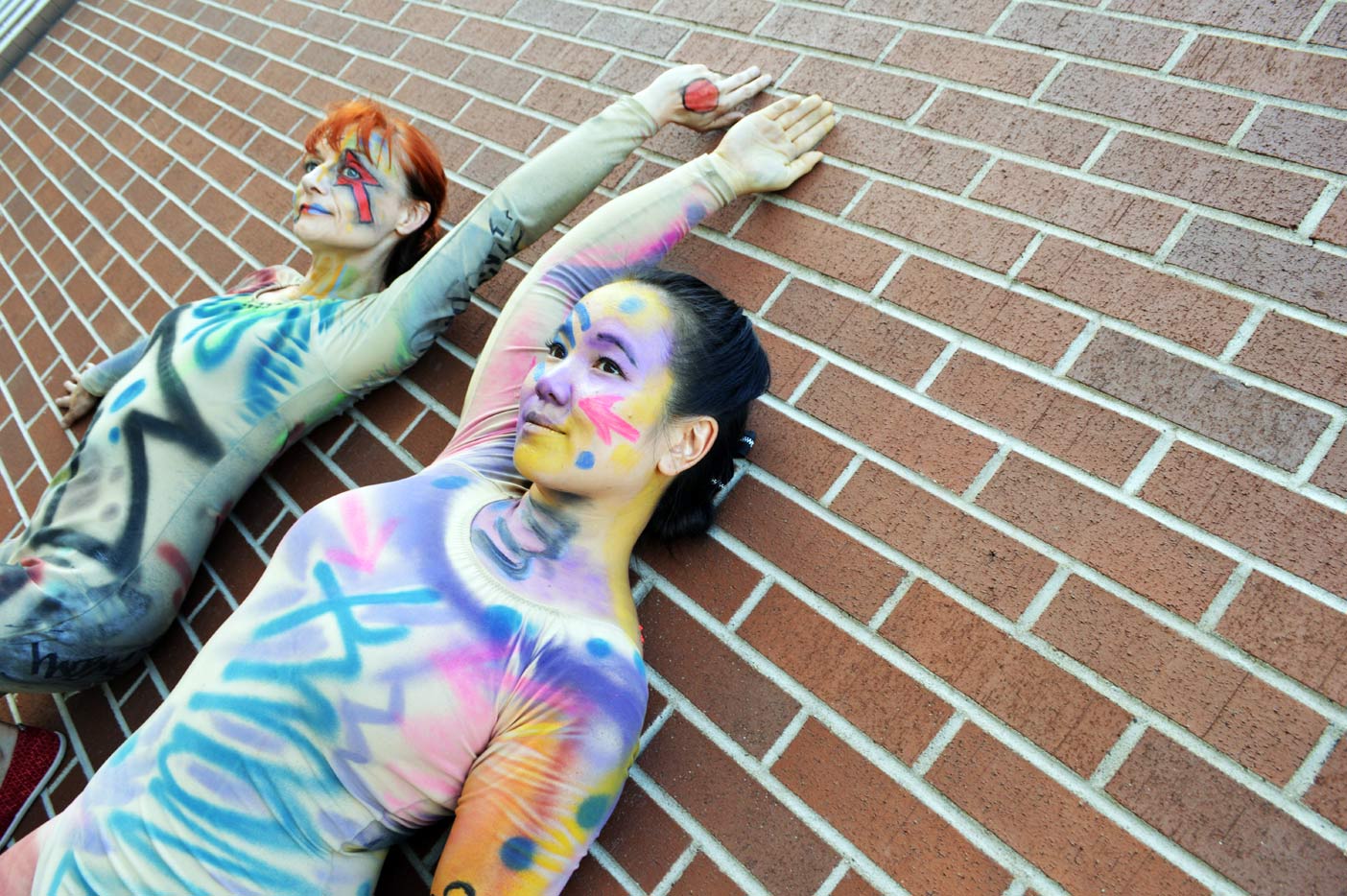 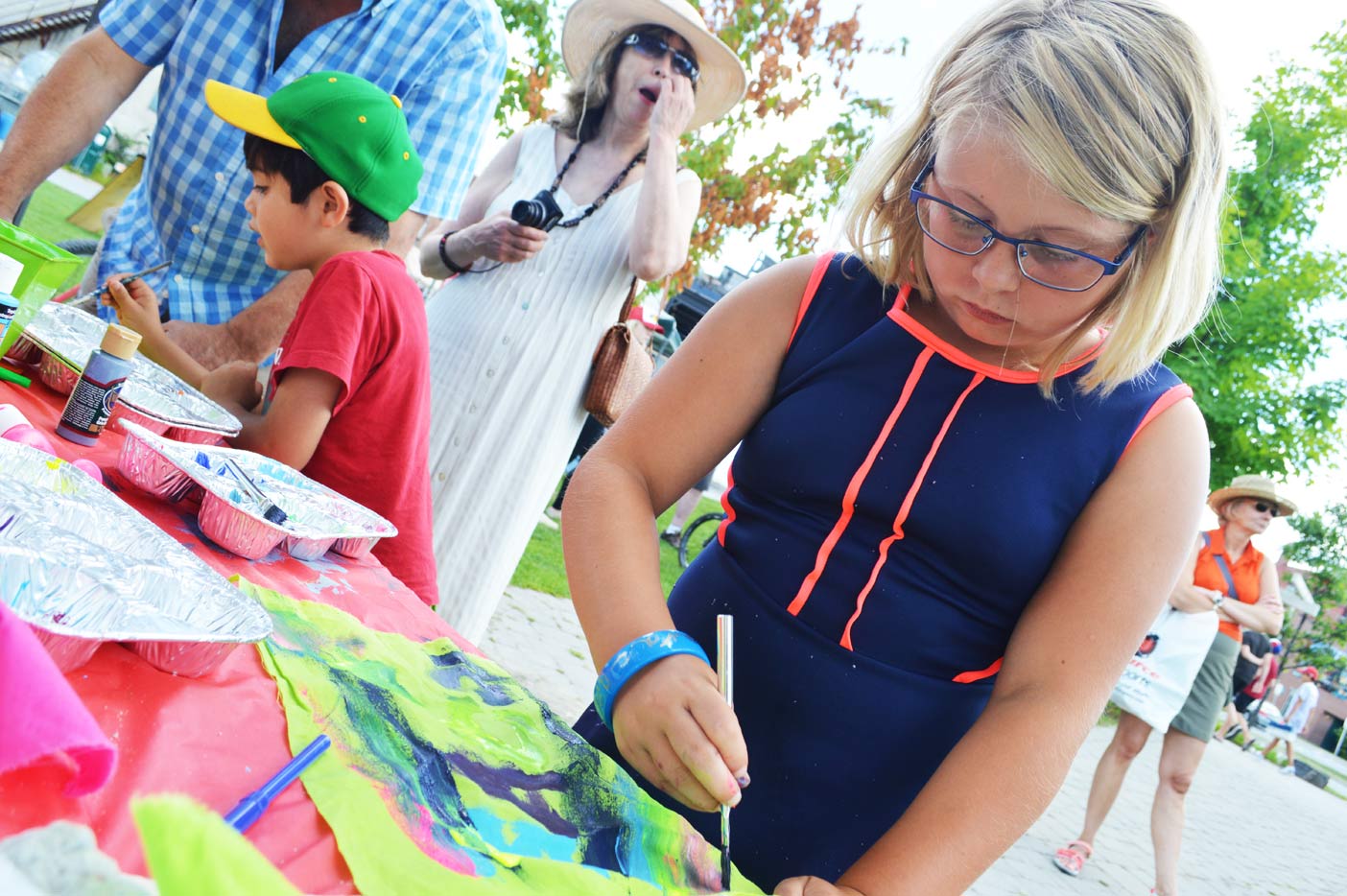 Sage Martin tapped into her artsy side at the hugely-popular kids’ art station. 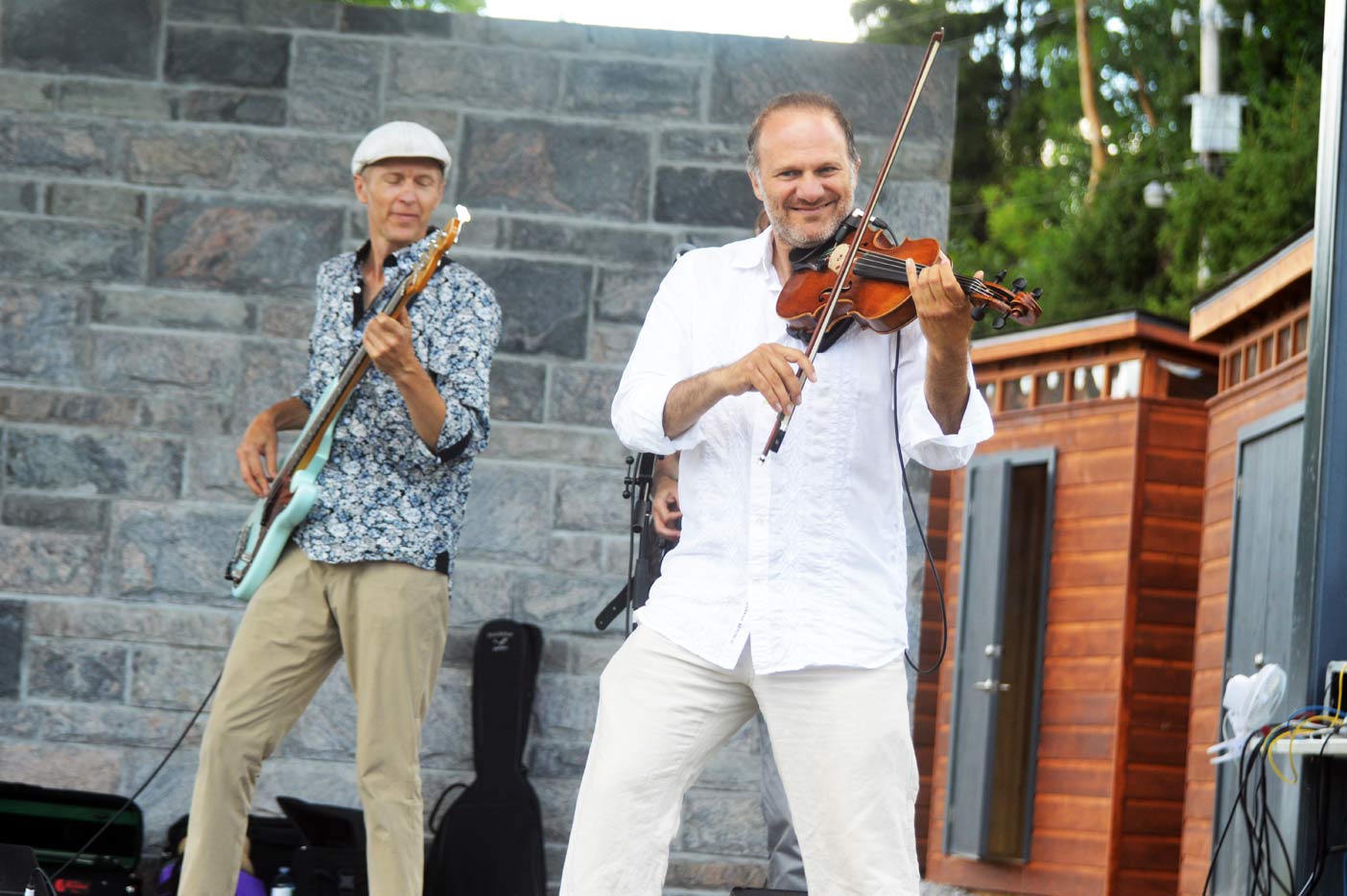 The Sultans of String rocked the stage and wowed the audience. The band members feed of each other, that was evident. Chris McKhool on the violin and Drew Birston on the bass are just two of the members of the Toronto-based band. 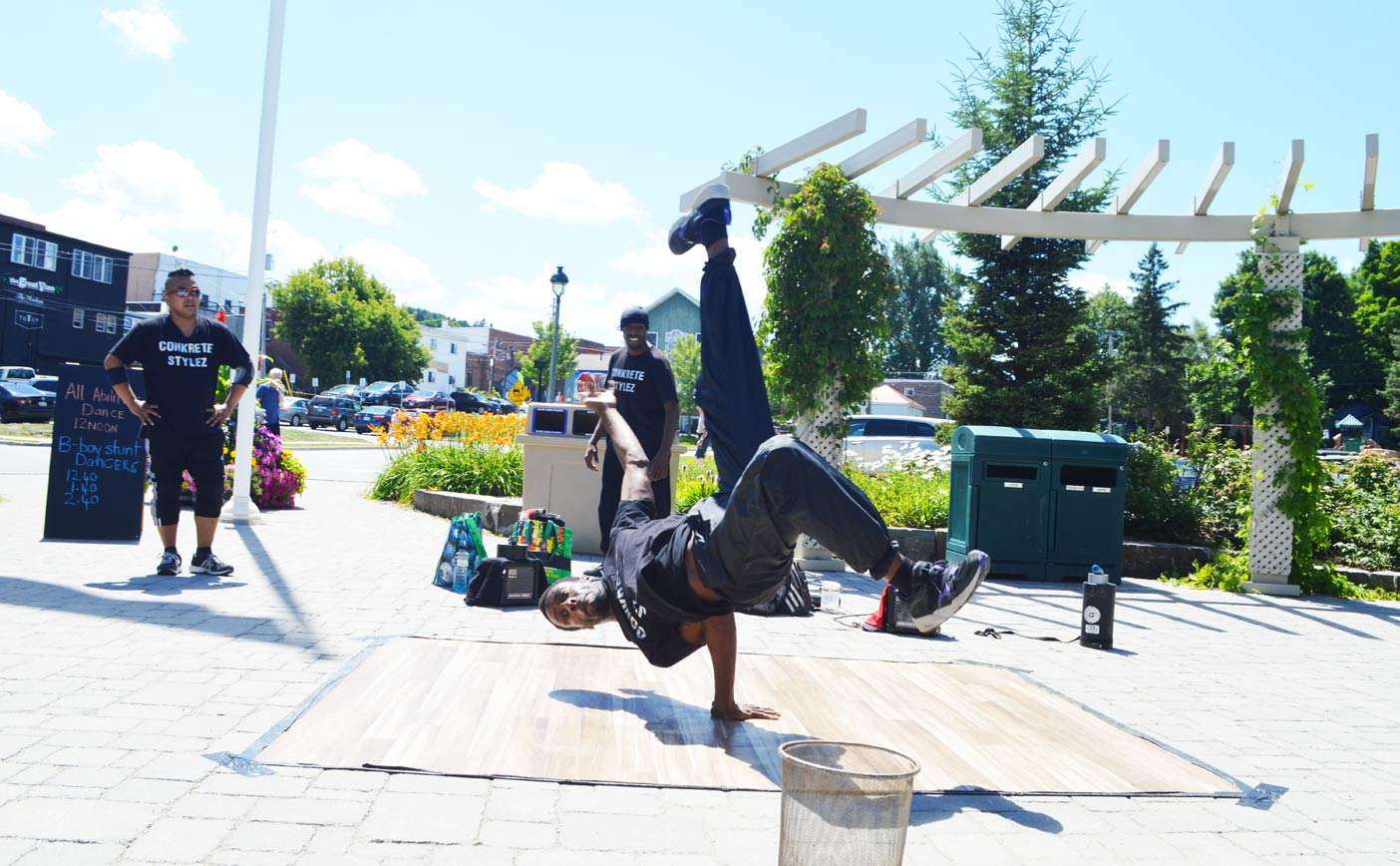 Conkrete StyleZ member Tracer 1 must be double-jointed to do moves like this. 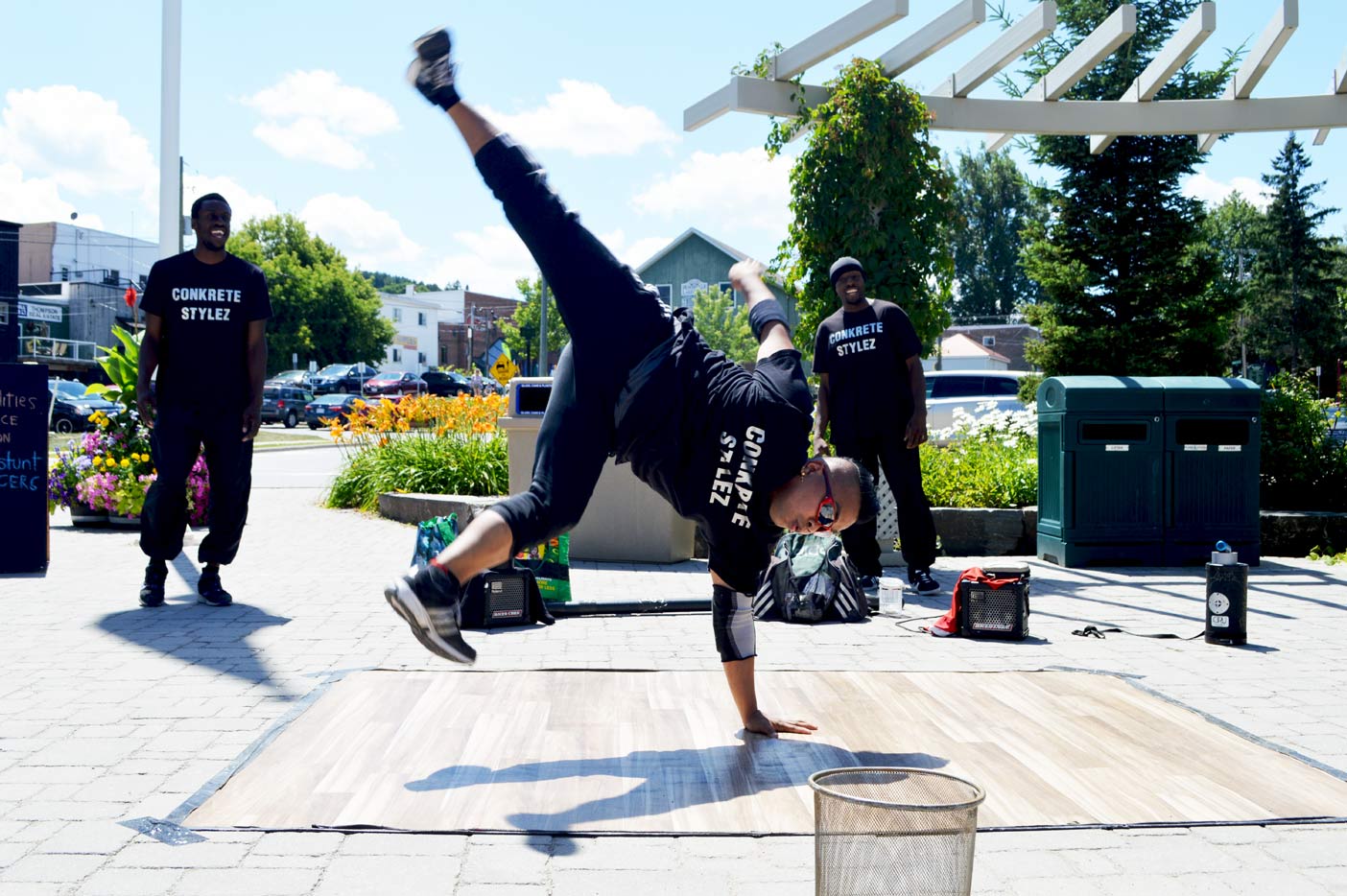 His name is StuntZ and he lives up to his moniker. He was apart of the Toronto-based break dancing group Conkrete Stylez.