If you know Lake of Bays you may have boated by Langmaid’s Island and seen the three soaring peaks and the sandy beaches on the southern shore.

With 147 acres and six kilometres of virtually undisturbed shoreline, it is the second-largest island on Lake of Bays. It hosts diverse and sensitive habitats and biotic communities. Langmaid’s Island is special. As a director of the Lake of Bays Heritage Foundation (LBHF), I am very interested in this island because it is under threat. Here is the story.

In the early 1990s, the Ministry of Natural Resources and the Muskoka Heritage Foundation identified areas of heritage value that should be protected for the benefit of future generations.

Langmaid’s Island had been in the Adamson family since 1936. Henry, the final Adamson to own the island, was an ardent environmentalist and a member of the founding board of LBHF, a registered charity and land trust. Henry did not want the island to be developed since he felt the lake could not withstand development in the immediate area. He was supportive of the island being identified as a Natural Heritage Area. In middle age, Henry Adamson developed health issues that prevented his travelling to the island. The option of donating the island to LBHF was not something he was prepared to consider while he was alive since he was hoping to be able to return to the island with improved health. And, since he died unexpectedly and prematurely, he had not made any mention of donating the island to the LBHF in his will, even though he was aware of the Foundation’s interest in receiving the island if he so wished.

In 2017, Langmaid’s Island was sold by the Estate of Henry Adamson to an organization now known as Langmaid’s Island Corp (LIC). Notwithstanding the Heritage Area designation, the new owners applied to the Township of Lake of Bays to develop 32 lots, each with a large cottage, three cabins and a boathouse; and to the Town of Huntsville to use two lots on South Portage Road, immediately north and west of the island, to accommodate 105 parked cars. Since the shore of the landing properties is too shallow to accommodate 32 boats slips, a proposed shuttle would transport people to their island properties.

A public meeting, in June 2018, was attended by over 100 concerned seasonal and permanent residents. Approximately 40 people raised their concerns. In the words of a participant: “I reflect on the intent, time and labour of multiple individuals with full community support, to secure the legacy of Langmaid’s Island through the official Heritage designation…This heritage protected property was knowingly purchased by developers in disregard of its designation or distinct and rare qualities. We have this one chance to respect and protect this unique island.”

In November 2018, planners from the Township of Lake of Bays and the Town of Huntsville recommended the applications be denied and LIC immediately appealed to the Local Planning Appeal Tribunal (LPAT). In addition to not representing ‘good planning’ there are many other issues: barging of building materials, the impact of 32 septic systems on very shallow soil and steep terrain, boating safety in the small bay to the north of the island, traffic safety on the narrow and winding South Portage Road, to name a few.

Jointly, LBHF and the Lake of Bays Association (LOBA) are parties to this appeal (Case number PL 180898), as are the Township of Lake of Bays, the Town of Huntsville, and a concerned individual property owner, Kelly Zytaruk. The environmental and municipal planners retained by LBHF and LOBA confirm the municipal planners’ views that the application does not represent ‘good planning’ and that the proposed development will have a permanent, negative impact on the visual landscape and natural heritage values. They believe we have a strong case.

Since 2018, I have been working with a small group of directors from both LBHF and LOBA to voice our shared concerns. We are a small group of volunteers who very much appreciate the support from our members who have donated to the Langmaid’s Protection Fund.

The appeal hearing will be virtual starting February 1, 2021, and is expected to last 16 days at a cost to us of $100,000. This is a public meeting which I understand is open to anyone and I would be happy share the link once received. Contact: [email protected]

Anyone wanting to know more about the appeal or to donate to the Langmaid’s Protection Fund, visit lakeofbaysheritage.ca. All donations qualify for a charitable tax receipt.

Muskoka Heritage Areas can be viewed at the District of Muskoka’s Waterweb site. 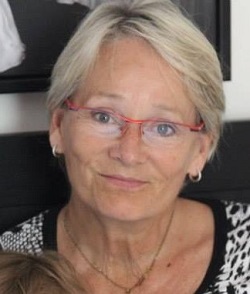 Judith Mills is the president of the Lake of Bays Heritage Foundation, a registered charity and land trust. She grew up in Huntsville and attended Huntsville Public School. She has a cottage on Lake of Bays and her grandchildren are the sixth generation on the lake.