You are here: Home / Community / Performance shows Good People aren’t always where you expect to find them: a review

In a town where poverty and economic struggle regularly rub up against wealth and privilege, the Huntsville Theatre Company’s production of Good People strikes a chord.

We’re introduced to Margaret (Margie – with a hard ‘g’ – to her friends), a working class, single mom in South Boston, or Southie, just as she loses her job as a dollar store cashier.

Often late to work, thanks to the unreliable babysitter who watches her disabled adult daughter, this is just one in a string of low-paying jobs she’s lost. The audience can’t help but empathize as Margie pleads for her job with manager Stevie, but their interaction provides the first hints that she’s more complex than she might appear on the surface.

Karen Lawrence’s marathon performance as Margie – she’s on stage in every scene, nearly from beginning to end – brings to life class struggles and forces the audience to consider if where you end up can be a matter of circumstance and luck no matter how hard you try.

Margie is a difficult character to pigeonhole. She’s not educated, but she’s smart. She’s labelled herself as ‘nice,’ but nice can be relative. She can be both passive aggressive and apologetically assertive, often back to back. And she reacts to her station in life with surprising wit and humour. Lawrence plays it all with aplomb.

Jean, Margie’s life-hardened and ascerbic best friend, played by Jane Morris, provides considerable comic relief with her straight-shooting, curse-laden diatribes. And Dottie, played by Diane Bickley, lives up to her name in a delightfully humourous and at times childish portrayal of Margie’s landlady and unreliable babysitter. 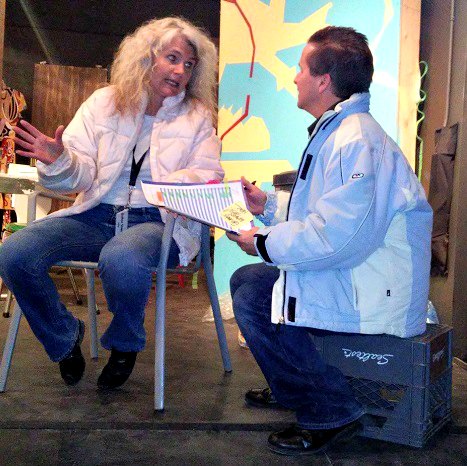 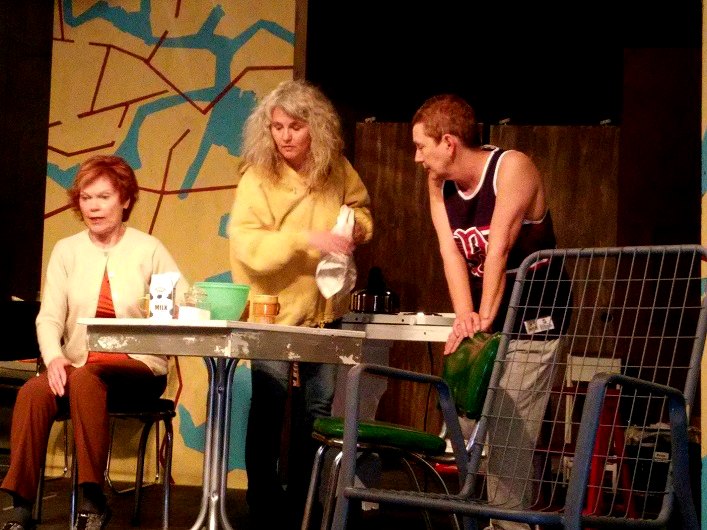 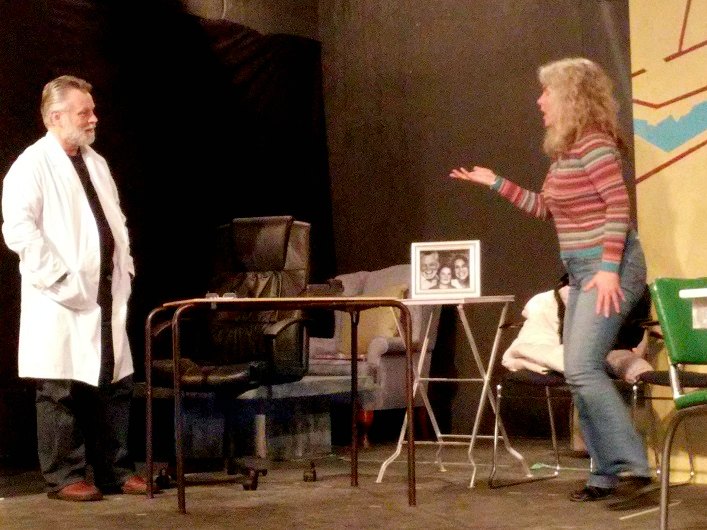 In the funniest scene of the performance, the three along with Margie’s former boss Stevie, play bingo. Dottie’s wide-eyed insensitivity is balanced by Jean’s crass attempts to boost Margie’s spirits, while Stevie, cannily played by Matt Huddlestone, tries to slide in unnoticed with palpable discomfort and endures the subsequent abuse slung at him.

The scene contrasts with Margie’s visit to the home of her long-ago Southie boyfriend turned Chestnut Hill doctor, Mike. She went to his office looking for a job and cajoled him into inviting her to his birthday party. When he calls to tell her it’s been cancelled, she decides to show up anyhow, believing he must be lying to keep her away.

There she meets Mike’s young wife, Kate, played by Dyanna Prisk, a petite, refined and kind foil to Margie’s street-smart toughness. The tension escalates as Mike, played by Allen Hutchings, tries not quite successfully to maintain his cultivated demeanor while trading barbs with an increasingly desperate and manipulative Margie. It’s enough to make the audience feel sorry for him…almost. And in the process it reveals unexpected truths about Margie’s past.

Skillfully directed by Greg Perras, who joked after opening night that his secret as a director is good casting, Good People is a great performance to watch, but not an easy one. The script, written by David Lindsay-Abaire pulls no punches with coarse language and derogatory terms, but it’s endearing and funny nonetheless.

In the end, as there often is, there’s hope. And the audience discovers that who’s “good people” isn’t always who you expect.

Good People plays at the Studio Theatre in Chaffey Hall May 7, 12, 13, and 14 at 7:30 pm, with matinee performances on May 8 and 15 at 2:00 pm. On the Mother’s Day Sweet Sunday matinee (May 8), tea, coffee, and biscuits will be served at intermission. Tickets are available online or at Treasures and Trophies.