You are here: Home / News / Popular Nuit Blanche North on hiatus for 2016, HFA plans to step in with daytime festival

If you’re a Nuit Blanche North fan, you’ll need to make other plans for the evening of the second Saturday in July 2016.

The key organizers of the popular interactive multi-arts street festival are taking a one-year hiatus, which means the event will not be taking place next summer. Founder Dan Watson of Edge of the Woods Theatre says the break will give him a chance to work on long-term funding and do some professional development that will help ensure the event’s future success.

Funding is the biggest issue facing Nuit Blanche North, which has been held as part of the Huntsville Festival of the Arts every July since 2011 and attracted about 7,000 people to downtown Huntsville in 2015. “The event runs on government funding, for the most part,” Watson explains. “One of the challenges is that we always found out very late. For example, we’d find out at the end of March if it was a go, so planning was difficult. The idea is to take a year off and try to get ahead of that, get funds earlier so we can do more.”

Another challenge, according to Watson, is that funding tends to be awarded for new initiatives. “We need to figure out how to keep this thing growing and what we are doing next – what’s new and how to sustain what we have. It’s always a puzzle and a challenge, so hopefully this period will help us out.”

Watson is also excited to have the opportunity to spend time in the coming year with experienced organizers of other large-scale arts events. His formal training is in creating and performing work, not in management, and he says trying to figure out all the moving pieces has always been tricky, even with support from the Festival. In 2015, more than 120 artists took part in the event. “There were a lot of balls being juggled,” he says.

“I’ve been learning on my feet, and in the winter I’m going to be taking some time to learn from others,” Watson says. “I’m having a bit of a mentorship in Toronto to learn how people do these planning cycles, how they plan for it, what kind of options are out there, that sort of thing. It’s actually a bit of a professional development period for me. I’ll get some tools and more ideas to bring back to Nuit Blanche North.”

Watson knows many people will be disappointed to miss the event this year. However, his goal is to spend this year ensuring that Nuit Blanche North will remain strong and viable for many years to come. 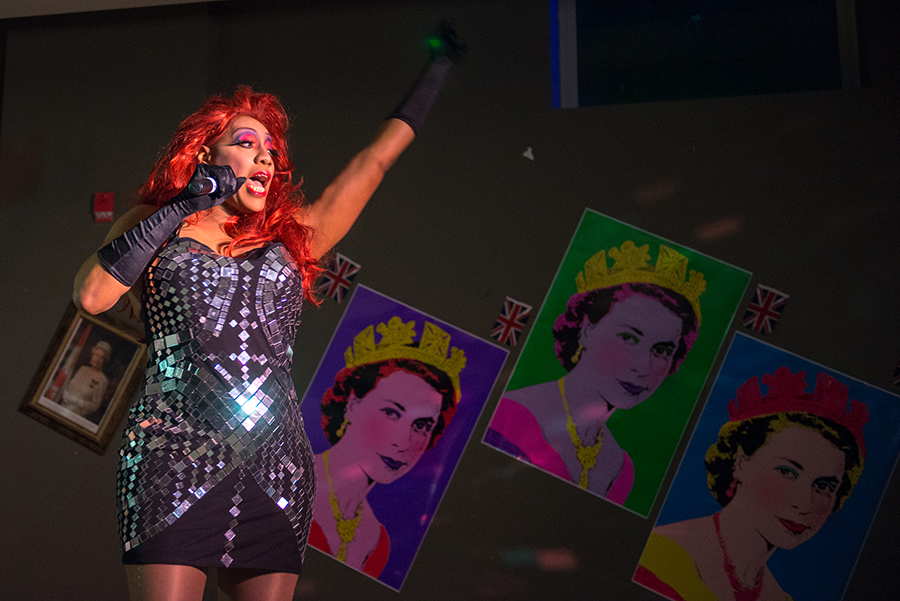 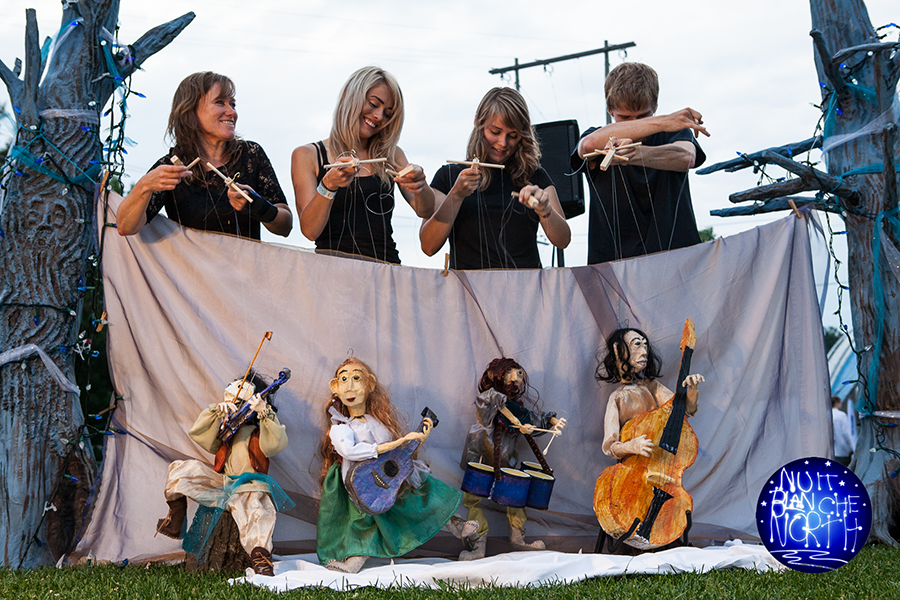 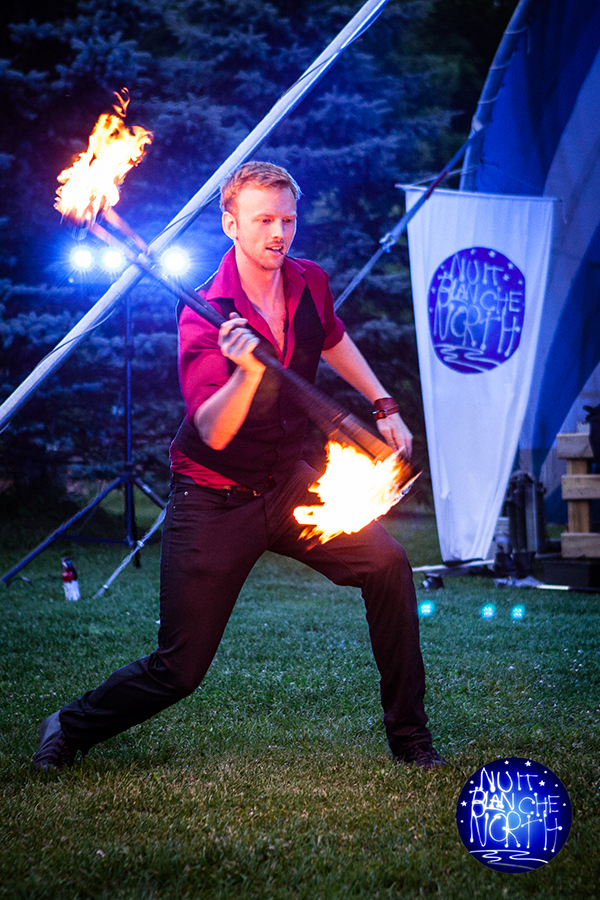 Fire acts were a popular draw at Nuit Blanche North 2015 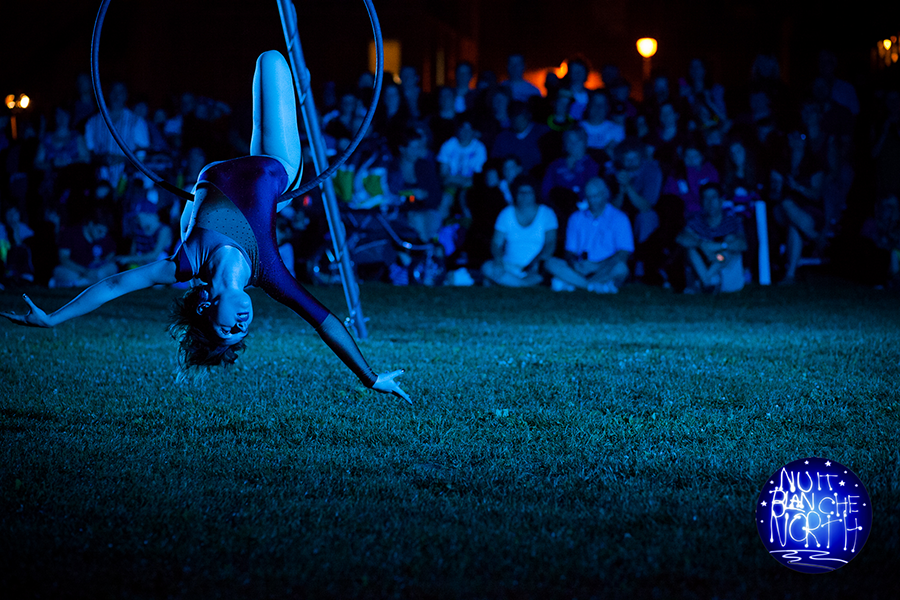 Huntsville Festival of the Arts general manager Rob Saunders says while his organization will not try to replicate Nuit Blanche North on their own, they do have plans to hold a daytime street festival on the second Saturday of July, with graffiti artists, chalk artists and buskers. “It will be similar to the first time we held Nuit Blanche North, when there was a daytime festival that morphed into nighttime. That was a huge undertaking, so we’ll just focus on the daytime.”

Saunders notes much of the action will take part in River Mill Park, possibly including live music. “One of our plans for the coming year, throughout the season, is to animate the park,” he says.

Going forward, Saunders can see the possibility of holding Nuit Blanche North every other year, with a daytime festival in alternate years. “Sustainability is the most important thing,” he says. “Nuit Blanche North brings great benefits to the community, but it is also expensive.”

Whatever happens, Saunders is looking forward to working with Watson and Edge of the Woods Theatre to create more unique cultural programming to offer residents and visitors alike. Watson feels the same. “Nuit Blanche North is a wonderful event,” he says. “It’s a chance to engage different voices in a different way – a chance to build community. I already can’t wait to bring it to Huntsville again in 2017 as part of the Huntsville Festival of the Arts.”

Saunders adds that since 2017 is both the 100th anniversary of Tom Thomson’s death and Canada’s 150th year, there will be rich thematic possibilities to explore.