You are here: Home / Commentary / Listen up! – Trudeau is facing a defining moment, so is Canada

I wish I didn’t have to write this one…but I do. I had another commentary planned for this week but I scrapped it. I just couldn’t get past Paris.

Actually, in the past few weeks we have had three bold-faced terrorist attacks by ISIS; the downed Russian airplane in the Sinai Desert, the bombings in Beirut (which were almost ignored by western media) and the catastrophic events in France. Hundreds were killed in each of these well planned attacks. Furthermore, ISIS has gone out of its way to say this is only the beginning.

I have to wonder how much longer we can ignore what is happening in this changing world and believe we should do little or nothing about it, but wring our hands and say “We are with you”, when in fact we are doing next to nothing.

Now before we get too far, let me be clear about a few things. This is not a rant about Prime Minister Trudeau. He is just on the job and the world has changed since he took office. Nor is this an attempt to disparage Canada’s plans to bring as many refugees here as possible from the war torn Middle East. Many of these people are in dire straits and we need to do our full share in accommodating them. Further, I am not suggesting we should live in fear or go off half cocked. That would be the worst thing we could do.

But things have changed. We need to listen to what we are hearing.

French officials are reporting that at least two of the Paris bombers came to Europe as refugees. One was found with a Syrian Passport. There is no doubt that in countries terrorized by ISIS, radicalized citizens are involved. However, there is also no doubt that they are recruited, trained and armed by ISIS and radicals are also being infiltrated into western countries through the refugee process. The Prime Minister of Britain has recently said that two out of every 100 refugee migrants are actually ISIS fighters and a recent European poll has indicated that 13 per cent of refugees support ISIS.

This does not mean that Canada or any other country should give up on legitimate refugees. It does mean that there should be full recognition that the refugee crisis is a huge opportunity for radical Islam groups such as ISIS to plant their people where they want them and where they can do the most damage. And so, we should balance our empathy with caution and take the time to make sure the migrants we bring to Canada are genuine refugees who want to make our country better, not destroy it. It is also an opportunity to examine whether this is the right time to dilute Bill C-51, a bill supported by the Liberals when they were in opposition, when it provides increased intelligence and security measures for Canada. 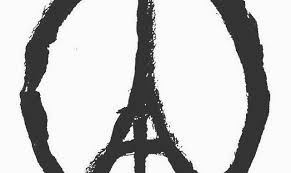 The events of the last few weeks should also make Canada rethink whether now is the moment to withdraw CF-18 War Planes from the allied coalition. The President of France has said that ISIS has declared war on his country, but the reality is that it has declared war on the entire Western World. The greatest declared enemy of ISIS is the United States. There should be no doubt that they are on a very short list for attack. Indeed, most countries around the world, including Canada, have no idea if or when they will be the next target. This is not to live in fear but rather to address it. Even former Liberal Prime Minister Lester B. Pearson, a Nobel Peace Prize winner and renowned international peacemaker, has said that in order to achieve peace, sometimes it is necessary to fight for it.

The first step in achieving peace is to stop the war in Syria and bring ISIS there and elsewhere in the Middle East to their knees. It has been going on for too long and become a breeding ground for international terrorism. Canada has an ability to play only a small military role in ending the war in Syria but it is an important symbolic one. We continue to have one of the best reputations and economic record in the world. People look up to us. Ending the war in Syria has to happen and Canada needs to be there when it does. If we do not support our allies with meaningful measures, when the chips are down, then we will lose much of our influence on the world stage. This could have a devastating effect for Canada.

Prime Minister Justin Trudeau is between a rock and a hard place. He made certain promises during the recent election campaign related to our role in the Middle East and our domestic security. He may have even been right at the time. It doesn’t matter now. What does matter is what happens next. Trudeau could not have expected to face a defining moment in his leadership just weeks into his term. But here it is and what the Prime Minister will decide will define him and also define Canada.