You are here: Home / Commentary / Listen Up! Deciphering the Brexit vote: old people have screwed the young people: Opinion 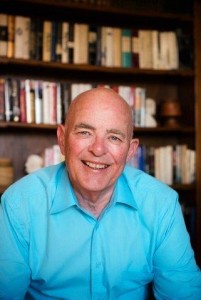 Whose World Is It Anyway?

The outcome of the Brexit referendum in the United Kingdom will dominate world news for months to come. What surprised me most however, was not so much that Britain voted to leave the EU, but rather the breakdown in voting patterns that made it happen.

65 per cent of young people between the ages of 18 and 35 voted to stay in the European Union. Conversely, nearly 70 per cent of people over the age of 65 voted to get out. Obviously, the younger generation was worried about their future in a country that has effectively closed its doors on the rest of Europe. For those who believe that will not happen and that it will be business as usual for Britain in Europe, just watch the exit negotiations that will take place between Britain and the EU during the next year or so. Already, European Union leaders are urging Britain to start negotiating their exit quickly, in an attitude of ‘Don’t let the door hit you in the butt on your way out’. Young people in Britain have every right to believe that as the older generation put the “Leave” vote over the top, the well-being of upcoming generations was not seriously considered and from that point of view, simply collateral damage.

It will be interesting to follow the domino effect resulting from the Brexit vote. Already Scotland, who voted strongly to stay in the European Union, is making noises about a second referendum to leave Britain. They almost succeeded about two years ago but this time around will probably have enough angry young people who want to get back into the EU to put them over the top. No doubt there will be similar unrest in Northern Ireland, who also voted to stay in the EU, as people there blame voters in England for taking them out.

European countries will be scrambling to hold their common market together. Of the 28 members of the EU, Britain had the second or third strongest economy. Without them, it will be much more difficult to prop up less stable economies such as Greece. There could be some serious changes in the map of Europe as a result of Brexit.

On this side of the Atlantic there could be ramifications as well, especially with an economy that is already fragile. There will be encouragement for populist movements to re-emerge. In Canada, Quebec separatists have already begun to drool over the prospect of Brexit igniting their movement. “Quebec Separatists see hope after Brexit vote,” says a headline in the Huffington Post.

In the United States, the Brexit vote could well be a boon for Donald Trump. Control of immigration was a serious issue in the British referendum. Trump’s popularity in the States is in part related to his strong stand on controlling Muslim and Mexican immigration. He is bellowing his support for “taking their country back” which he says is exactly what he wants to do in America. It will be interesting to see what that does to his polling numbers as the American election heats up.

What all of this adds up to is a serious international movement toward isolationism which should be disturbing given the reality that the world is now inextricably tied to a global economy. It will not take long before the tension between these two forces reaches the breaking point.

Boris Johnston, a former Mayor of London and the leader of the “Leave” movement in Britain, could well become their next Prime Minister. The prospect of two of the largest countries in the Western world being led by isolationists, Trump in the States and Johnson in the UK, leaves me cold. Just the visual of the two of them together is enough to scare the hell out of me.

The upside for me, however, is the next generation and the young people who will inevitably fight for their future which is dependent not on isolationism but on full access to global markets and international opportunities. The Brexit vote was a slap in the face to British youth. But by their stand on Brexit, they have served notice that they are not going away. Nor will the next generation go away in other parts of the word. It is time for some of us to recognize that the future belongs to them and that it depends in many ways on what we do now. We really need to ask ourselves, ‘Whose world is it anyway?’