You are here: Home / Feature / John Gibson is gone but not forgotten

John Gibson was a fighter.

“He was always a gentleman and he always a chief,” says his loving wife, Jean.

When she talks about her late husband, the man she spent 66 years of her life with, you can detect the admiration. She misses him every day.

John died at Huntsville District Memorial Hospital on October 13, 2014 from multiple myeloma, a type of cancer formed by malignant plasma cells. It’s a disease he suffered from as a result of a lifetime spent as a firefighter. He served in North York and he and Jean planted new roots in Dwight when he retired. They then relocated to Huntsville in 2000.

“He spent seven weeks in the hospital before he died,” says Jean. “John was a fighter. He put up a great fight.”

John’s dedication to the North York Fire Department recently earned him some well-deserved recognition. On October 1, Jean travelled to Queens Park in Toronto where a special ceremony was held by the Fallen Firefighters Association. It was there, in front hundreds of people, that John’s name was engraved on a provincial firefighters’ memorial wall.

To be part of that was a real honour, says Jean.

“They called his name and rang the fire bell three times because that’s the last bell. It was wonderful.” 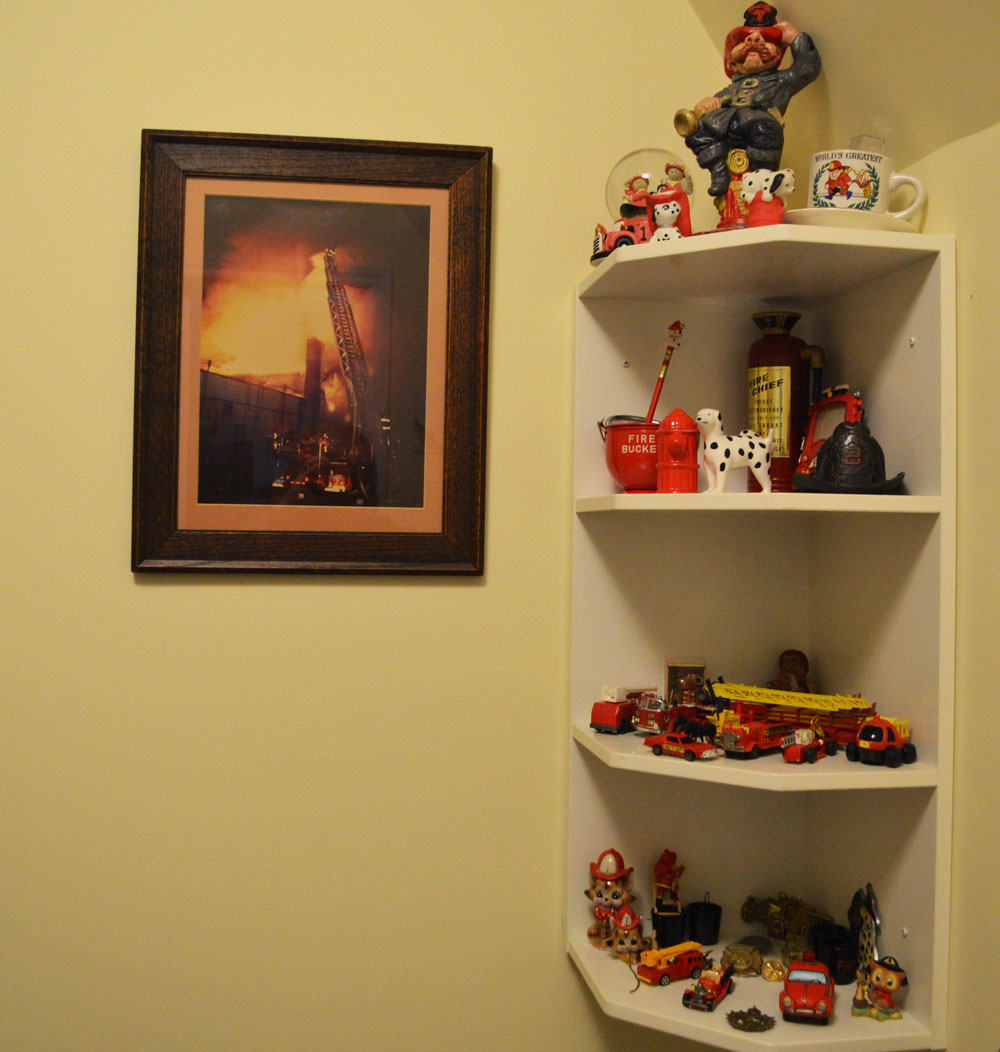 A picture of a building ablaze that John worked tirelessly with his crew to put out. For John, being a firefighter was more than just a job. It was a passion. 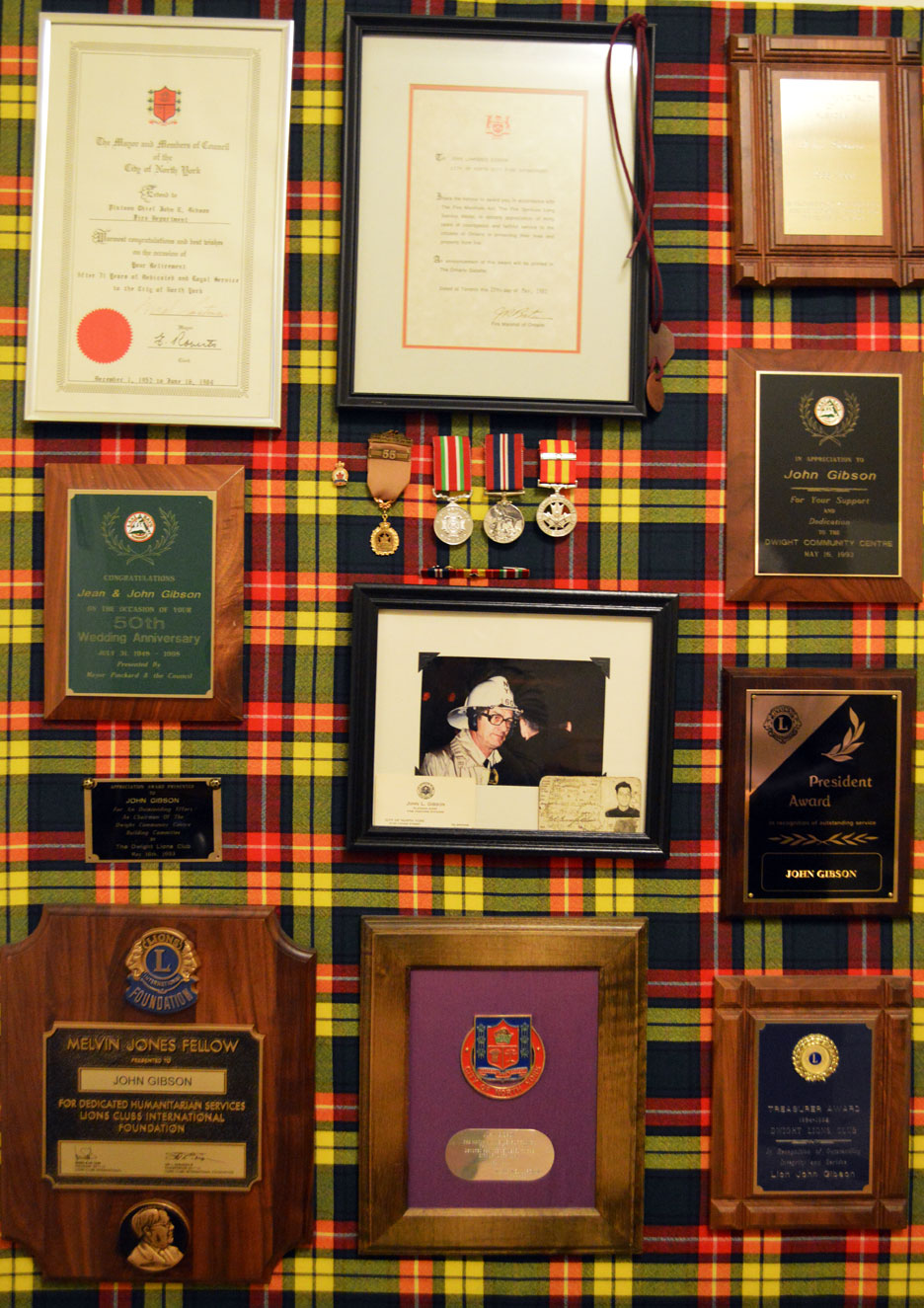 The wall of John Gibson features various awards, medals and plaques for a lifetime spent doing what he loved. At back is the Gibson family tartan.

Jean called the ceremony an emotional tribute to those who have dedicated their lives to fighting flames.

It was a feeling of he deserved it. He loved his job. He was a platoon chief in the fire department and he loved the men he worked with. He was also a great father. He was a people person. He was kind and caring but he wasn’t a wimp. He had a backbone. I don’t think you could find anyone who will say anything bad about him. He was a good man.

John underwent chemotherapy at Huntsville Hospital for his cancer, which was in his blood and bones. He battled the disease for close to 10 years before he died. But even during his chemo rounds at the hospital, every three weeks he would drop off cookies Jean had baked to Hospice Huntsville.

“Nobody there even knew me until he died,” she says with a laugh. “At first I went to chemo with him. Then he said he didn’t need me and he would drop off the cookies on his way to chemo. That was just something he wanted to do. He was a sweet man.”

Once John was discharged from serving in the army in WWII, he became a firefighter and that became a job he devoted his entire life to. He was also a lay minister for the United Church as well as a member of the Dwight Lions Club.