You are here: Home / Feature / Jim Brendish – The man behind ‘Spin the Lakes’

To pay the bills, Jim Brendish runs a successful computer supply, support and repair business in Huntsville, but his true passion is biking. For the past 12 years, Jim has almost single handedly organized and executed Huntsville’s road biking event, aptly named, Spin the Lakes.

Held this past Saturday, the event attracted close to 700 people to the area. The start and finish line were at Hidden Valley Resort, where the bikers were treated to a much-deserved lunch after their spin.

So how does a computer ‘geek’ go from a desk job to organizing a biking event for 700 people? “I was always a cycling enthusiast,” Jim said. “I always volunteered and hung around the triathlons long before there was anything else in this town. I used to go to a lot of cycling events in the southern part of Ontario but we didn’t have anything like that up here, which I thought we needed. So, I thought I would try to start something like that and raise some money for charity.”

Twelve years ago, Spin the Lakes started with about 160 participants gathering in the Huntsville Place Mall parking lot. “The venue was free,” Jim said. “And it fit our needs.” Today the event is 700 strong and took over the parking lots of not only Hidden Valley Resort but also Hidden Valley Highlands Ski Area. 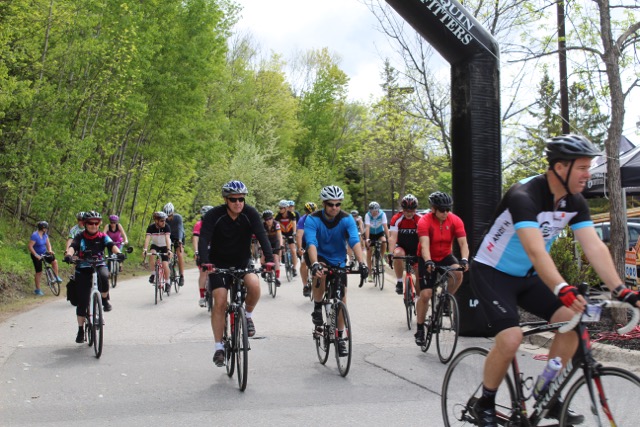 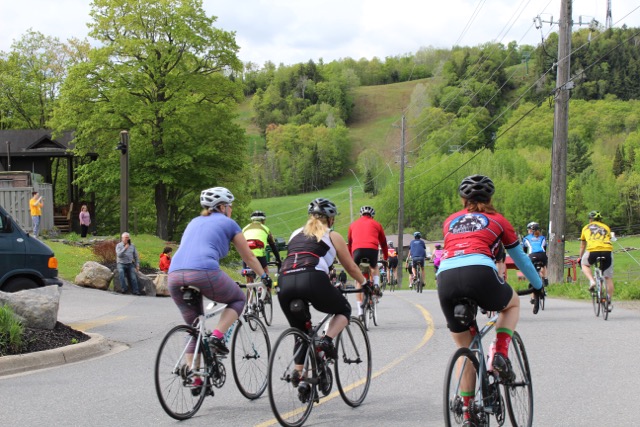 What hasn’t changed is Jim’s dedication to the event and to the charitable aspect of it.

Over the years, proceeds from the event have been donated to such worthy causes as Sears Cancer for Kids and active-living advocacy within the community. However, for the past couple of years, Jim as been looking for a charity with which to establish a long-term relationship. Shortly after reading the book Open Heart, Open Mind by Canadian Olympic cyclist and speed skater Clara Hughes, who writes in the book about her struggle with depression, Jim was approached by the Canadian Mental Health Association about their becoming the name charity for the event. “It felt good to me,” said Jim, “and everything fell into place.”

It’s something I have chosen to do for the community and to bring some recognition to the sport and to this cause.Jim Brendish, Spin the Lakes organizer

In addition to the money raised for charity, Jim says he spends about $30,000 in the local community on such things as food, t-shirts, signage and insurance to host the event.

So we asked the ‘geek’, who loves to ride, why he puts on an event that takes up so much of his time, takes him away from his business, and in which he can’t even participate?

“It’s very hard for me to watch all those people go every year and I don’t get to go,” Jim said. “But the day of, when I see everybody out there having a great time, and they’re happy and they’re smiling and they’re having conversations with everybody about their ride, I watch all this and that just makes me forget all the hard work, and I think, ‘wow, I have to do this again next year’. That’s what happens to me every year.”

So, on that note, see you next year!

Don’t miss out on Doppler! Sign up for our free newsletter here

One of the participants in the annual Spin the Lakes event is Lynn Keane. She was particularly touched when she learned that Jim had chosen the Canadian Mental Health Association as the event’s charitable recipient. Lynn lost her son in 2009. Since that time she has dedicated her life to sharing her family’s story, educating about the underlying causes of depression and the importance of treating mental illness. This is her TedX talk video.