According to Huntsville: With Spirit and Resolve, it had “sunbath corridors, convalescent wards, elevators, Town water and electricity, and ‘the best, excellently lighted operating room with all modern appliances for aseptic treatments’.”

“Insurance” could be purchased from the hospital for five dollars, giving its bearer any care needed for the year.

The woman in the foreground of this photo is Daisy Wardell. 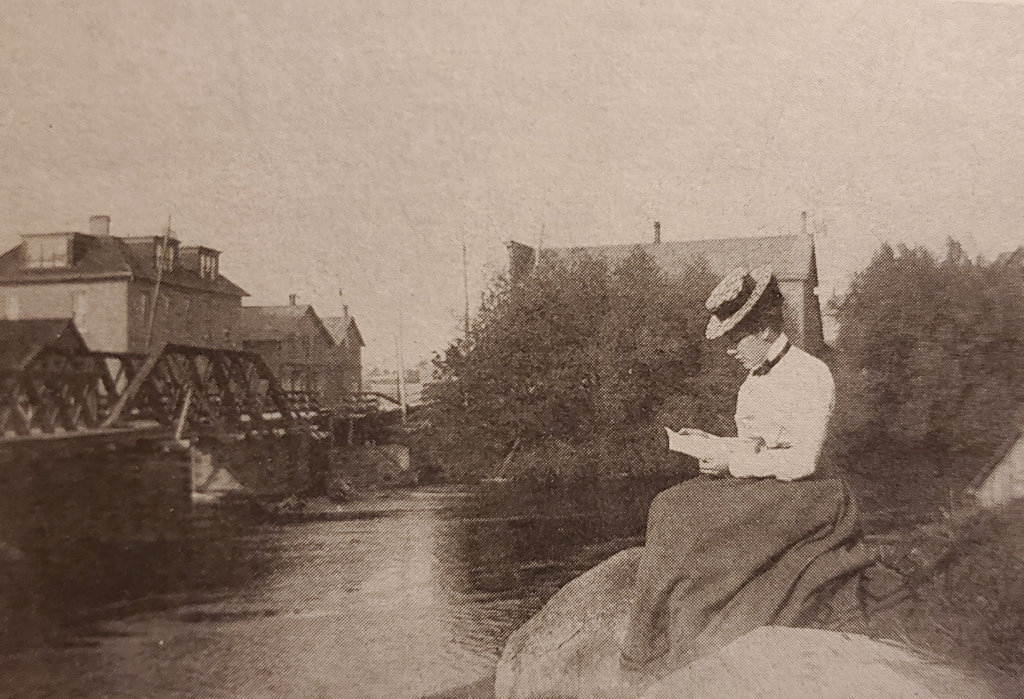 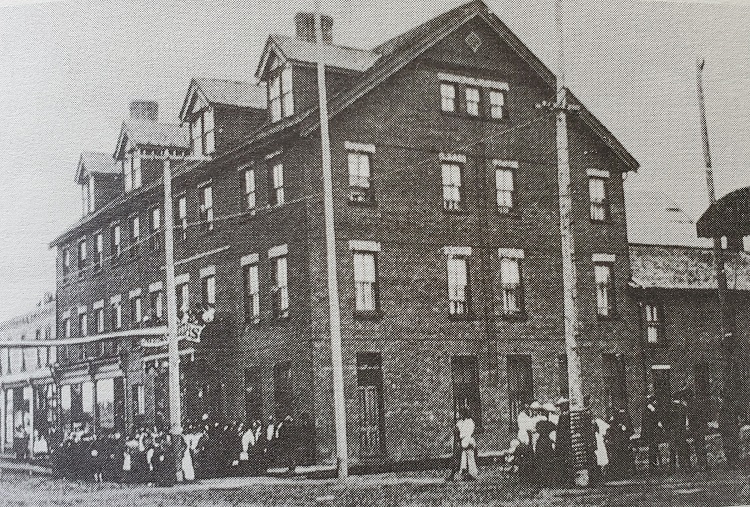 This is the Kent Hotel at the corner of Brunel and Main. It was erected after the Great Fire of 1894, which destroyed the Toronto and Nipissing Hotel that once stood in its place. In 1900 owner Frank Kent added a fourth floor and put speaking tubes in all the rooms. In 1933 it was purchased by Bruce Simmons, who also owned the Dominion Hotel, and renamed the Dominion Annex. The building was demolished in 1936 after which it was the site of a Shell gas station. It is now Kent Park. (Photo: The Braund Family Collection)