The 122nd Battalion, pictured here, in part, in 1916, contained quite a few young men from Huntsville. More than 900 men from across Muskoka joined the battalion during the First World War. They left Toronto in the spring of 1917, taking a train to the east coast and then shipping overseas. They travelled to England aboard the Olympic, sister ship to the Titanic, and encamped at Sunningdale in the Windsor Great Forest. The majority transferred to the Canadian Forestry Corps where they broke all records for the number of feet of timber cut in a 10-hour time period. The battalion’s crest, featuring a river driver with a pike pole, was hand-sewn by the women of Muskoka. (Photo courtesy of Muskoka Heritage Place; details from Huntsville: With Spirit and Resolve) 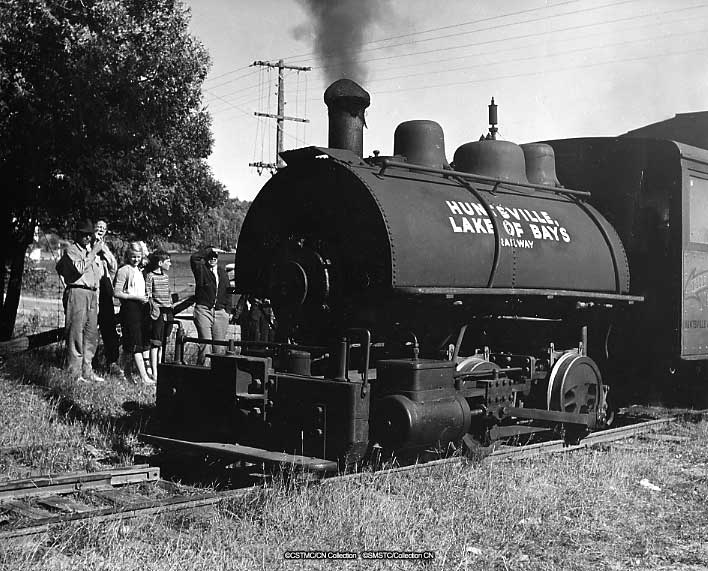 This photo of a Huntsville and Lake of Bays Railway steam locomotive was taken in 1950. The railway carried passengers on a 1-1/8-mile track from Peninsula Lake to Lake of Bays, connecting steamship routes on either side. The railway operated from 1904 until 1959, when increased automobile use diminished its profitability. (Photo courtesy of CN Images of Canada Gallery)